If you’re after an historic endurance racer, it’s probably a wise idea to buy one from someone who knows what they’re like to live with – someone like 2004 LMP2 Le Mans Series champion Sam Hancock, for example.

Now best known as a driver coach and historic racer, he also brokers classic competition cars from his London base – and one of the most interesting offerings on the current Hancock inventory is the 2004 Nasamax-Judd V10 LMP1 car pictured here.

Why? Because it was the first racer ever to compete in the Le Mans 24 Hours running on 100% renewable fuel. 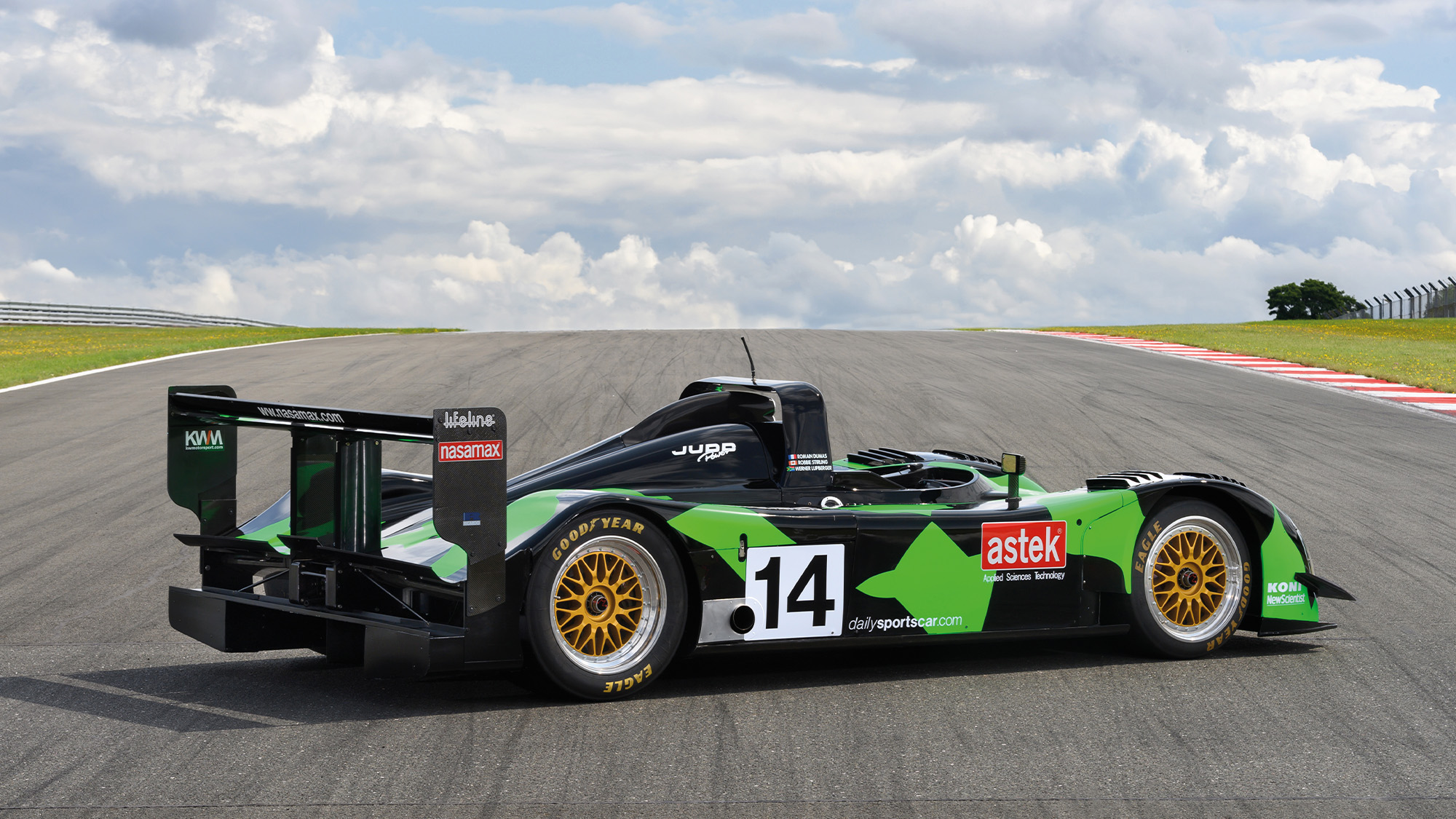 It started life three years earlier as a more conventional car in the form of a Reynard 2QK chassis powered by a four-litre Judd, but was upgraded to Reynard’s top 01Q specification in order to contest the 2001 FIA Sportscar Championship. An auspicious start to the car’s career saw it qualify on pole at that year’s Monza 1000Kms in the livery of  Redman Bright racing, the lead driver being Guy Smith who went on to help Bentley to Le Mans victory three years later.

Despite crossing the Monza finish line in an impressive fourth place, the car remained unraced in 2002 until being bought the following year for Team Nasamax, a Kent-based venture led by scientist and race engineer John McNeil with the aim of proving the viability of running competition cars on renewable fuel.

An initial outing in the Sebring 12 Hours ended in a DNF, after which the car was prepared for Le Mans where it qualified 20th but again failed to stay the course.

No sooner had it returned to base than it was in the garage for a rebuild in order to take advantage of the newly-announced LMP1 class for 2004. This meant a major chassis conversion and the fitting of an F1-derived Judd V10 adapted to run on bioethanol.

The very first LMP1 car to be homologated by the ACO, it was renamed Nasamax DM139 (139 is the main road that runs through Le Mans) – although it made its race debut at the Monza 1000Kms where Romain Dumas, Robbie Stirling and Werner Lupberger proved the future of biofuels in racing by bringing the car home eighth.

Stirling and Lupberger were then joined by Kevin McGarrity for the attempt on Le Mans, at which the Nasamax qualified in 14th spot, clocked the outright quickest speed on the Mulsanne Straight and finished 17th.

And the fact that it was the first (and still the only) car to complete the gruelling event on renewable fuel led the ACO to introduce the Garage 56 category for cars showcasing new technologies.

Soon after completing the last two rounds of the 2004 Le Mans Endurance Series, the car was sold to its current owner who, four years ago, commissioned former Nasamax technicians to complete a ground-up rebuild that included fitting a brand new Judd V10.

Now up, running and ready to go, it’s eligible for both the Peter Auto and Masters Endurance Legends series – and Judd has even confirmed that it could again be converted to use biofuel.

But until it is, all thoughts of running it on old chip fat should be put to one side.