Brands Hatch barely knew  what had hit it. On a sunny April Bank Holiday weekend, more than 25,000 fans packed the grandstands for the GT World Challenge Europe Sprint Cup season opener hoping to catch a glimpse of Valentino Rossi, the Italian MotoGP legend who was making his first appearance in Britain on four wheels.

Inside the Kent circuit, seas of Rossi’s signature fluorescent yellow were visible wherever you looked from the hospitality units, through the woodlands to the far side of the circuit. Rossi’s merchandising army was out in force too, with multiple stands selling flags, caps and T-shirts all emblazoned with ‘46’. 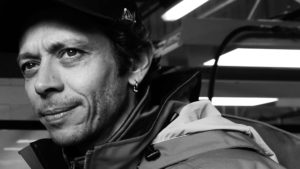 Sharing a Team WRT Audi R8 with Frédéric Vervisch, Rossi took the wheel to start the first race. After avoiding an early incident when a wayward Mercedes spun in the middle of the pack and collected two more cars on the way to the Paddock Hill Bend gravel, Rossi moved up to the edges of the top 10 in the opening corners. Cheered on by the growing crowd, the first stint passed without much more drama. Rossi kept it neat and tidy, and maintained a competitive pace before handing to Vervisch.

From there, race one was brought to life late on with backmarkers baulking the leader and eventual winner, AF Corse’s Pierre-Alexandre Jean. Dries Vanthoor and Raffaele Marciello tried in vain to overhaul the Ferrari, finishing 1.2sec and 1.6sec respectively behind the winner. The podium finishers were applauded for their efforts, but the 46 car that finished 13th was the one that got the most fanfare on the in-lap. It was a solid opening stint, and a platform to build on.

As is often the case in Britain, the weather took a turn for the worse, with rain at lunchtime. There was no dampening the crowd’s spirits though. Two fans draped in an Italian flag had carved a route through to the front of the fences up Hailwoods Hill. Having travelled from Bologna to see Rossi tackle Brands, they were keen to soak up as much of the atmosphere as possible.

“He is doing great; it is amazing to see him doing so well and see all the yellow in the stands,” one of the fans said. “We go to a lot of the GT races, but this is very cool to have ‘Vale’ here and the other Italian guys doing so well. It’s definitely busier than usual [at Brands] which is good.”

Even the marshals appeared caught up in Rossi mania. “Usually you get four [marshals] on a post but as you can see this weekend, there are about eight at each,” one explained. “The BTCC weekend is usually the busiest, but this feels much bigger.”

A strong first stint in race two from Vervisch helped the Team WRT Audi to an eighth-place finish, and with it securing Rossi’s first championship points in GT3 – he finished down the order after a pitlane mix-up on his true GTWC debut in the Endurance Cup series at Imola in April.

“Race two was much better, I am very happy because I sensed a big step forward in my driving and I improved a lot my lap times, especially towards the end, when I was feeling more comfortable with the car and the track,” Rossi said afterwards. “I really enjoyed those final laps!”

But not as much as the crowds did.