I was very interested to read in your April issue the letter from Mr. H. D. Brown Kelly regarding the gearbox and transmission on some models of the Marendaz Special.

The reason I write is because my brother and I owned such a car and in 1936 took out the original gearbox and modified the transmission. We replaced it with a Talbot box fixed to the chassis. It would be interesting to hear if the car we had is the one Mr. H. D. Brown Kelly refers to. I have pleasure in attaching a photo of the car with myself beside it taken in 1937 shortly after the mod’ was made. The reg. number was BGW 770. The car was a 1934 model.

I remember that the car had a number of faults. The steering had to be adjusted and aligned correctly otherwise it would develop a sudden “shimmy” in the most awkward traffic situations. The engine I recall was of American manufacture (an Erskine I believe very much sleeved down) and side-valve with very little performance due to the lack of compression. Had we have known better my brother and I should have removed the liners and brought the compression back to normal. In those days, however, H.P. tax was all important. The original transmission certainly had all the faults that are referred to hence the reason for the change which, I may add, made all the difference.

In my sixties I am still very interested in cars of the 20’s and 30’s. I have just restored a D8.15S Delage from a wreck to concours in four years. This marque is an old love of mine as I was brought up on my father’s DI. 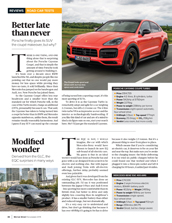 There is one thing, and one thing alone that is surprising about the Porsche Cayenne Coupé, and that is simply the amount of time Porsche took getting around to building… 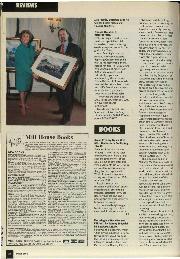 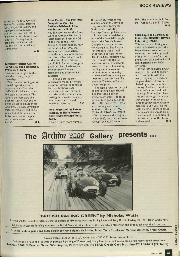 by Trevor Griffiths. Bloomsbury Publishing, £16.99. Pedants of the world unite. Although motor racing reference books don't have a long shelf-life (this one will effectively be out of date after… 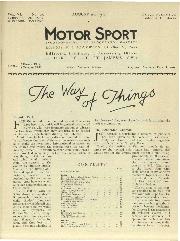 The way of things

datiete Phoenix Park. FOR the second time the Irish Grand Prix races have been run, and it will be generally conceded by those who were fortunate enough to witness the… 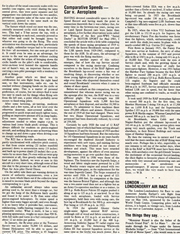 "Monsieur Ricard is also the father of the French Grand Prix" At Le Mans ". . .the cars snake through the Virages under the famous Michelin bridge!", — from "Club Internationals World…