Former team owner Derrick Walker is in his second season as IndyCar’s president of competition and operations. Under his direction IndyCar has seen detail safety improvements to its fleet of 60 or more Dallara DW12 spec racers. But Walker has also been thinking hard about IndyCar’s long-term future.

First of all, this year’s safety upgrades include foam-filled carbon-fibre panels for additional side impact protection, a stronger carbon-fibre ring circling the cockpit opening and a more compliant headrest made from layered Nomex rather than the old, harder Kevlar material.

Indycars generate plenty of g-loads, particularly on ovals, but as part of IndyCar’s overall effort to keep costs down the Dallara DW12 doesn’t have power steering. Most drivers have complained about it and quite a few have suffered wrist injuries from the steering’s vicious kick-back. Cost and space constraints inside the car mean a full power steering system isn’t possible, but a hydraulic damper developed by IndyCar and Dallara is expected to be used later this year.

Looking ahead Walker argues for extending IndyCar’s long-term contract with Dallara to continue supplying spec chassis, but allowing the teams and engine manufacturers to develop their own bodywork and aerodynamics. Walker is deeply aware that the sponsorship and TV revenue available to IndyCar and its teams simply isn’t strong enough to pay for a return to CART’s 1990s heyday.

“I don’t think we can and I’m not sure that we have to go all the way back to the way it was where we all bought cars from three different manufacturers and the cars had a shelf life of about a year,” Walker said. “In those days the big teams had the sponsorship and manufacturer support to buy new cars every year, but I’m not sure that the racing industry today can support that kind of thing.

“These days there aren’t several Dallaras or Lolas or Reynards out there that can do it the way it used to be done – and I’m not sure we need to go back to that. Are we going to attract a lot of fans by spending money on building and racing three different gearboxes that are continually being updated and made obsolete?

“To me, it’s more important for everybody to have the same chassis, because if you put all the development into that chassis you’ve got a good-quality safety cell. So you retain that development of where the driver sits.

“You can argue that certain components on the car need to be consistent and other parts need to be variables. The variables could be the whole body section. The aerodynamic parts that bolt onto the car, which could be the nose, the wings, the top section, the underbody and engine cover – all those parts that really form the shape and look of the car could be made in faraway places and come together as one race car.

“All the cars could have a similar engine bay and gearbox for cost reasons. If some of these things were retained as well-developed, single-manufacturer items, and the bodywork and wings were open to modification, it would be a step back towards where we used to be.

“I think we need to have different looks and shapes and brands, but I’m not sure that the key components shouldn’t be consistent on all cars. I see that as a practical, safe and cost-effective way for us to manage the diversity and creativity that we’re seeking without having to go all the way back to the way it was in the 1990s.

“Quite frankly,” Walker adds, “I don’t see any other way until we get much stronger, healthier and richer, and more people are watching.”

Sadly, I have to agree. 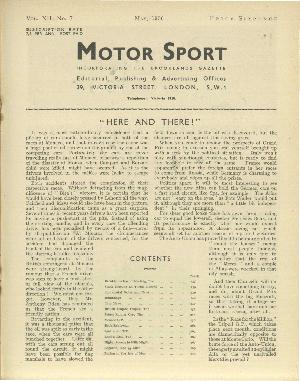 "HERE AND THERE!" It was a_ most extraordinary coincidence that a pile-up of cars should have occurred in both of the races at Monaco, and that in each case the… 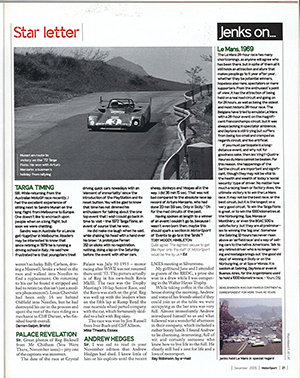 Le Mans, 1969 The Le Mans 24-hour race has many shortcomings, as anyone will agree who has been there, but in spite of them all it still holds an attraction… 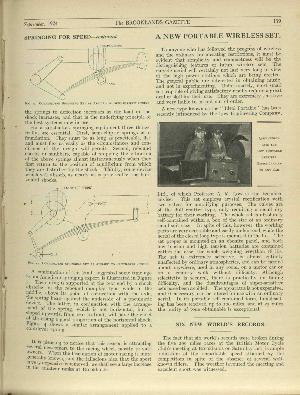 To anyone who has followed the progress of wireless and the ordinary broadcasting restrictions, it must be evident that simplicity and compactness will be the distinguishitg features of future wireless… 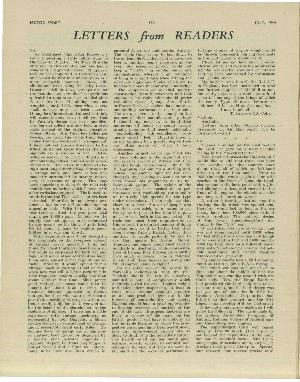 Sir, Thanks a million for the road test of the Cord ; it gave me a most peculiar feeling in my accelerator toe. Now, to set enthusiasts looking around, I…

July 1944 Issue
By Motor Sport
Out of stock