Although we turned up some great pictures for our Israeli Grand Prix story in this issue we were disappointed not to find a good image of the official programme. Written in Hebrew, it must be one of the rarest programmes out there (cue immediate response from reader who has a perfect copy in his collection…). Since until recent years organisers gave or sold programmes – race cards in horsey speak – to most of the people attending their events they’re not rare as a group, even though many would be binned after the race. Yet it’s the sort of item that can turn into a collection even though you didn’t intend it.

Perhaps you’re a faithful spectator at your local circuit and have attended almost every meeting since you were a lad or lass, and it’s only when your other half asks, “Do we really need to keep this box of old racing stuff?” that you realise you have an almost complete run since you started going. That’s when you decide it would be nice to fill in that gap from when you went on holiday and missed a meeting, which leads you to the internet and specialist providers. 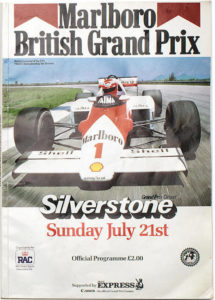 But once you’ve filled that gap, don’t promise your children they will be rich when they sell the collection. Racing programmes just aren’t hugely valuable, barring the odd example which by scarcity, immense age, or personal inscriptions by anyone from Charles Jarrott to Lewis Hamilton, sees two avid collectors fighting over it in the auction hall. Bonhams sold two British Grand Prix programmes for £965 because they carried autographs from Stewart, Hulme, Andretti, McLaren, Rindt and a slew of others, whereas individual programmes can be had for £4 or £5 upwards from dealers online. Auction houses will in general only handle a collection, and even then it’s most likely to sell for £50 to £150. Exceptions are those autographed examples, or race cards from the more distant and romantic events such as Targa Florio or Carrera Panamericana.

But if not hugely valuable, programmes still have their value. Often attractive, with fine cover artwork, they can be useful in confirming a certain driver or car was present at a certain meeting. Some contain useful information about drivers or cars due to appear. They can help with identification – our own Simon Arron has a huge collection which can pin down a car in a photo. Or they may simply be an evocative reminder of that soggy day you spent at Castle Combe.

Apart from accidental collections, there are people who collect to a theme. It might be pre-World War 2 race meetings or RAC Rallies, it might follow the career of a certain driver, or it might be to show how cover graphics progressed over the years.

The earliest programme covers, and those of small cash-strapped clubs, often consisted simply of rows of text but by the 1920s art had arrived. It was expensive to make plates for photographic covers, and colour printing was more costly than monochrome, so some organisers used the same image for every programme. Brooklands is a prime example, using the same illustration of a generic racing driver for years with a blank space for the new meeting details. Other circuits went modernist – pre-war, Donington Park used a very striking Deco style design for its programmes – but it was after the 1960s that covers (and posters) blossomed artistically, many even going psychedelic in the ’70s. 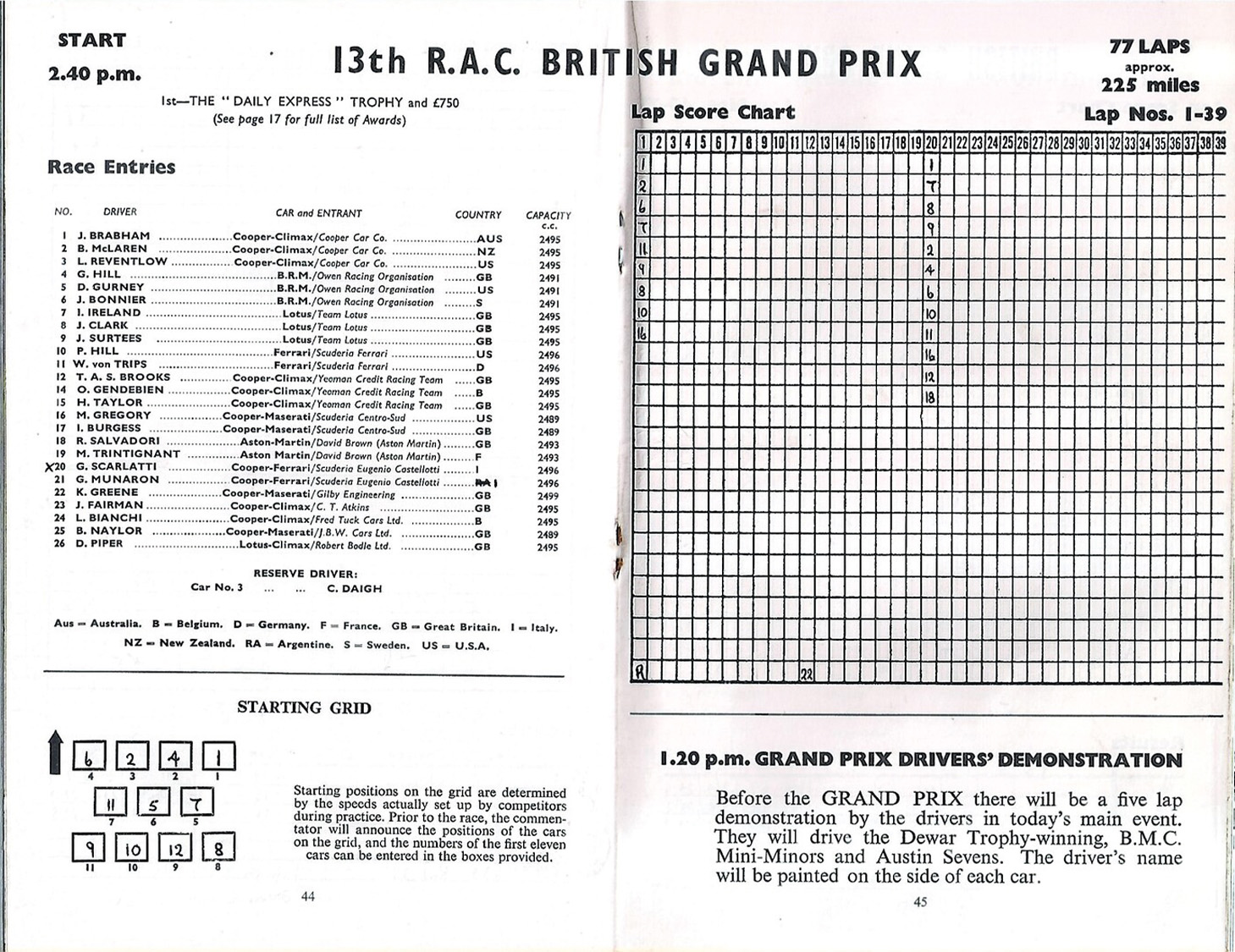 Inside a race programme you may find a lap chart for the keen spectator to fill in. Some prefer it unsullied, others like to have the information

If you’re buying, condition matters: staples rust, covers tear and people write in those spaces for qualifying and results, which you may or may not see as a downside. I myself have a box of pre-war programmes rescued from Motor Sport’s Standard House office with annotations by, I assume, Bill Boddy – historical interest for us but unlikely to form my pension fund.

Naturally many more copies were printed for grands prix than for small meetings, so if you are most interested in speedway meetings at Belle Vue or stock cars at Cowdenbeath you may be in for a long search. Of course prolonged searching and the excitement of the hunt is exactly what collecting is about.