“DEATH IN THE AIR” THE COCKBURN-LANG DIARY AND COLLECTION OF PHOTOGRAPHS NOW AVAILABLE IN BOOK FORM.

FOR many months readers of the illustrated London News and the Sunday Pictorial have marvelled at the amazing series of photographs appearing in those publications, of aerial combats dining the Great War. Now the whole series of prints, together with the diary describing the battles shown in the photographs, has been published in book form at 8s. 6d. by Wm. Heinemann, Ltd. In certain quarters there has arisen a good deal of controversy as to the authenticity of the photographs, and this was no doubt caused by the fact that the name of the photographer (who was killed), together With any clues as to his squadron and associates, have been carefully Withheld. In this connection it is worth while noting that the publishers themselves do not vouch for

the book’s authenticity. For ourselves, while not venturing to express a definite opinion on the matter, it seems extremely unlikely that the photographs are fakes. We prefer to take the book at its face value and appreciate it for an astonishing piece of work revealing a literal picture of a phase of the War which became nearer, in its individual battles, to the original conception of War as a trial of chivalry and bravery. Only one photograph could be taken during each flight, and the camera was mounted in different positions, sometimes on the lower wing of the author’s machine, facing forwards, and at other times on the fuselage behind the pilot’s head, facing backwards. The pictures are exceedingly vivid, and. show the tenseness of an aerial fight, with

enemy machines whirling into sight from all sides. There are some gruesome shots, notably that showing the German pilot falling from his burning machine, and that of the two machines colliding in mid-air (an occurrence which, judging by the photographs, one would have thought would have been of far greater frequency).

The diary itself is at times rather forced in style, which will be quite understandable to those who have tried to write a really natural diary, and need not be, as has been suggested, a• sign of unauthenticity.

“Death in the Air” is a book which will appeal to all those by whom the work of the R.F.C. and the R.A.F. during the Great War is valued at its true worth. 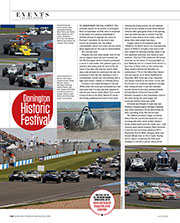 To understand the full context, you probably needed to be present at Donington Park on September 4 2010, when it reopened in the wake of its previous leaseholder’s ill-fated attempt… 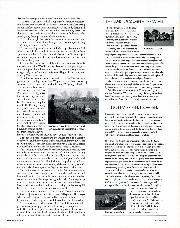 The start of something small

Britain's first post-war mainland circuit race was a 500cc event at Gransden Lodge airfield on July 13, 1947. But only four cars took the start, so it is the RAC… 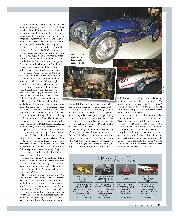 WHAT WE'D BLOW THE BUDGET ON THIS MONTH DREAV GARAG ANDY GILBERG ROYALE RP20 There's only one of these. With its 2-litre Cosworth BDG ifs eligible for F2 and Atlantic… 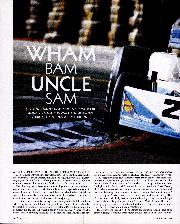 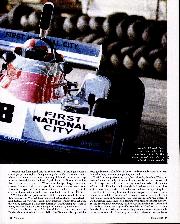 Two huge names in American racing were among F1's teams in 1976. David Malsher charts their roller-coaster ride A vigorous battle between the Parnelli of Mario Andretti and John Watson's…