Recently the heir to my overdraft flew into Tripoli, Libya, armed by me with misinformation. He was keen to see the North African state, and glancing at a map I’d remarked to him that he would be landing at a vast aerodrome which had been built during WWII on the site of the fabulous Mellaha circuit, home of the pre-war Tripoli Grand Prix.

I had it completely wrong. Today’s Tripoli International Airport lies some 15 miles south of the city centre, while the old GP circuit barely six miles east of the centre along the Mediterranean coast has been largely obliterated by what was known from 1971-95 as the Okba Ben Nafi Air Base. It was built on the old race circuit site by the Americans in 1943 and from 1945-70 the US military developed and operated it as Wheelus AFB until new Libyan president Col Muammar El-Gaddafi gave them the elbow, and invited Soviet influence to take their place.

During its aviation career this site – which had previously echoed to the exhaust notes of the Sedici Cilindri Maserati, the twin-engined Alfa Romeo Bimotore, the cream of ‘Silver Arrow’ Auto Unions and Mercedes-Benz W125s, W154s, and the one-shot wonder W165s in 1939 – shook to new sounds.

American B24 Liberator bombers, the gargantuan six-engined, pusher-propeller B36 Peacemakers, F86-F100 Sabre fighters, B52s and many more were based or cycled through this vast American base with its complement of almost 5000 officers and men. After 1970 they were replaced by different shapes and sounds as the Soviet-supplied Libyan Air Force began operating Mig 17, 19 and 25 fighters, later replaced by Sukhoi Su 24s and Tupolev Tu 22 bombers. The more perceptive of locals might have recognised the sound of returning US aircraft at 2am on April 16, 1986, followed by the sound of exploding munitions…

President Reagan had ordered an attack against Gaddafi’s regime, and the former Mellaha race circuit’s aerodrome took many hits from swing-wing F111s operating on a 14-hour, 5800-mile round trip from their English base at Lakenheath, Suffolk.

Since then, Libya has gradually regained international respectability, and with the decline of a fortress mentality Okba Ben Nafi Air Base assumed part-civilian status in 1995 as the renamed Mitiga International Airport, though fighter aircraft and military transport planes still dot its vast sun-baked concrete aprons.

All this is a world away from the Mellaha circuit’s origins, of course, in 1925 when Tripoli was the capital of the Italian colony of Tripolitania. Their own Grand Prix was backed by the ever-enthusiastic Fascist authorities, and used a lazy loop of local roads around Mellaha’s Tagiura Oasis, which was apparently shallow, salty, and stank. Everywhere towered tall, high-arched date palms. Tripoli GP winners through the later 1920s included Nuvolari in a Bugatti, Gastone Brilli-Peri’s Talbot and, in 1930, ‘Baconin’ Borzacchini’s Maserati in a race which saw Brilli-Peri crash fatally. Colonial governor Marshal Italo Balbo – considered as a potential rival to Mussolini himself, which might explain his posting far from home – then backed modernisation of the Mellaha circuit into the world’s finest motor racing facility, with an elaborate main grandstand and pit row to match. It might have made Hermann Tilke proud! Its lap length was 8.1 miles and its eventual lap record was left at well over 140mph (by Hans Stuck’s V16 Auto Union in 1937).

Some locations absolutely drip modern history. For my money, Libya’s Mellaha/Wheelus/Okba Ben Nafi/Mitiga International is one of them…

Why Hill was no fan of BRM's first 'black box' recorder

Was first Indy result a fix?

Why Hill was no fan of BRM's first 'black box' recorder

Was first Indy result a fix? 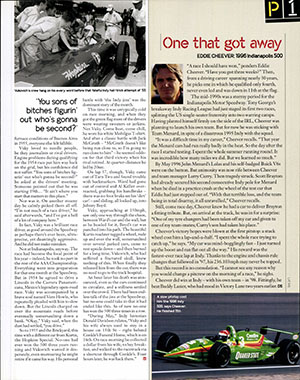 One that got away

EDDIE CHEEVER: 1996 Indianapolis 500 "A race I should have won," ponders Eddie Cheever. "Have you got three weeks?" Then, from a driving career spanning nearly 30 years, he picks… 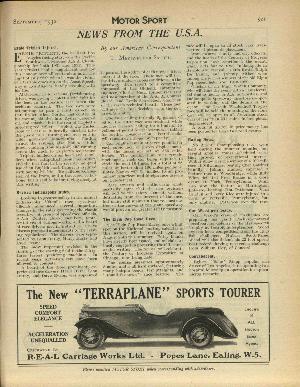 NEWS FROM THE U.S.A. 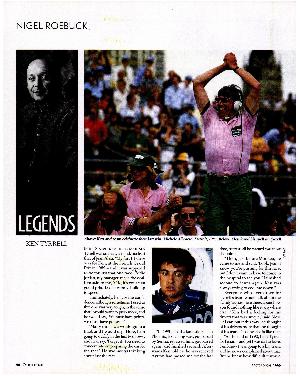 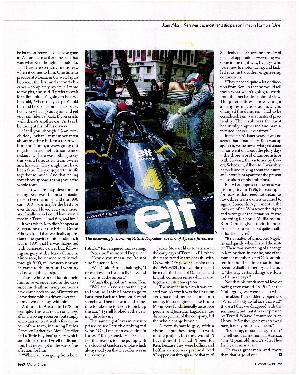 Ken Tyrrell In the Spa paddock, the loss of Ken Tyrrell was on many a mind, not least that of Jean Alesi. "My first F1 drive was for Ken, at… 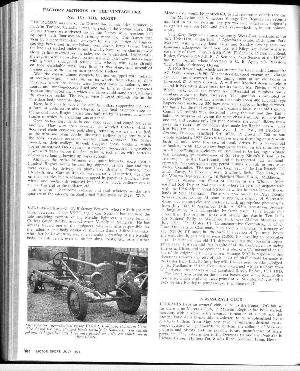 Factory methods of the vintage era

No. 15: the Rugby The Rugby was one of the Durant line of assembled automobiles made in Toronto, Canada, during the peak of the vintage years. The chassis frames were…