Australia won’t be hosting the first Formula 1 race this year after it was postponed until November, leaving Bahrain to raise the curtain on the 2021 season.

The teams will already be set up and ready to go after a switch of pre-season testing venue from Barcelona to Sakhir, but there will only be three days of track time ahead of the race.

Memories of the thrilling Sakhir GP in December are still fresh and hopefully there will be similar fireworks on the race’s return to the full circuit layout.

George Russell’s nearly moment and Sergio Pérez’s maiden win made for one of the best races of 2020 on the track’s outer loop, and Pérez is the one who stands the best chance of more success on the main track.

A lifeline with Red Bull alongside Max Verstappen was a worthy reward for the finest year of his career so far, but can the Mexican really challenge his team-mate?

Further down the pitlane, it will be unfamiliar territory for Ferrari as the Maranello squad hopes to bounce back from its worst season in 40 years with the exciting pairing of Carlos Sainz and Charles Leclerc.

Sebastian Vettel has traded in his red overalls for British racing green and Aston Martin. The team celebrated a win decked in the pink of Racing Point when last in Bahrain. Can four-time champion Vettel hit the ground running in 2021?

Then there’s the return of Fernando Alonso with Alpine. Rebranded from the yellow of Renault to the tricolour for the performance brand, the Spaniard returns to F1 with title aspirations, but his reputation for outperforming whatever car he’s in means that he can’t be counted out for a surprise or two this year.

Importantly, will anyone be able to stop Mercedes’ Lewis Hamilton from taking a record-breaking eighth championship?

The Hypercar era begins with a return to the United States for the 1000 Miles of Sebring after its cancellation last season. It will be the first taste of the new World Endurance Championship and life after LMP1.

Sandown replaces Albert Park for the second round of the Aussie Supercars 2021 season following the postponement of the F1 race. Reigning champion Scott McLaughlin will not be on the grid to defend his title after switching to IndyCar.

Donington’s 2021 season gets started with the Stage Rally on the 21st. There will be plenty of rally action to take in as well as access to the paddock. Tickets are available to the event and will be refundable if spectators are prevented from attending.

MotoGP is back in the Middle East after 2020’s Qatar round was cancelled. Defending champion Suzuki is without Davide Brivio after his departure to F1, Marc Márquez is racing to be fit in time for the opener while Ducati and Yamaha hope to close the gap to the top.

NASCAR has shaken up its calendar and one of the major dates comes at the end of March at Bristol Motor Speedway, Tennessee. ‘The Last Great Colosseum’ will look a little different though as the premier series returns to dirt for the first time in over 50 years.

No, I have no idea what they were thinking when they styled it either, but this is another one of those impossibly brave BMWs we’ve seen from time to time.… 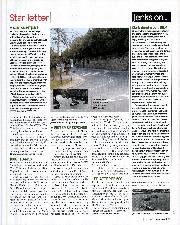 Magic Montjuich Sir, I was delighted to read Nigel Roebuck's 'Legends' in the June issue on Montjuich Park. I was always fascinated by this venue, but was never lucky enough… 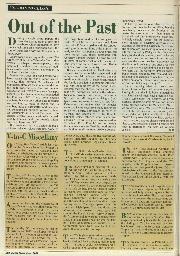 Our "Forgotten Makes" article last year on the Duo cyclecar has brought a letter from Ron Jacob of Auckland, New Zealand, who believes that he may have the sole survivor.… 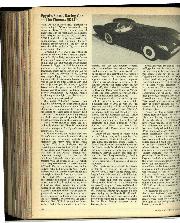 One of my favourite trick questions on motor racing is: "What is the national racing colour of Egypt?" This arcane piece of knowledge is in the "Not many people know…