Johan Hanhart started out as a watch retailer in 1882, but 20 years later his son Wilhelm joined the business and set about turning Hanhart into a manufacturer by opening a factory in Schwenningen, Germany. ‘Willy’ was a keen athlete and didn’t take too kindly to the fact that all the stopwatches used for timing his track-and-field events were Swiss-made and expensive.

Production ramped up at the start of World War II when Hanhart was flooded with orders for military chronographs that, primarily, were issued to pilots and naval officers. By 1940, the firm’s original single-button design had been augmented by a model with two chronograph buttons, the lower of which was red to help prevent accidental use of the re-set mechanism – a distinctive feature still used today.

In the 1960s, however, when dial names such as Heuer, Yema and Universal were attracting motor racing stars and fans with their driver-orientated wrist chronographs, Hanhart ceased production of such watches altogether and concentrated on stopwatches. Its Amigo made the firm the worldwide leader in stopwatch sales.

Hanhart timing systems were widely adopted by race teams large and small. At Phillips in 2018, for example, a ’50s rally timer set made for Ferrari crossed the block for more than £10,000. The chronograph clock and separate matching stopwatch were still contained in their original control case that was designed to be screwed to the navigator’s side of the car dashboard.

By the 1970s, Hanhart was as widely recognised around the world’s race circuits as Heuer, despite the fact that the brand no longer made wristwatches. That changed in the early 1990s when it introduced a replica of its 1939 pilot’s wrist chronograph, but it wasn’t until 2013 that the Pioneer Racemaster driving watches were introduced to mark Hanhart’s history in motor sport.

The 45mm Racemaster range comprises three models, all of which have perforated leather straps. The GT and GTF feature two-pusher chronograph mechanisms, while the GTM uses a single-pusher. If you appreciate genuine motor sport heritage and a watch that isn’t an obvious choice, look no further. 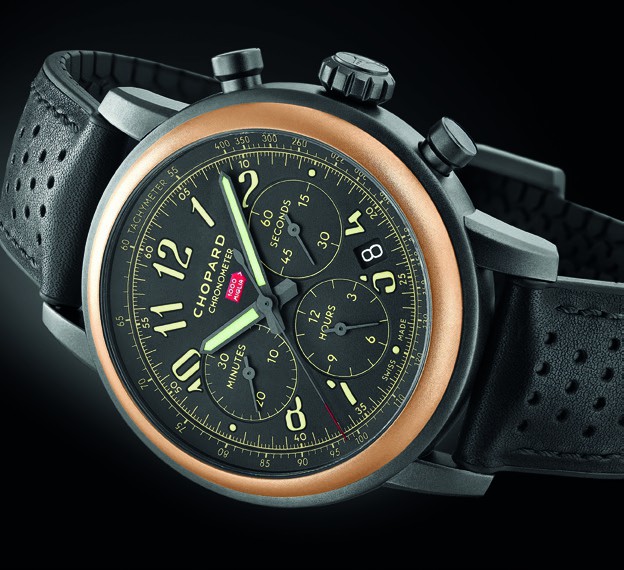 Every year since 1988, Chopard has produced a fresh Race Edition chronograph in celebration of its role as sponsor of the Mille Miglia. In 2020 as usual, each team was given a uniquely numbered version of the latest MM watch, which is also on sale as a non-numbered edition of 1000 pieces. The stainless steel case makes for a superb ‘tool watch’ look; there is also a 250-piece edition with a rose gold bezel at £7330. In either format, one of the best Mille Miglias to date. 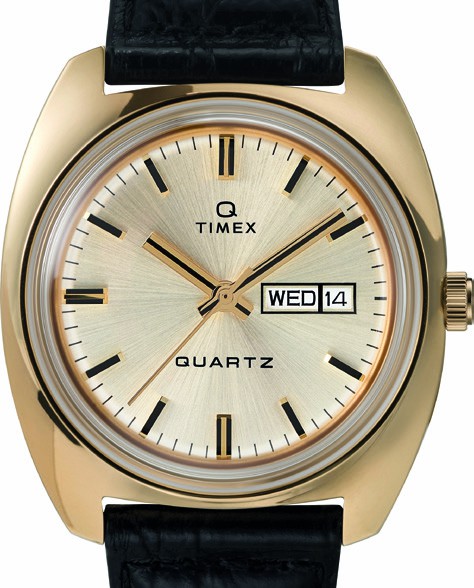 People who wear a Timex often seem to have a sense of inferiority, probably because they don’t realise that the US brand is one of the most innovative in the history of watch production. It met the Japanese quartz invasion head-on in the 1970s with its own range of quartz-powered Q Timex models. Now is the time to ‘Q’ a reissue of the superb Marmont from 1975. Combining a stainless steel case with a bit of plated gold-tone detailing, it looks like the watch a kindly uncle wore 45 years ago, yet it looks rather cool today.