Good news for anyone who likes unusual automotive-inspired watches – the creations of Giuliano Mazzuoli are once again available in the UK after an absence of five years.

Until 1993 the Italian ran a family publishing business that specialised in furniture catalogues. But in the mid ’90s, long before the Filofax was ousted by the smart phone, he devised a diary that attracted a huge following with its brightly coloured cover options and practical layout.

In 2001 Mazzuoli followed it up with his range of Officina writing instruments that took design inspiration from a box of tools once used in his grandfather’s bicycle repair shop – and the idea of adapting the appearance of everyday things led to the Mocha pen based on one of Italy’s most distinctive appliances: the Bialetti stove-top coffee maker. It was that philosophy of marrying familiar shapes with unfamiliar items that led to the first Giuliano Mazzuoli watch, the Manometro (Italian: pressure gauge).

“I made the first one for fun after looking at one of the pressure gauges on a machine in the printing works,” Mazzuoli once told me. “It was never intended to be commercialised, but people liked it and said I should make more and sell them. So that’s how it started.”

The first steel-cased watches went on sale in 2005 and proved popular with people who appreciate the combination of avant-garde design and a vintage look, with examples of the watch being spotted on the wrists of everyone from Gianni Agnelli’s style-maven grandson Lapo Elkann to the Prince of Naples.

Variations on the theme soon followed, such as a chronograph model and a choice of case materials, including titanium, carbon fibre, rose gold or combinations of the three – as well as the more complex Contagiri (based on the rev counter of the 2008 Alfa 8C Competizione) and the gearbox-inspired Trasmissione.

While the Manometro has never been the biggest-selling watch, it’s no exaggeration to describe it as a ‘cult’ model – and its return to these shores through new distributor The Devoy Group should attract plenty of attention from those who missed it first time around.

Featuring the same 45mm ‘pressure gauge’ case with two o’clock winding crown, the Manometro can now be had in brushed or polished stainless steel or bronze and with a choice of six dial colours – ivory, black, blue, green, white or red. There’s a trusty ETA self-winding movement inside, and each watch is supplied on a strap made from Tuscan leather.

What is surprising is that a Manometro will set you back no more than it would have done five years ago, so it’s less expensive in reality. 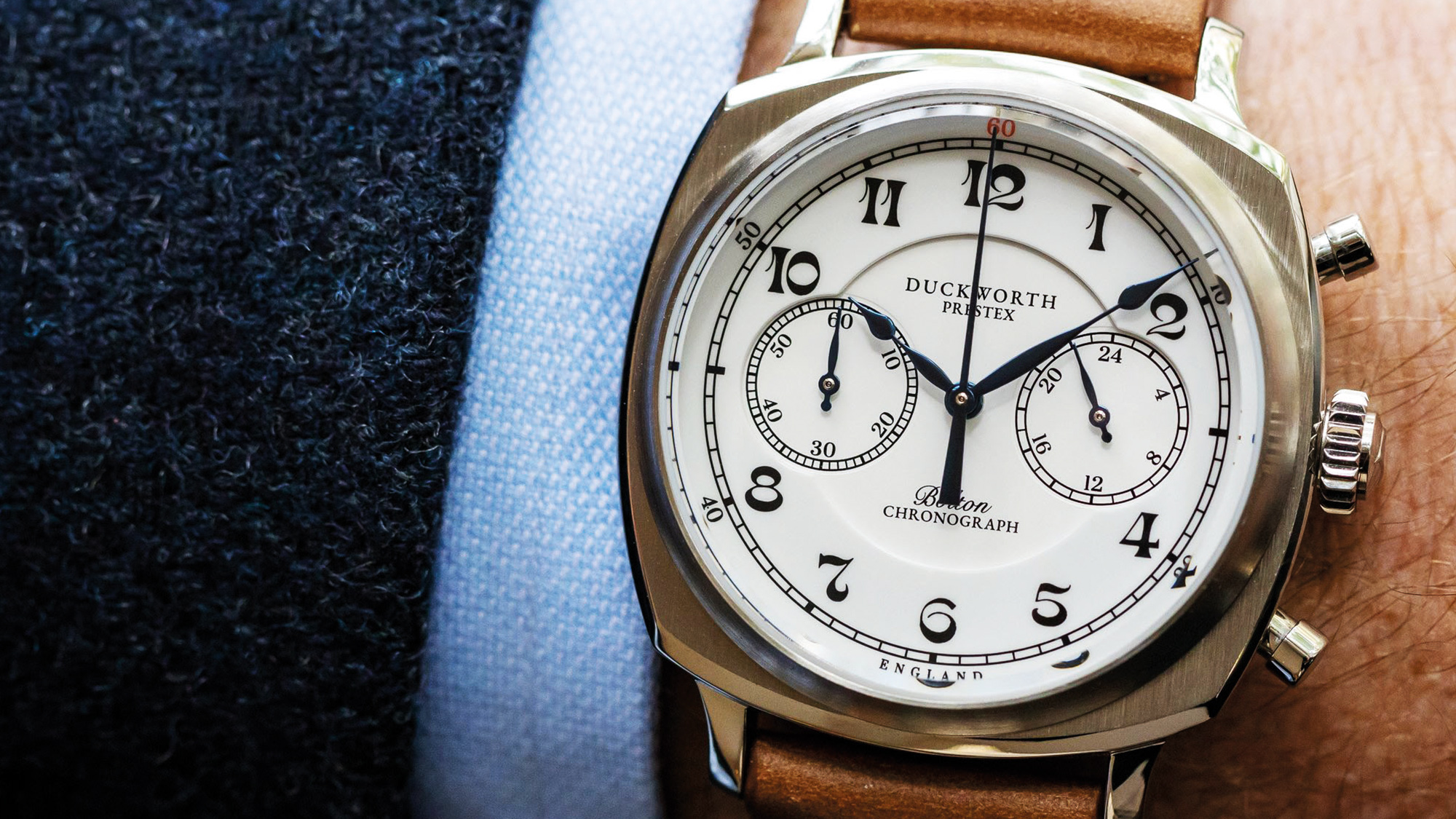 Neil Duckworth is a veteran of the UK watch scene having been a distributor of several blue-chip brands, including TAG Heuer prior to its acquisition by LVMH. His ambition, however, was to revive the Prestex dial name established by his grandfather in 1924. He succeeded a year ago with the launch of a range that has been joined by the 39mm Bolton, above, with detailing based on an early Prestex pocket watch design. A quartz movement keeps the price down. 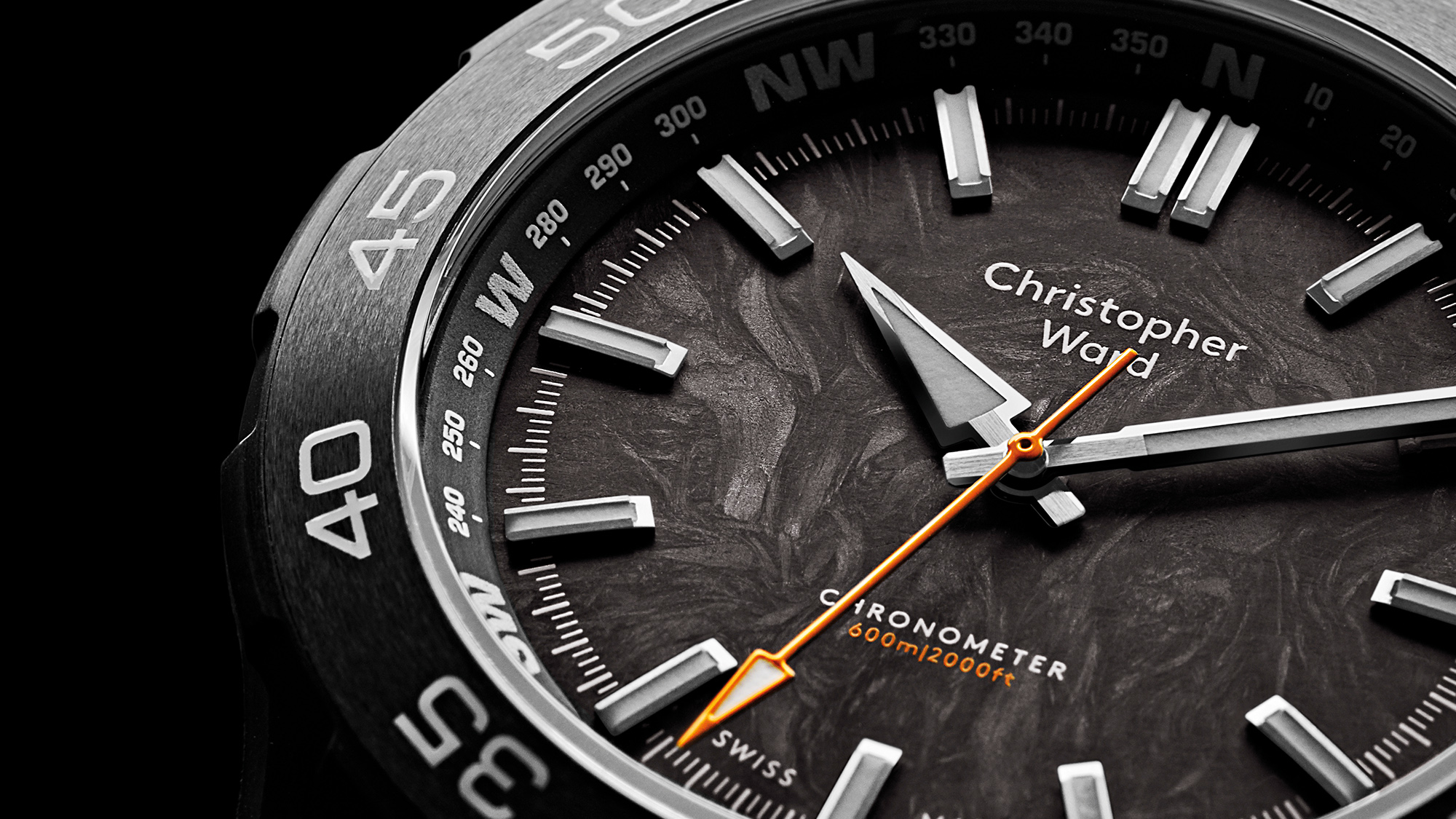 Christopher Ward has become the latest sponsor of Team BRIT, which is aiming to be the first disabled team to race at Le Mans. The drivers comprise Bobby Trundley, 22, the world’s highest-ranking autistic racing driver; Aaron Morgan, 29, who broke his back in teenage motocross; and former wheelchair tennis star Chris Overend, 39, who has hip dysplasia. Drivers were offered a CW watch; Trundley went for the C60 Lympstone, above.