I’ve been racing for 46 years so there have been a lot of great rivals. There was Jacques Villeneuve, who I beat to win the Japanese F3 championship, Eddie Irvine, and Nigel Mansell but I’ve chosen Tom Kristensen because our rivalry began in Japan in the ’90s and we’re still fighting side by side in historic racing. Our rivalry has not been unpleasant but it’s certainly been intense at times and lasted for a long time.

I first met Tom at Fuji when we were both racing in Japan. I remember this good-looking young guy, with curly hair and shades perched on his head. He had a certain ‘swagger’, a confidence about him, which came across in his driving style as it still does to this day.

Two of our titanic battles come to mind from the Japanese Touring Car series in 1995 and from Le Mans in 2002 when Tom was with Audi and I had the MG-Lola LMP675 prototype. Of course Tom was totally dominant, winning everything with Audi, but our lap times were quite similar and we qualified sixth behind the LMP900 cars.

Although the MG had less power, it was much lighter, we’d brake later, accelerate faster. In the middle of the night I saw an Audi emerge from the pits ahead of me and somehow I was sure it was Tom. It took me about five laps to catch him up and I heard later that he had radioed in to ask who it was on his tail and the engineer told him, ‘It’s Reid.’ I don’t think he was too happy as I was all over the back of the Audi. It didn’t last long, the MG broke down, and we all went to the bar… while Tom, as you would expect, went on to win, heading an Audi 1-2-3 victory. Sometimes at Le Mans it’s better to retire when the car is failing – rather than driving round for hours when the car is just not competitive any more. 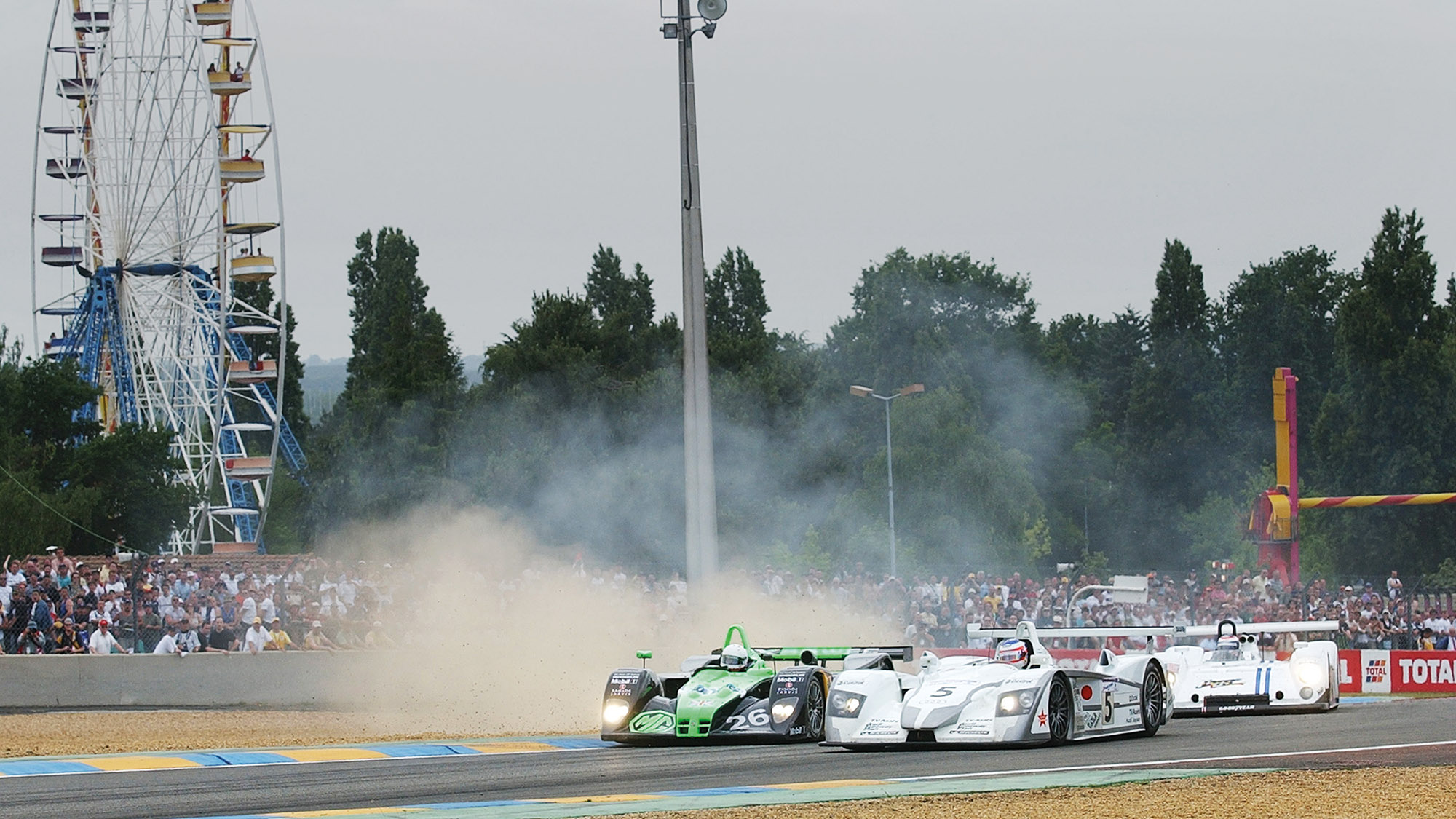 In 1995 we had some big duels in the Japanese Touring Car Championship. I had the Opel Vectra, whereas Tom had the Toyota Corona. At Mie in July I came up behind him at the back of the circuit where’s there’s a straight with a kink which makes overtaking difficult. Tom was defending but I held my line, we made contact, he spun off the track, and I went on to win the race – one of three I won that year. He wasn’t at all happy. I was fined £2000 for the incident but kept the win.

We didn’t speak to each other for a while after that. At the end of the season I was fourth, just five points ahead of him and Steve Soper won the championship.

Away from the circuit the European community was very close, we played sports together, went to nightclubs, dined together. We all got on pretty well and Tom and I are still dicing at the Goodwood Revival today.”

Stats taken from the 1994-95 Japanese Touring Car Championships.
*Figures for R1 only. Each race had two rounds; R1 winner had pole for R2