Amongst all the world’s greatest classic cars there can be no doubt that, in general perception, the confined group of Ferrari 250 GTOs reigns supreme. Some might argue but as Stirling Moss used to say, these things are a pyramid, a pyramid has a point and on that point there’s only room for one…

But is this based on its achievements in period? Allow me to argue the evidence against, and to examine the reality of why, and how, the GTO has found its astounding level of enduring acclaim.

“The Old Man famously rated the GT championship above F1”

When I bought my March 2, 1962 issue of Autosport, I found in it a report accompanied by mouthwatering photos of Ferrari’s latest fleet of Formula 1 and endurance cars launched fresh for the coming season. It was my first sight of what struck me as Maranello’s most beautifully proportioned and stunningly styled road-racing Berlinetta – the 250 GTO. I was then just a wide-eyed, racing-mad teenager, but today – and over the 60 long years since – absolutely nothing has changed my admiration for, at least, that shape.

And that enduring, defining 1962-63 shape is utterly crucial. What consummate artist styled it? Ferrari has always merely said it was done ‘in house’. Styled by the factory. But someone there must have conceived it. Who should we credit? After years of digging I am convinced the GTO was ‘styled’, if that’s the right word, by Ferrari’s humble ‘shape man’ and wind tunnel model maker Edmondo ‘Millimetro’ Casoli… long years uncredited. 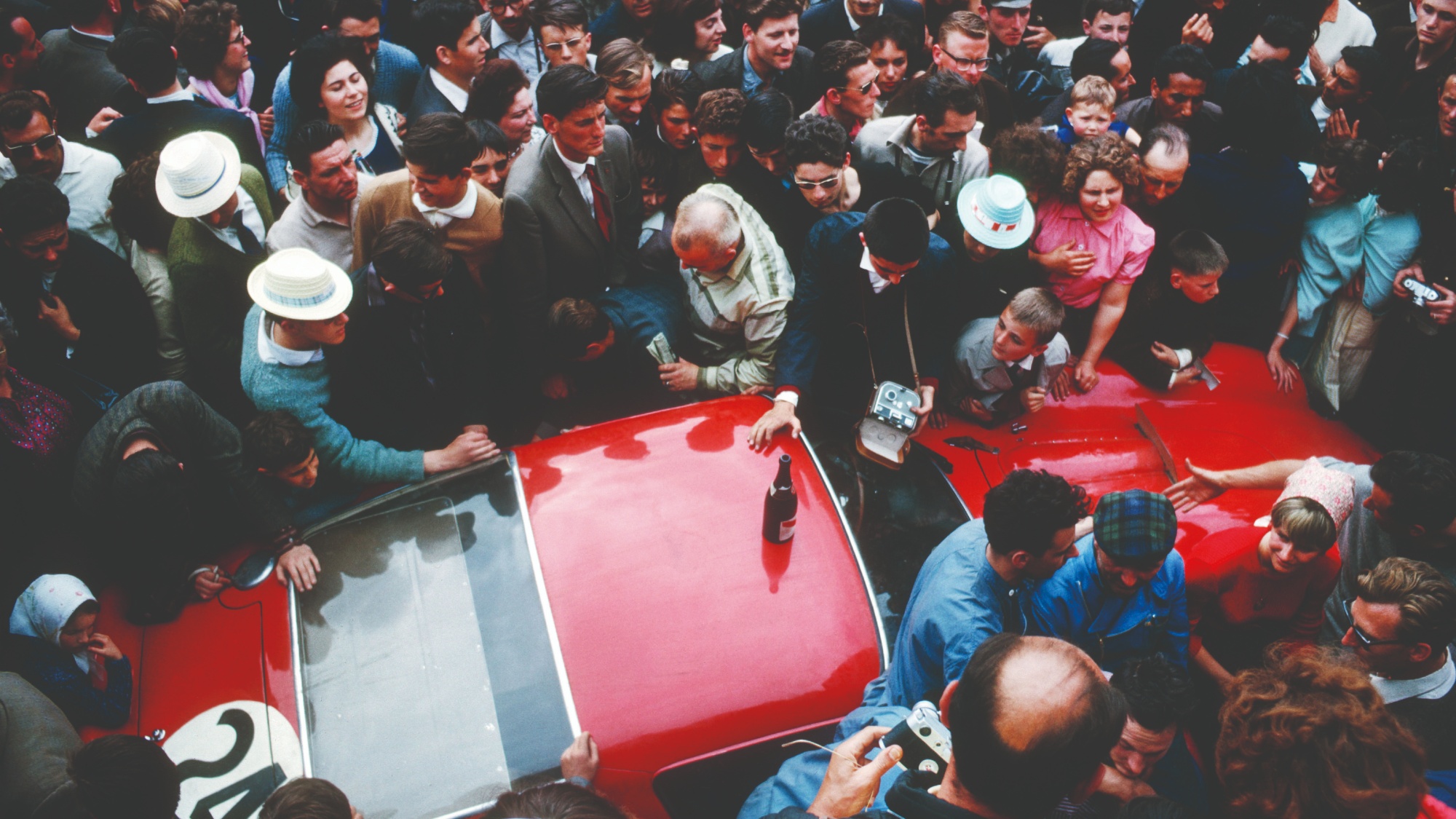 The 1963 Le Mans runners-up are swamped 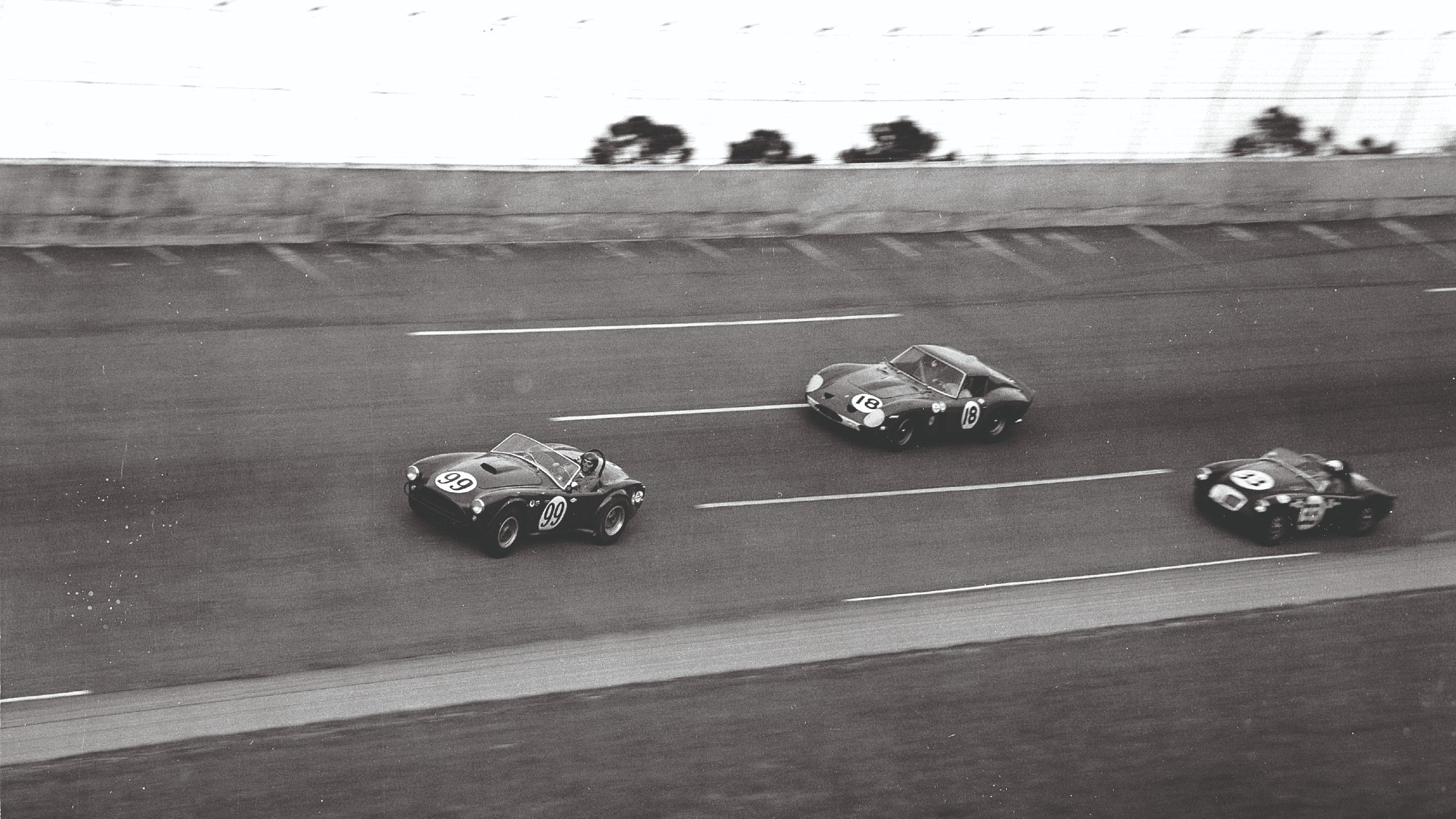 The Cobra of Dave MacDonald leads the 250 GTO of Pedro Rodríguez in the Daytona 3 Hours, 1963 – but the Ferrari won

He met requirements for a better aerodynamic form than the bluff- nosed 250 GT SWB cars of 1960-61. Those requirements were made by ’62 GTO project engineer Giotto Bizzarrini. Mr Ferrari surely had final approval. Scaglietti’s feisty body- shop foreman Giancarlo Guerra then made the body buck, and panel-bashed the prototype GTO in time for launch. But if we should give credit to one artist for the shape, I would plump for Millimetro Casoli, remembered as a charming and modest man, just happy to contribute to his beloved Ferrari firm’s future – as were so very many of Ferrari’s artisan staff.

The Old Man famously rated winning the GT Championship above an F1 title “because it sells our production cars, which pays for our racing”. So Ferrari’s Gran Turismo cup absolutely overflowed through 1962-63 – GTOs excelling in all manner of non- championship races, hillclimbs and rallies as well. And this is what the tifosi saw, and adored, both in period and ever since. But hey, there’s a question – and it’s a big one. What did the GTOs really beat?

Unfortunately, for the rabid Ferraristi , the answer is ‘not very much’. Certainly within that 3-litre GT category, precious little beyond the odd Austin-Healey 3000. 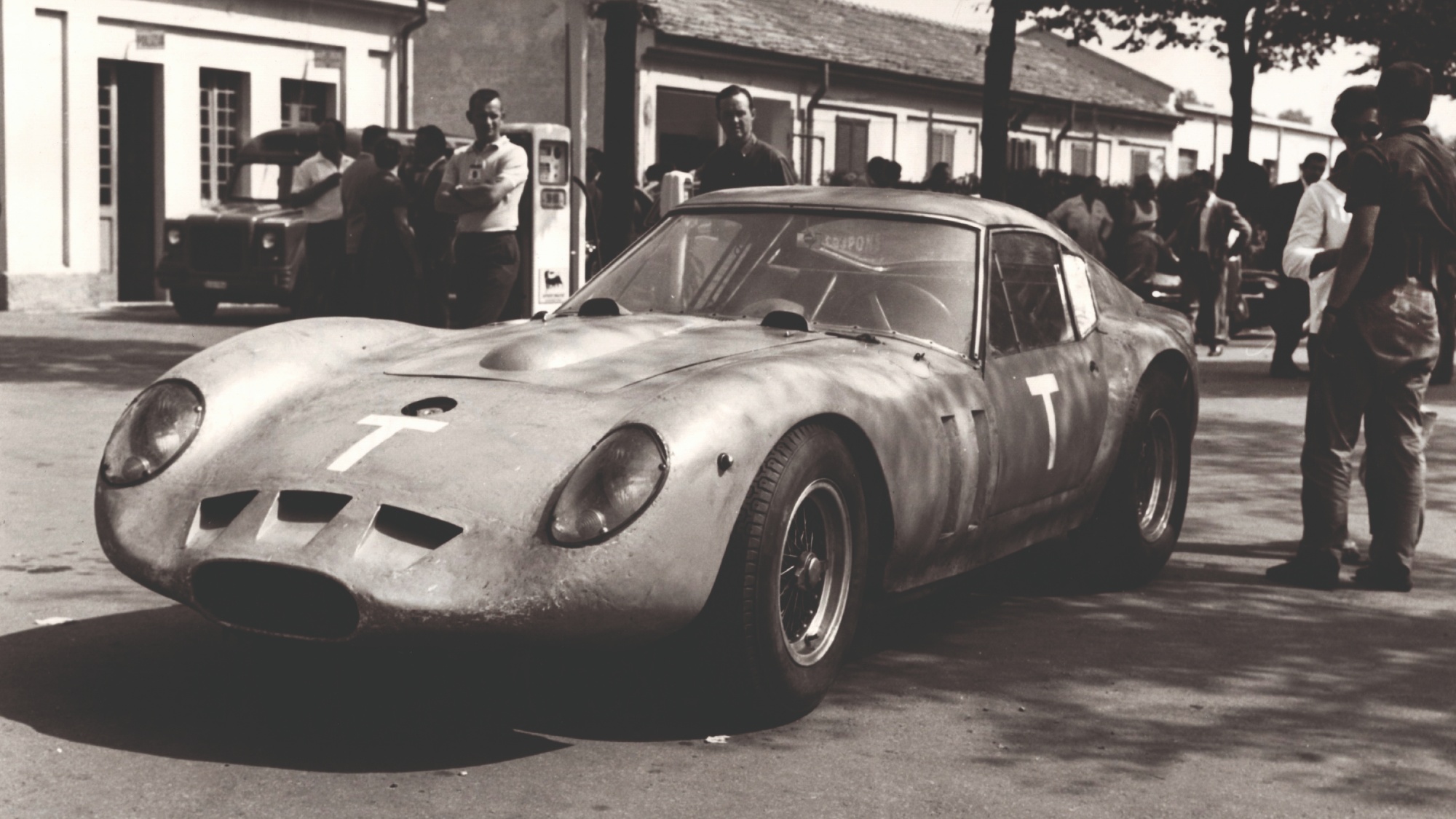 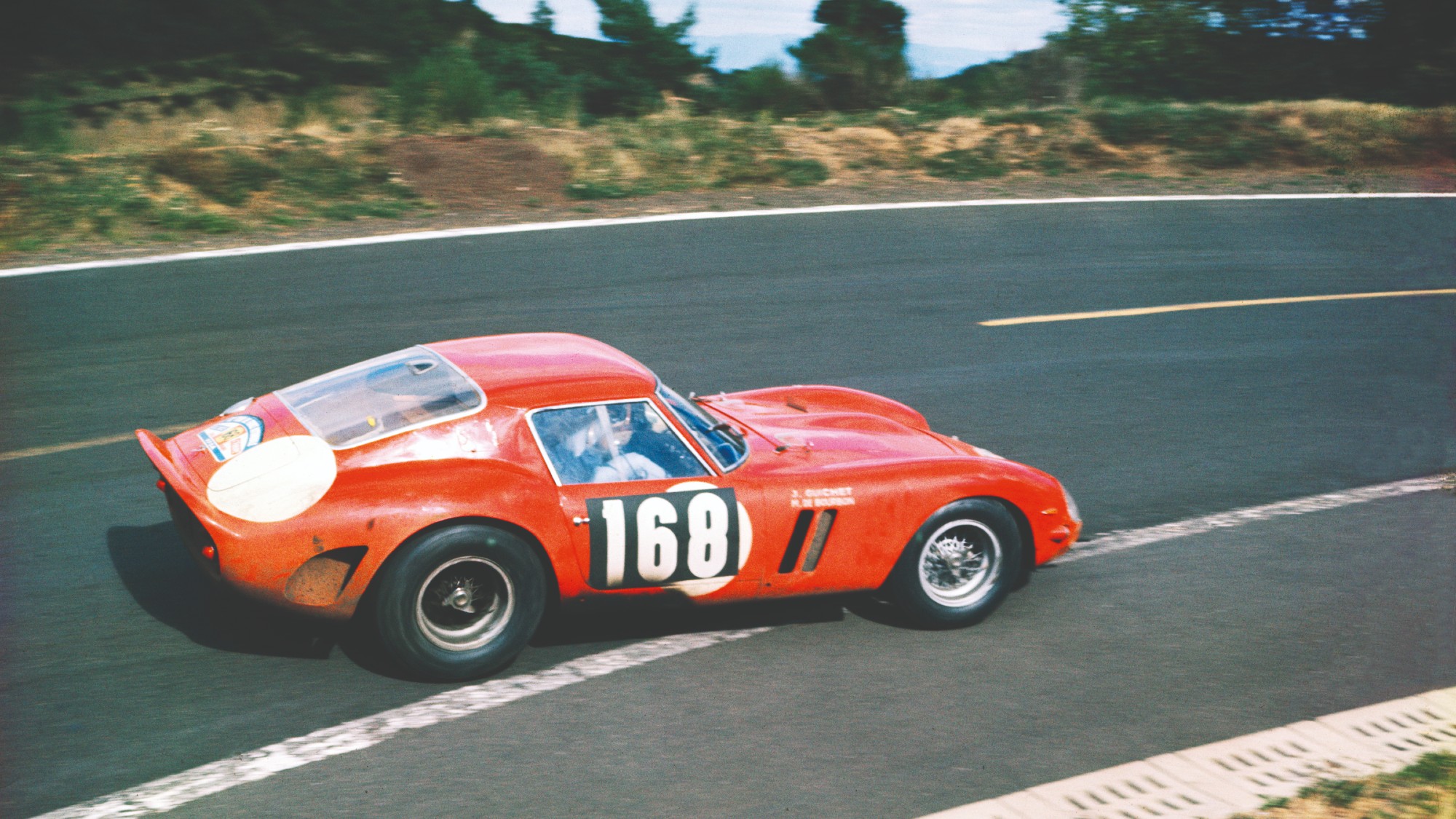 Jaguar tried to press Ferrari hard overall with private E-types – especially the gawky-stance 1963 Lightweights – but they were in the 4-litre class, while Chevrolet Corvette careered and rolled around as 5-litre GT contenders. When the GTOs twice failed to out-run opposition overall – at Reims ’63 against Dick Protheroe’s Low Drag Coupé Jaguar and at Monza ’63 against Roy Salvadori’s works Aston Martin Project 214 – they still dominated their points-scoring 3-litre category, which allowed them, despite those rare defeats, to win their repeat world title comfortably. But this ‘from whom’ perspective remains historically important. 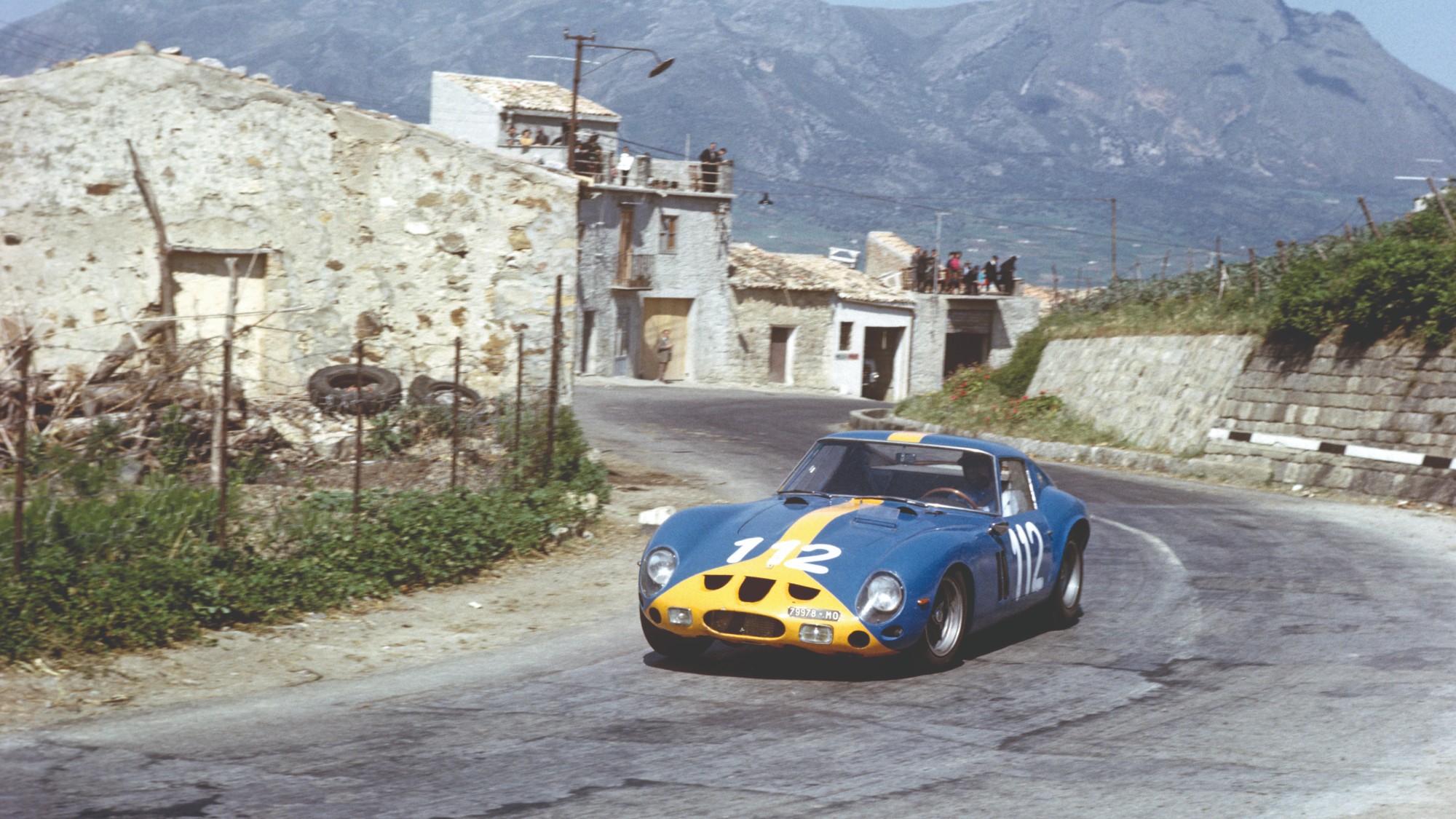 By 1964 it took a revised GTO in the fresh GTO/64 suit of clothes to face the powered- by-Ford V8 onslaught from the Shelby American Cobra. That year’s intended GTO- replacement rear-engined Ferrari 250LMs were denied recognition as GT-class entries by the partly Ford-pressured FIA. Just one- or two-year-old 250 GTOs in their original – now so-called ‘Series 1’ – body form already looked outdated, ageing, often battered makeweight entries. By 1965 GTOs – frontline discards – were appearing across Europe and the USA as club-racing cars, wielded by the averagely well-heeled, and averagely competent.

From trackside it was a case of “oh look, there’s an old GTO – lovely, but quaint”. We concentrated on the main menu, the sports- prototypes – Ferrari versus Ford GT. The ageing GTOs and GTO/64s, just seemed insignificant beside the sports-prototypes. 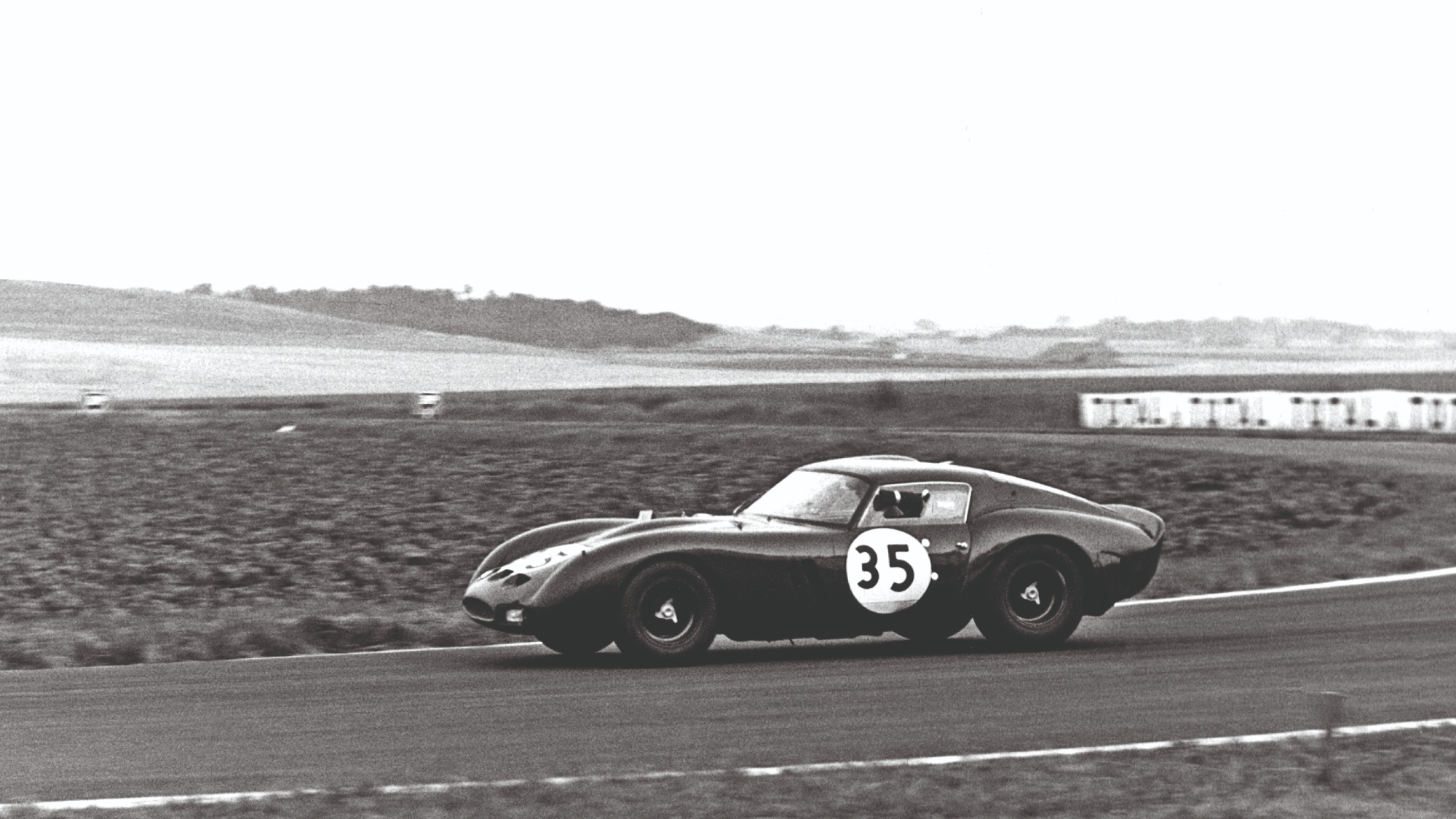 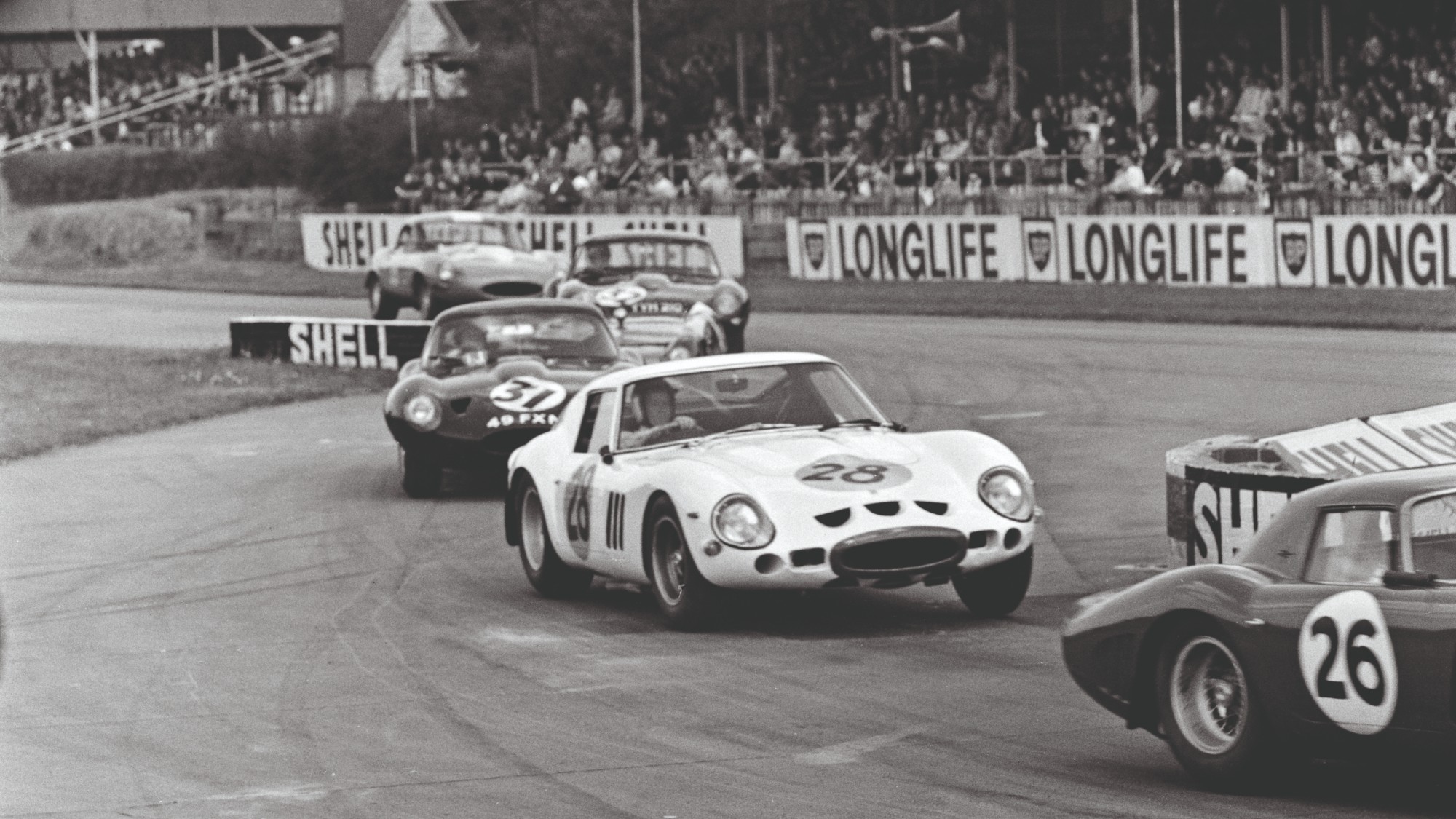 1965; Richie Ginther, No28, was well down the field at the 1964 Tourist Trophy in the Eric Portman-entered Ferrari – here chasing a GTO/64 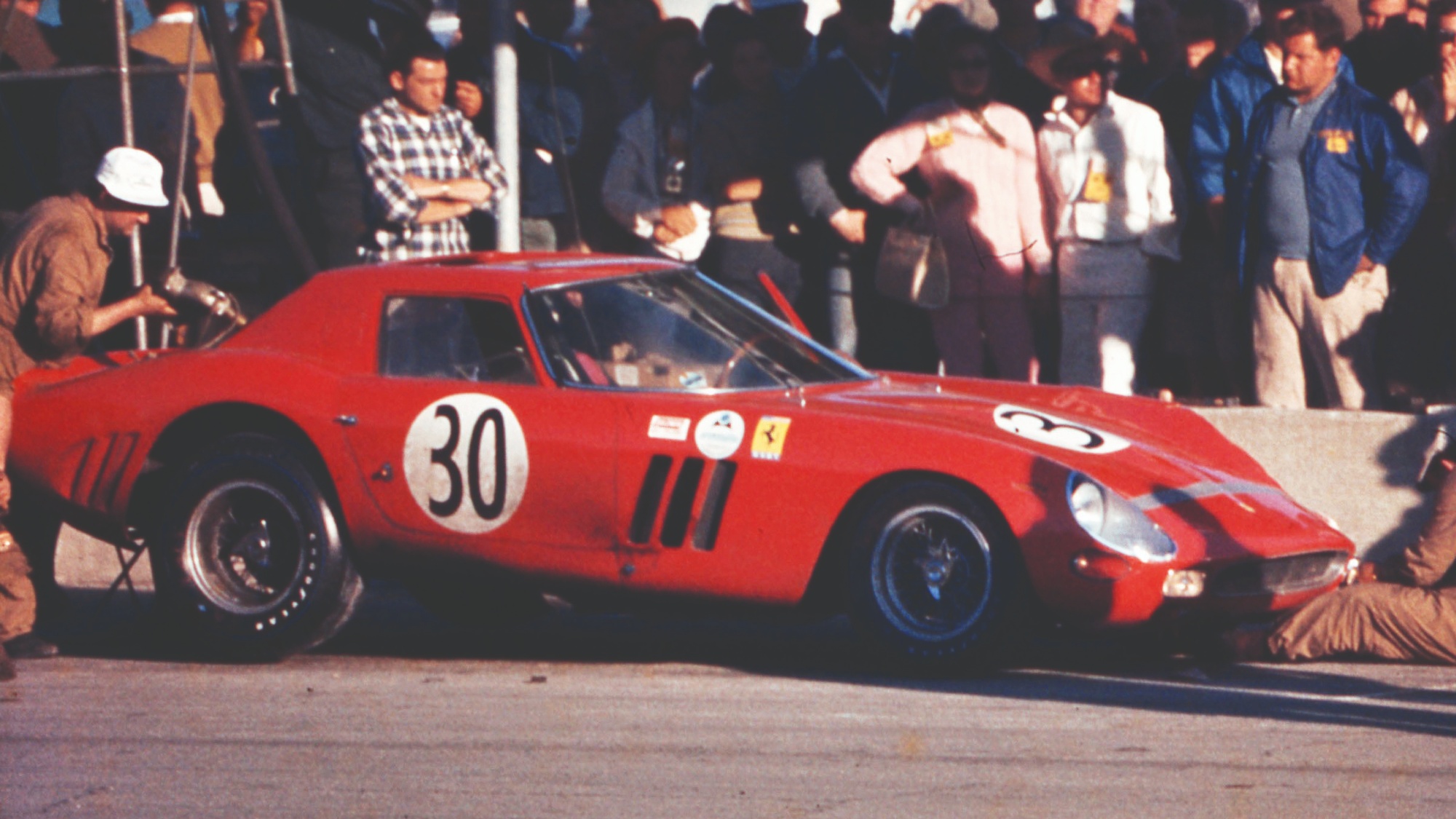 That’s why the modern glorification of ‘Ferrari versus Ford’ as being a Ferrari-Cobra conflict really grates. It might have seemed a big deal to Shelby’s finest in period – but for purebred period tifosi it was the exotic battle ahead of them, the rear-engined rocket ships racing for glory overall where the significant Ferrari-Ford battle raged. Does any of this tarnish the legend of the GTO? No way – it just adds perspective