Only on rare occasions was a 250 GTO entered by the works Ferrari team. They were most often run by Enzo’s official concessionaires and a band of privateers – albeit with the factory often helping.

The most significant of those concessionaires was Luigi Chinetti – an important figure in early Ferrari history. In 1949 he had driven a 166 MM to victory in the 24-hour races at Le Mans and Spa and went on to become the importer for the American market. Chinetti set up the North American Racing Team in the late 1950s, and it was NART that was entrusted with the GTO’s competition debut at Sebring in 1962.

In Europe, Jacques Swaters’ Garage Francorchamps was the Ferrari agent for the Benelux countries, and his Ecurie Francorchamps team entered cars in Formula 1, Formula 2, sports cars and GT racing. Swaters enjoyed the patronage of a number of quick gentlemen drivers, as well as running aces such as Willy Mairesse and Lucien Bianchi, and Ecurie Francorchamps entered GTOs in everything from Belgian hillclimbs to Le Mans.

The British distributor was Maranello Concessionaires, which had been set up by Ronnie Hoare in 1960. In 1962, ‘the Colonel’ successfully campaigned 3589 GT – which he’d collected from the factory and driven back to England – in partnership with Equipe Endeavour. The following year, Graham Hill won the Tourist Trophy in another Maranello Concessionaires GTO (4399 GT), and by the middle of the decade Hoare’s outfit had progressed to running Ferrari’s latest sports-prototypes in major European races. 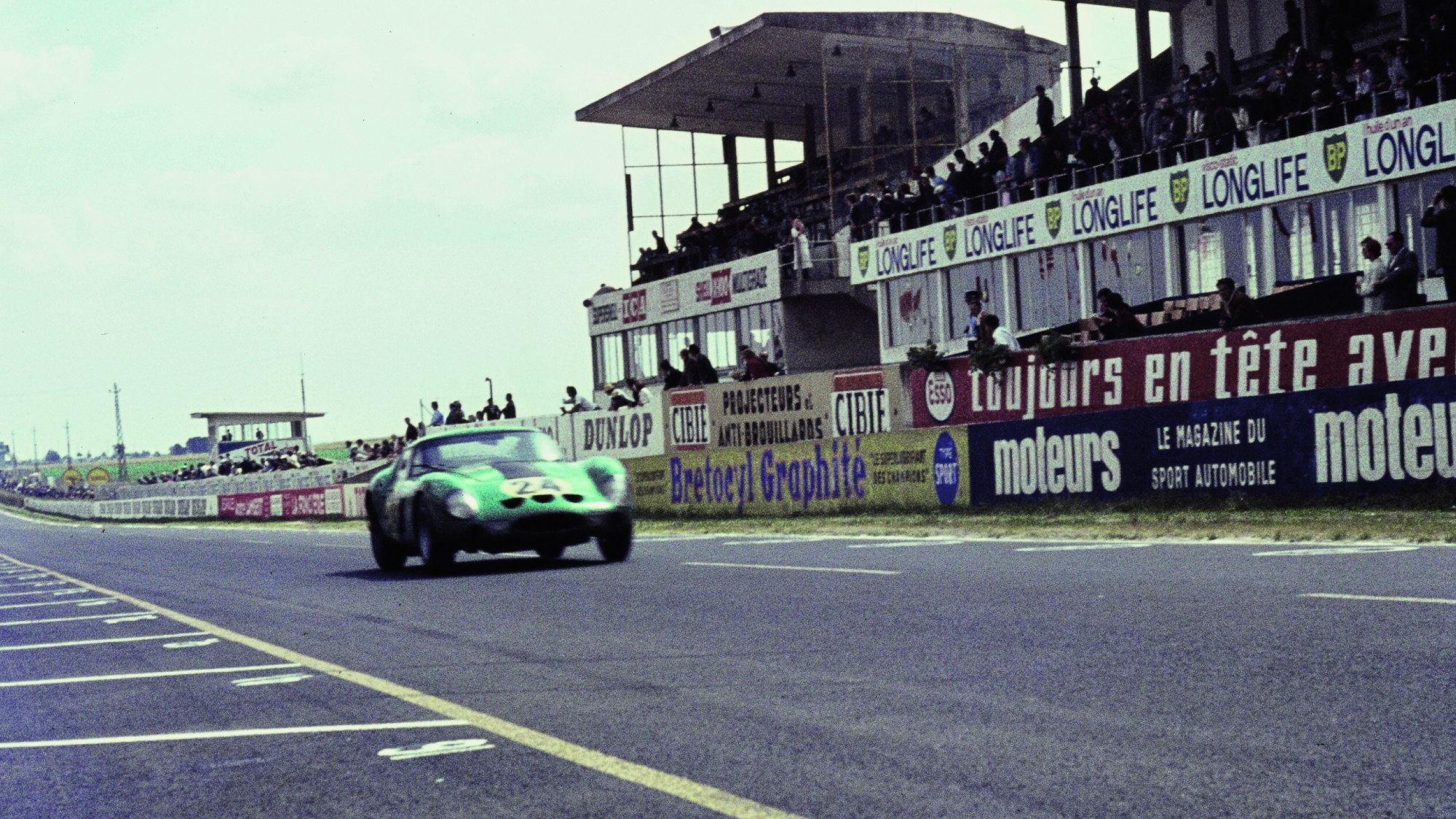 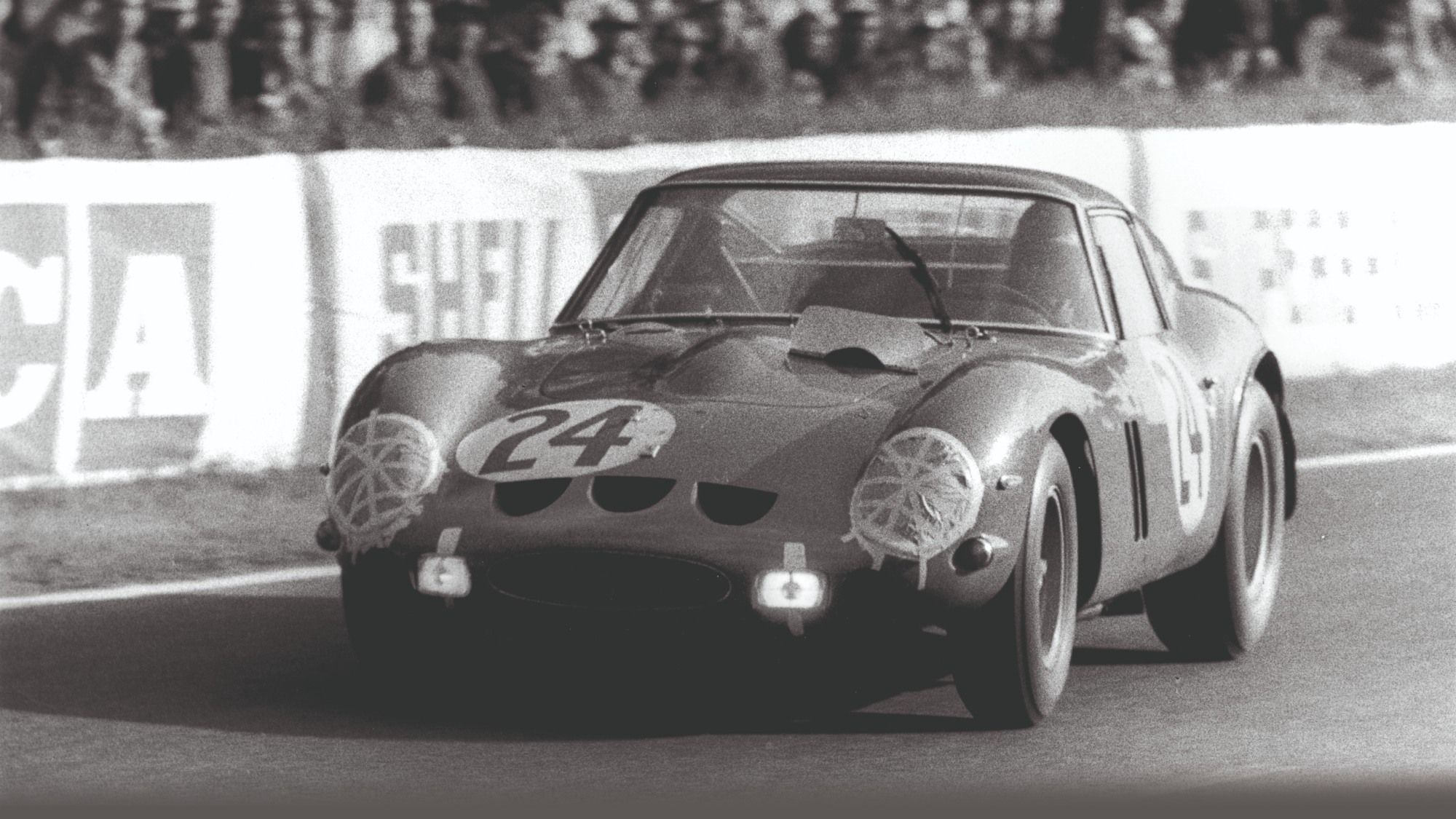 Equipe Nationale Belge raced at Le Mans in ’64 and had the best-placed 250 GTO: fifth

The UDT-Laystall team had been formed in 1957 by Ken Gregory and Alfred Moss – Stirling’s father – as the British Racing Partnership, and it acquired 3505 GT in early 1962. Stirling should have raced the distinctive pale-green GTO, but after practising with it at the Easter Goodwood meeting, he had his career-ending accident in the Glover Trophy race.

UDT-Laystall had an entry for 3505 GT in November’s Kyalami 9 Hours but had sold the GTO by then, so Gregory offered the spot to privateer David Piper, whose single- seater career had recently reached a dead end. ‘Pipes’ had acquired 3767 GT earlier that year and, although initially reluctant, decided to take his GTO to South Africa – and won.

In 1963, he replaced 3767 GT with 4491 GT, to which he carried out a number of modifications, including lowering the roof line. Lorenzo Bandini once said to Mauro Forghieri that this was “the fastest GTO in the world”.

Other honourable mentions from that maiden campaign go to John Surtees, who raced 3647 GT under the joint banner of Maranello Concessionaires and Bowmaker Racing, and also to John Coombs. Although Coombs is synonymous with Jaguar, his frustration with its top brass led to him acquiring a GTO (3729 GT) to go with his E-type. Jaguar carried out an in-depth analysis. Coombs denied that this ever took place, even though photographs of the GTO in the wind tunnel survive, as does Jaguar’s extensive report.