I welcome the opportunity of taking part in your Readers’ Car Survey, which reveals my B.M.C. Austin Seven as a very unreliable car, most of the troubles described by other readers have occurred at least once on my car and I would therefore like to make some general inquiries and comments.

(2) Can B.M.C. honestly say that trouble was not experienced during development with water getting in the distributer ? The fact is that this car will only operate in wet weather if a rubber glove is fixed over this item.

(3) Why did B.M.C. fit so many parts with only the -Cost of the part in mind ? Components such as door pulls, boot lid supports, jack, horn button and petrol pump should have been properly designed, even if Z:5-k, to was added to the price of the car.

(4) Was it Issigonis’s idea to put the petrol pump where it is inaccessible, exposed to water, mud, stones, etc., and is dangerously near the exhaust system ? It is also positioned so that the filter cannot be removed without unscrewing the pomp from its position, (inside of rear nearside wheel arch). There really is plenty of room in the boot.

(5) When buying the Mini are future owners aware that there is one leading and one trailing shoe in each drum ? This means that practically all the braking is on four shoes. Surely two leading shoes in each front drum could have been fitted. (6) Why is the jack such a uselessly and. dangerously designed item ? are there not any safety standards applying and does B.M.C. have no conscience about it ? (I would explain that unless the jack is rammed hard into the lifting point on the car, it will buckle because the design is very weak and it depends on the car holding it in position, as much as it holds the car.)

(7) I do not believe some of the absurd claims made by your readers for the mileage of the tyres. Anyone who can get 12,000 miles per set is doing well and the limit is 15,000 miles per set-. This includes whether or not the wheels are laboriously changed round every 2,000 miles, which incidendy, must surely be a ruse of the manufacturers to kid one that the tyres last longer than otherwise.

(8) Why is it that Lucas get away with a complete lack of any real guarantee on their components ? In the first 10,000 miles I had 5 light bulbs and one petrol pump replaced, all of which I had to pay for.

(9) B.M.C. appear to require a customer to become very irate and angry before they will sanction major repairs. In my particular case they repaired the gearbox after it became defective at 13 months, but only at the expense of my good-will. Surely it is obvious that good service will not only sell a good product, but also a mediocre or even a poor One?

(to) Those readers who buy a Standard Mini with cloth seats will be well advised to fit seat covers. The cloth on my car will just hold out for two years.

I would agree with your recent comments that the B.M.C.Mini is based on the second most advanced car design in the world. It has by far the best performance of any other British small car and is a pleasure to drive, to park in busy cities, and is ideal for those of the gentler sex who have difficulty with large limousines and sports cars. But can one afford to keep it on the road ? Those who have bought this car and are having little or no trouble with it, have a bargain indeed, but those whose cars are costing around kw° or more per year to keep on the road, as mine is, must, if common sense prevails and money is not unlimited, look around for a more reliable machine. Su rbiton. F. E. Mmt.arr 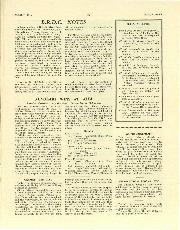 16-valve Maseratis carry the day. Fastest lap at 98.2 m.p.h. Albi was immense — one of the fastest road races in the world. As usual, we had two heats and… 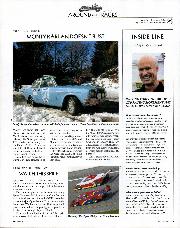 Monty Karlan and Stein Roed claimed victory on the seventh Monte Carlo Historic in early February. The Norwegians' Volvo 142 scored a narrow victory over the Porsche 911S of American… 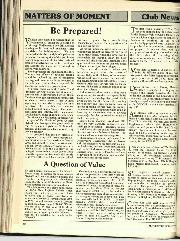 A Question of value

It has become commonplace for historic cars to sell at auction for sums between £100,000 and many millions of pounds, and it has been our impression that values began to… 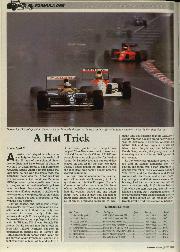 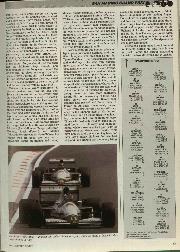 A Hat Trick Imola, April 28: A vast crowd stayed in silence to watch Ayrton Senna as he reeled off the 61 laps of the splendid Autodromo 'Enzo and Dino…