Nine out of ten Triumph TR4A’s are exported. Perhaps this doesn’t surprise you. Possibly you think American turnpikes are more suitable for sports car motoring than our British roads.

II’ so: think again. The scene is changing. Britain now has-298 miles of motorways and 28,153 miles of main arterial roads in common with the Continental autobahns and autostradas The TR4A cruises comfortably at 90 mph and has a top speed of 110 mph.

Anyhow, since when have vast concrete boulevards been the main joy of the real motorist? Our mountain circuits, curling country roads, hump-back bridges and water splashes cry out for the TR4A with all-round independent suspension and disc brakes. Warming to winter What about sports cars in British winters? Triumph have warmed to this problem, too. The • hood is a true convertible-type which folds up and watertight (or down and out of

You know you really should be surprised that so many TR4A’s are exported. why don’t you do something about it? 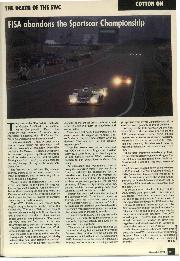 Two lines in the FISA Bulletin published on October 7 sufficed to terminate a World Championship: "Due to the extremely small number of manufacturers interested in entering, the 1993 Sports… 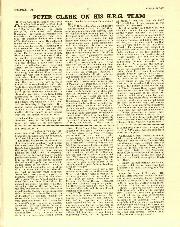 PETER CLARK ON HIS H.R.G. TEAM

PETER CLARK ON HIS H.R.G. TEAM AT the October meeting of the North London Enthusiasts' Car Club, held at St. Ermyn's, Westminster, a talk on "Sports Car Racing" was given… 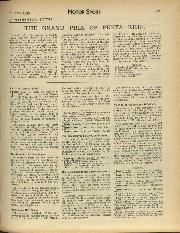 THE GRAND PRIX OF PENYA RHIN.

TH GRAND PRIX OF PENYA RHIN. The revival of this race by the Societe Penya Rhin was marked by a first class meeting of racing cars and drivers. In practice… 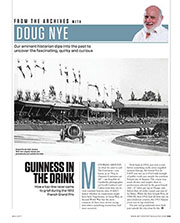 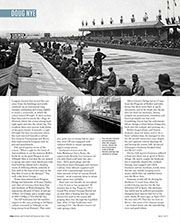 Guinness in the drink

How a top-line racer came to grief during the 1913 French Grand Prix Motoring around on what we used to call The Continent – you know, as in “Fog in…