Charles Gillett has won the 2007 Motor Sport Brooklands Trophy for his performances at VSCC race meetings last year. The award, conceived by Bill Boddy in 1950 to commemorate racing at Brooklands, recognises achievements in pre-1940 cars. 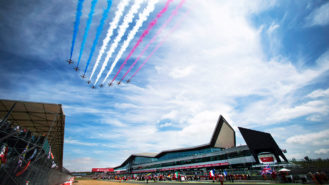 Whether you're watching on Sky or Channel 4 this weekend, the British Grand Prix is live, so you can watch every minute of the action along with the sellout crowd.…