n the Friday afternoon in Bahrain Monsieur Todt took part in a long press conference, in the course of which he spoke at one point of reviving the ‘107 per cent rule’,

which required, in order to qualify for a Grand Prix, a driver to set a time within 107 per cent of the pole position man’s best lap.

Harsh as it may potentially be on the teams new to F1, that seemed eminently sensible to me. It’s very early days, of course, but if it were no surprise to find Lotus, Virgin and the unfortunately named HRT at the back at the grid, few had expected them to be quite so many seconds adrift. For HRT, Bahrain was a particular nightmare, for there had been no time for any testing, and this was assuredly not the way anyone called Senna would

have wished to make his F1 debut. That said, Bruno did at least get out in practice; poor Karun Chandhok was obliged to run his first laps in the new car at the start of qualifying, and I was amazed — in an age preoccupied with ‘elf and safety — that he was allowed to do so. In the circumstances, Chandhok acquitted himself well.

Renewed talk of the 107 per cent rule recalled to mind a conversation with Bernie Ecclestone at Magny-Cours some 15 years ago. “I think,” Bernie said, “we’ve got a little bit back to the startline specials there used to be years ago. These people get their sponsors to turn up, and they break everyone’s balls, saying they don’t get seen on TV.

Well, the reason they don’t get seen is obvious: they’re only on the screen when they get lapped!”

He paused. “Actually, now I think about it, they get seen more than most people, because they get lapped five or six times…”

Bernie then warmed to his theme. “We’re the best, right? Formula 1 is the best, and we don’t need anything in it that isn’t the best. We’re having the 107 per cent rule next year, no matter what, and if people don’t want to enter for the championship on that basis they don’t have to. That’s the way it is.

“People keep going on about only having 19 or 20 cars in the race — but so what? If I got someone who hadn’t been to races to look at the grid today, they wouldn’t know whether there were 16 or 25 cars. What I want to get away from is breeding people who shouldn’t be in F1. Frankly, at the moment there are people in it who shouldn’t be in it, and why are they here? Because they thought it was easier than it is.

“What I don’t like is people walking around with begging bowls, and crying as if it’s everyone else’s fault. People who do that we should never have let in to start with, and it’s my fault for allowing them to do it. If they hadn’t come in, we wouldn’t have had the embarrassment of them going out. I’m sorry if this sounds harsh, but it’s not F1’s problem when someone goes out of business.

“As to the size of the field, it doesn’t bother me at all. It is much better for us to have a smaller, better quality grid than have a lot of… We’re in the quality business, not quantity.”

In the course of the same interview, Ecclestone also said this: “I would never, ever, ever put more than 16 races on the calendar.” And this: “Any guy who starts talking about what’s going to be happening in four years’ time is an idiot. A complete idiot. Long-term planning is a nonsense…” • Don’t miss our podcasts with Nigel and the team — plus special guests — on www.motorsportmagazine.co.uk 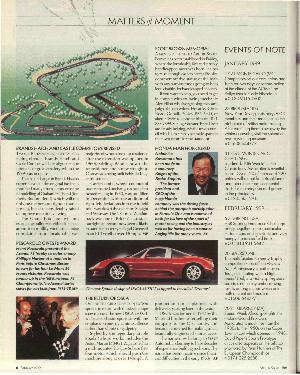 Brands Hatch and Castle Combe to be Revised

Two of Britain's most popular car racing circuits, Brands Hatch and Castle Combe, will be realigned in the interests of greater safety when the 1999 season opens. The major change… 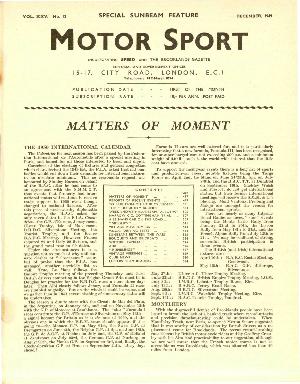 The 1950 International Calendar The Calendrier for next season has been passed by the Federation International de l'Automobile after a special meeting in Paris, and issued for all those interested… 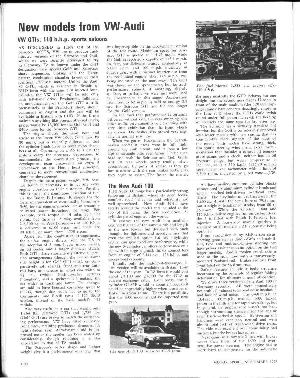 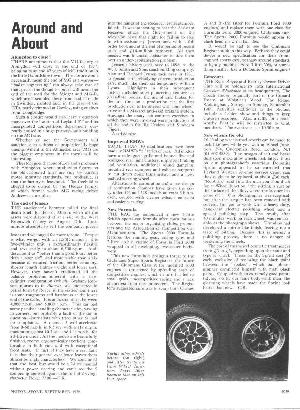 VW GTIs: 110 b.h.p. sports saloons As discussed in July's test of the Scirocco 1600TS, VW are to produce fuel-injected versions of the Scirocco and Golf, which we were recently… 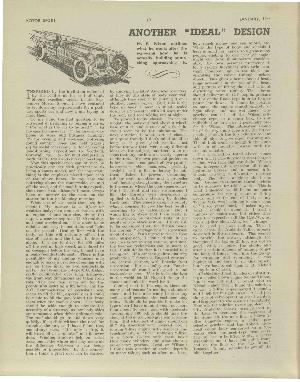 ANOTHER " IDEAL" DESIGN M. E. Nixon outlines what he wants after the war—and how he is actually building something approaching it. INSPIRED by the invitation extended by the Editor…

January 1944 Issue
By admin
Out of stock