This is no Bentley thoroughbred, but Crewe provided the inspiration… and a fair few parts

Bentley has been offering up multiple versions of its Continental and Arnage models lately, but here’s one you won’t find in their current catalogue, even though it’s a ‘production’ Bentley. But it’s not a shape you’ve ever seen before. The La Sarthe is – what’s the right word? An invocation, perhaps, of a car that Bentley thought of building in the early 1950s but didn’t – a sporting coupé on the R-type platform. Derby’s code name for its new sporting Bentleys in the 1930s was ‘Bensport’, and that’s the name of the firm behind the car you see here.

Of course Bentley did build the magnificent R-type Continental, maybe the finest Grand Tourer of all, but seeing the success of Jaguar’s XK120 some of the Crewe crew wondered if there was a market for a shorter, lighter, more sporting device. Nothing came of that, but a couple of years back Bensport got underway with its version of the idea when a happy chance connected it with Tony Hunter, an automotive designer with a plan to build his own R-type special. Coming from the studios of Land-Rover and Jaguar, Hunter had the skills to refine the shape and construct the CAD model they needed to produce a body buck, over which a small run of bodies will be wheeled and hammered.

I saw the newly completed first example at Vintage & Prestige Cars, where Richard Biddulph specialises in Rolls-Royce and Bentley, and it certainly exudes the quality of a production car. Low, slash-backed and cowl-nosed, the La Sarthe (which has the same definite article problem as the LaFerrari) has the solidity and finish you’d hope for in a high-class vehicle, though the new shell is considerably lighter than the standard steel R-type body. The plan is to build three to five examples a year, the shells built in Coventry by a well-known body firm and married to R-type chassis prepared by Bensport in Somerset, whose owner Bob Perry says it’s still possible to find sound chassis. These they strip and refettle, revising suspension, brakes, cooling and exhaust, with an engine uprated to your spec. The R-type frame is especially suitable, with its rigid X-frame, independent front suspension and very smooth six-cylinder engine. It goes without saying that this car will be a luxury item, trimmed to the customer’s requirements in leather and veneer and equipped with anything from air-con to sat-nav to fitted luggage, though rear seats aren’t on the option list. This is an unequivocal two-seater.

When I saw the prototype it sported a painted dash in the same battleship grey as the exterior, which I rather liked, but it seems customers want walnut, so several trees were skinned and new timber trim installed in time for the big launch at the Essen show. At £425,000 a time, it’s a shot the customer gets to call. If R-type Continentals hadn’t already crossed this mark that price might look implausible, but they have, and as classic car values rise there might be enough customers around who want a rare, sleek, fast coupé with a pedigree.

Hunter showed me the CAD model on his iPad, and how the system can output direct to a CNC machine to cut the ply shapes that slot together to form the full-size buck. Cleverly, the buck contracts so it can be removed from within a completed shell even with undercuts, instead of forming individual panels over the buck and joining them together on a separate subframe. The CAD model also allowed the team to shape a subframe and confirm that the designed shell would clear all the components of the Bentley chassis, avoiding those complications of bolting things together and finding the fuel filler pipe wants to occupy the same space as a boot hinge. It’s exciting to see new technologies married to traditional coach-building skills like this, and it makes repeat builds more viable. Even so, Bob Perry reckons a shell will take 16 weeks to form, with up to 10 months to complete each car.

Sourcing glass for a special project can be a problem, but Hunter tells me they use a Bentley S1 front screen and a Continental rear. Hard to find? Apparently not – just ring Bentley. Ditto the elegant Continental door handles: Hunter tells me that Bentley itself still has stocks left from the short build run of just 207 Continentals, most of which went abroad during Britain’s ‘export or die’ dollar scramble of the ’50s.

It’s details like this door handle that elevate the result above the ordinary. Until 3D metal printing is common it would be ferociously expensive to cast new ones, and you would be faced with the same question Bentley had in the 1950s – how many to order. Luckily they erred on the generous side.

Bensport still has to refine the damping and springs of the prototype before potential customers can experience just what their substantial investment will buy them, but Biddulph and Perry are confident of finding the orders they need. Meanwhile Tony Hunter has another job to finish – the convertible R-type special he was planning for himself when the La Sarthe distracted him. The difference?

He’s only going to build one of those. 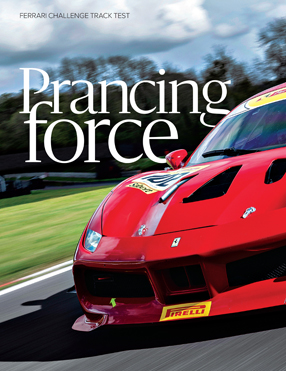 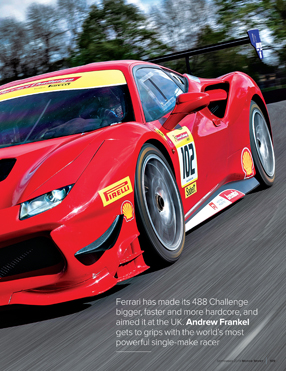 Say what you like about what Brexit or the lack it is doing to our economy, for one lucky constituency of well-heeled voters it doesn’t appear to be having any… 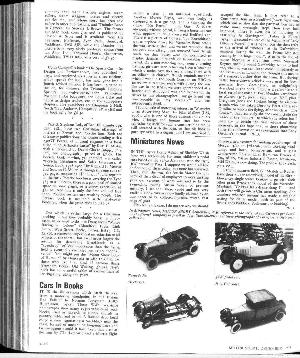 In the 1920s Leslie Wilson of Shelsley Walsh fame was responsible for some children's pedal cars based on the 12/50 Alvis that won the 1923 JCC 200-Mile Race. I suppose we… 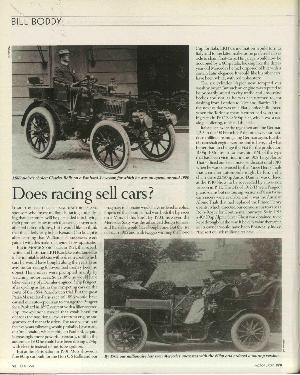 It must be the hope of manufacturers and sponsors who invest millions in racing and rallying that customers will be persuaded into buying their products. How much the average buyer… 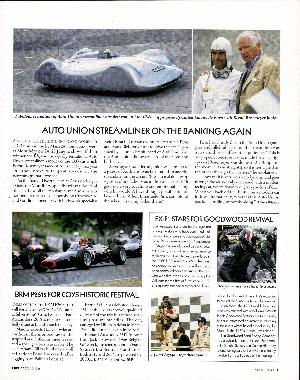 Three of the seven BRM P261s built will star in the HGPCA Pre-'66 feature at Silverstone's Coys Festival, if Paul Alexander's 2615 is repaired after a hefty shunt at Brands…

August 2000 Issue
By Marcus Pye
Out of stock