Rob Widdows: Just returning to last month’s magazine and the Formula 1 Revolution. Do we honestly think that any of the ideas that we’ve put forward are likely to happen?

Mark Hughes: Yes Comrade… I think it’s more to put it out there and it seems to have struck a chord with a lot of followers of the sport. There’s definitely been a bit of a reaction since the double points idea. That seemed to be the straw that broke the camel’s back for a lot of people. ‘Yeah, and while we’re at it, that’s a stupid idea, so was DRS, the silly tyres…’ It seems to have finally cracked a lot of people – it’s become apparent just how artificial F1 has become. I think the sport would be well advised to listen to that.

Simon Arron: If television numbers continue to decline then they will have to do something. There was a big dip last year – it was exaggerated in certain markets, but the overall viewership was down.

MH: And it’s not pulling in new viewers, it’s not getting younger people in like it used to. The following for Formula 1 is aging.

RW: Is that because Red Bull has been winning all the races?

MH: Yes, that’s certainly a part of it – there are lots of factors working towards it. You can tell from the reaction to double points that artifice is part of what people aren’t happy with.

RW: We know revolutions work, but they normally work well when the pressure is kept up rather than one outburst that is then forgotten about. So how about all the people in grandstands coming down and standing outside the paddock, refusing to leave?

MH: I’ll be right behind you… You lead!

Nigel Roebuck: It’s interesting when you look at all these issues in F1 at the moment and NASCAR has exactly the same problem – lots of silly ideas to try and get people’s interest. The existing fans absolutely hate it and it’s not drawing any new ones.

MH: The mood is definitely leaning towards authenticity.

@Damien__Smith Ricciardo and Magnussen impressive in Aus GP, as was Kvyat. Great to see new generation.

@dariofranchitti Not the same without @pauldirestaf1 and @AussieGrit on the F1 grid, but I’ll enjoy watching them in DTM and WEC.

@Andrew_Frankel Strongest feeling after my afternoon in the P1? How much my neck hurts. Always a good sign.

@AnotherEdFoster You decide to do a bit of racing and want to ease yourself into it. Nürburgring 24 Hours in a GT3 R8 should do it… #FelixBaumgartner

@SportmphMark Lewis Hamilton had a turbo fitted to his snowmobile to get used to tpower delivery. Great excuse!

@matoxley Hadn’t read this before (long lunch) but here u go: Roll of drums… The Championship ECU/software will be mandatory for all entries from 2016.

Sébastien Buemi
Toyota’s year ahead in the WEC
When you see how much it takes just to finish Le Mans, let alone win, other racing looks almost easy. You have one opportunity every year and that adds pressure. You can’t afford to mess it up, you can’t miss one braking point because you’ll be in the gravel and that’s it. In the past you could win by changing things. Now, if you have to mend something at all serious, that’s it. Gone. Finished.

Lee McKenzie
The season of the debutants
The rookie with the biggest reputation is Kevin Magnussen, a nice guy and a quick driver with one of the coolest demeanours. I’ve known Kevin for a while and to this day his attitude is the same, serious and stealth-like in arrival, ambition and execution. His maturity is greater, though, as is his confidence.

Oliver Gavin
Sebring: a true test of endurance
There were many who lacked experience at Sebring – a tough, physical and bumpy track, very technical in places. You only have to be slightly off line and all of a sudden you’re in real trouble. There were a number of big incidents, initiated by spins or someone rejoining at an inappropriate time, or just people being in the wrong place at the wrong moment. Some of the yellows were caused by very foolish driving and we have to hope they’re looking at that and will do something.

Paul Fearnley
Jacky Ickx’s final flourish in Formula 1
But Ickx was the fastest man on the track. On lap 15, he passed Fittipaldi for second place. By lap 30, he had Lauda in his sights. The move, when it came, was epic. Having feinted once and surmised that Lauda hadn’t seen him, Ickx went for it on lap 35. This was the final year of the original Paddock Hill Bend – a relatively fit man with an Atco could have mown the run-off in less than an hour. Yet the blithe Ickx came from way back, teetered over the crest and sailed around the outside.

The death of US bike racing by Mat Oxley

The demise of FOTA by Nigel Roebuck 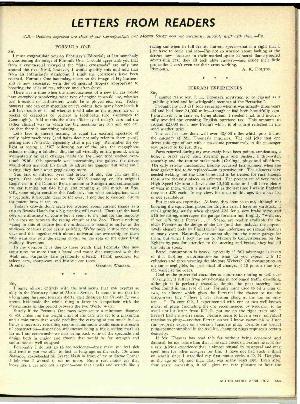 Sir, I must congratulate you on February's Editorial; at last somebody is questioning the image of Formula One. I would agree with you that from a commercial viewpoint the "fatal… 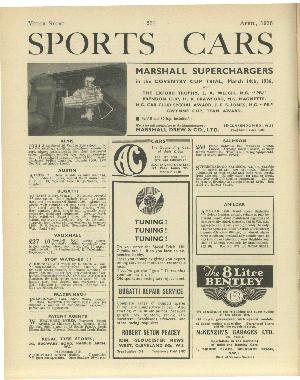 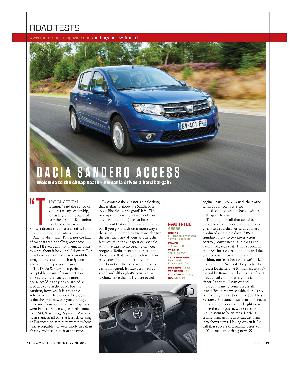 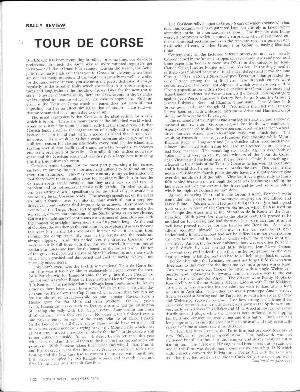 When one has been competing in rallies for some time, one develops preferences in much the same way as more vaunted reporters get to like—or dislike—Grand Prix venues. During the season,…

December 1967 Issue
By Motor Sport
Out of stock