Ask most people to name the manufacturer of the most successful race bike of all time and they are quite likely to choose Honda, Ducati, Yamaha or, perhaps MV. But those who really know their stuff will say Harley-Davidson.

That’s because the same firm famous for straight-line cruisers with names such as Electra Glide and Fat Boy also made the legendary XR750 which, quite simply, is the all-conquering king of flat-track racing.

The first XRs campaigned in the US National Flat Track Series during the late 1960s. Powered by sleeved-down, overhead- valve 1000cc Sportster engines with iron barrels and cylinder heads fed by a single carburettor jammed between the ‘V’ of the two cylinders, they proved to be a flop.

In the hands of Mark Brelsford, the new XR750 won that year’s AMA Grand National Championship, a success that proved to be the start of a thrilling 20-year era of dirt track racing led by the Harleys in their distinctive black, white and orange livery.

Rising stars such as Yamaha-mounted Kenny Roberts and the phenomenal Harley rider Jay Springsteen came into the sport to mix it with veterans such as Gene Romero, Dick Mann and Mert Lawwill (see On Any Sunday). They drew massive crowds eager to witness the spectacle of stripped-down, tuned-up bikes going hell-for-leather around a dirt-covered oval (left turns only and no front brakes) at speeds of up to 120mph.

Roberts won the title on his Yamaha in 1973 and 1974, with Honda eventually taking the title during the mid-1980s after spending a fortune dissecting an XR engine, copying the best bits and adding twin camshafts and other trickery. To all intents and purposes, the Harleys dominated.
All of which takes us to, err, Solihull and the sale of this 1972, alloy-engined XR that, believe it or not, is road registered – although we doubt the next owner’s neighbours would appreciate the noise.

Previously featured in motorcycle magazines Dice and Wind and the legendary Easy Riders, the bike comes complete with a full lighting set, some nice Ohlins suspension and, importantly, features matching frame and engine numbers.
According to H&H, however, it will need re-commissioning before being ridden in anger – which, if period footage is anything to go by, is the only way to go on an XR750.

The lucky buyer could even don a cape and make like the most famous XR rider of all – the late, great, and bonkers Evel Knievel. 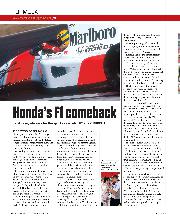 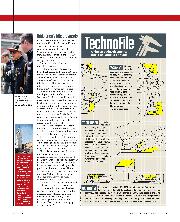 Honda's F1 comeback ...and its significance for the sport as a whole. By Adam Cooper The return of the McLaren Honda partnership in 2015 is a huge boost for F1…

Sports-racers to head for Oulton

Big-engined sports-racing cars from the 1960s will return to Oulton Park in August as an invited class within the Guards Trophy race at the Gold Cup meeting. The HSCC is… 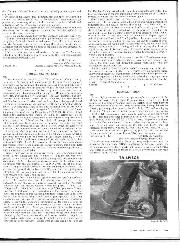 Sir, I was interested to read Mr. J. H. Thomas' letter. While I am by no means a "knowledgeable member of the Ferraristi", as he appears to be hovering on… 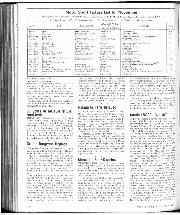 Our review of "Bugatti by Borgeson" last month has provoked a letter from the author. He calls our comments "a good review, criticisms and all", saying that we grasped the spirit…