After its war-enforced hiatus, motor racing was well and truly back on the agenda  by the late 1940s – not least thanks to the Cooper Car Company set up by Charles Cooper and his son John at the family’s small garage business in Surbiton, Surrey.

Cooper Sr had already built a couple of specials but it was the development of the Cooper 500 Formula 3 car in 1947 that put his name well and truly on the motor sport map.

Since the Coopers had decided to base the car around a 500cc motorcycle engine, it seemed logical to mount it in the back where it was best placed to drive the rear wheels. The configuration established itself as the cars began to dominate in hillclimbs and on track, leading to a rush of orders from drivers such as Stirling Moss, Peter Collins and Jim Russell.

Not only is it the first V-twin engined version, but it is very likely the only one to have originally been built using a 998cc Vincent engine instead of the more usual JAP units that followed.

At the time, the mighty Vincent Black Shadow was the fastest thing on earth, so it would have been logical to use a Vincent engine to power a lightweight racing car – especially when the engine in question was the prototype for a new competition model called the Black Lightning, which offered 70bhp and a claimed top speed of 150mph.

The car’s history file shows that the engine was supplied to Abecassis in 1948 and built into the first, stretched Mark IV Cooper chassis by Vincent engine designer Phil Irving (whose engraving remains on the crankcase) with the help of Cooper, the legendary race mechanic Alf Francis and Abecassis himself.

Cooper drove the car at the first Goodwood race meeting in September of that year, with Abecassis competing in it at the Easter meeting in April 1949. The files document the car’s subsequent and extensive race history, which includes an epic battle on the Isle of Man in which Abecassis eventually crashed, damaging the chassis in a determined attempt to out-do Moss’s lap time (after which the car was fully repaired back at Cooper HQ). 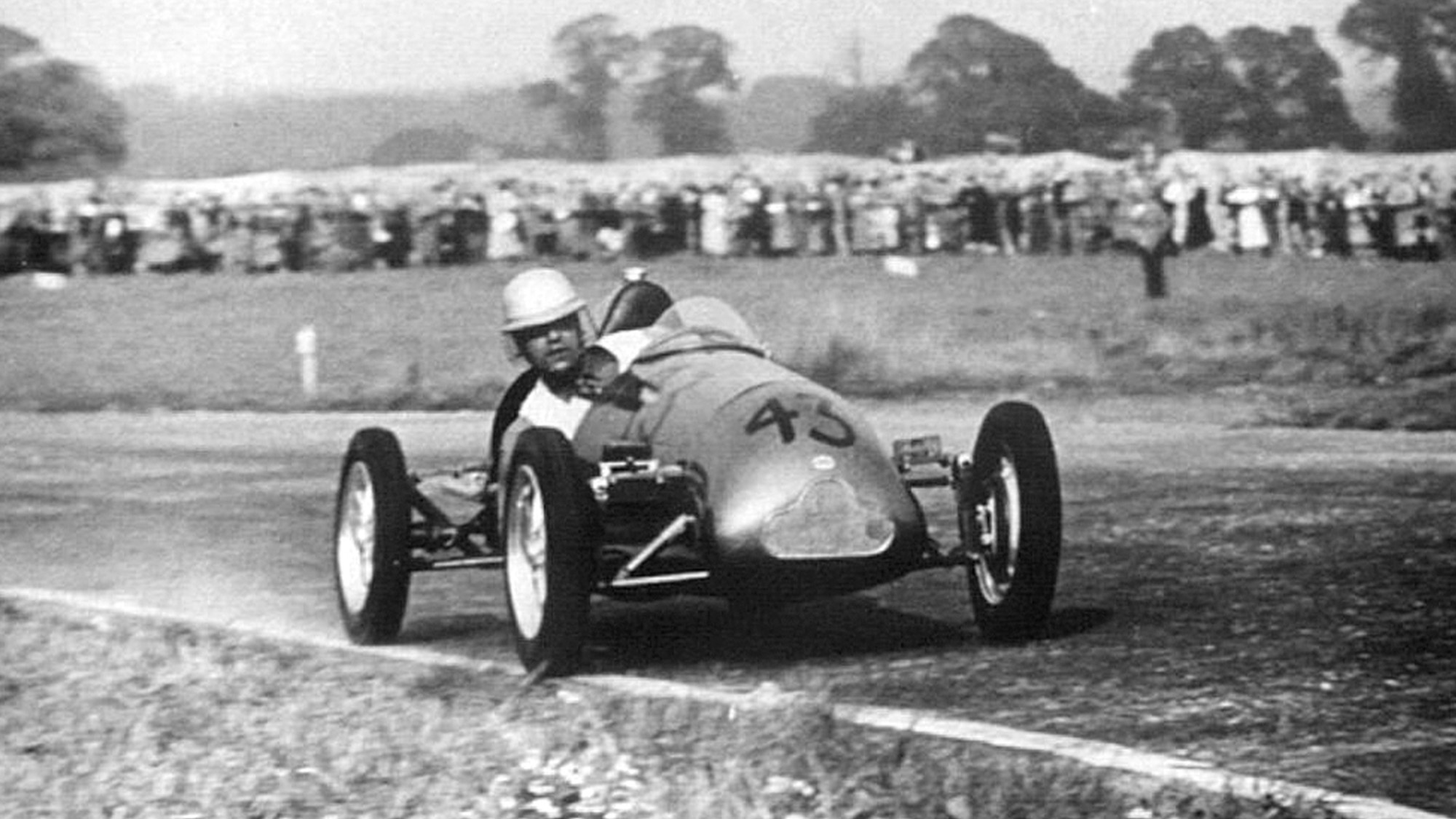 The all-alloy bodywork is believed to be original, and the Cooper has recently been set up by the leading motor sport engineers and race preparation specialists Cameron.

It is configured for hillclimbing and it competed at the Bernina and Chateau Impney events several times, but can be adapted for circuit use. It is, as they say, ‘ready to race’.