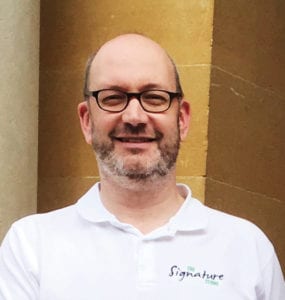 When it comes to driver-related collectibles, there’s no area of the market at the moment booming quite crash helmets. A driver’s crash helmet is their most personal and trusted possession.

Demand for originals and replicas is on the rise. Items from drivers like Ayrton Senna, Nigel Mansell and Michael Schumacher are soaring because the fans who want such items grew up watching their heroes.

Provenance is key. A race-used helmet will be worth more, and the ultimate is to find one signed by a world champion. If you can get a race-used Alain Prost helmet, for example, you would pay £10,000-£30,000 at the moment. While that’s a lot of money, Prost probably only had a handful of helmets per season. As investments go, they’re pretty solid.

Then there’s the more classic helmets. I recently went to see Tony Brooks, who amazingly only had two helmets his entire career. He showed me his current one and was bowled over when I advised him to insure it for £100,000. He never imagined it would be anywhere near that value, but to the right collector it’s near priceless.

Replica helmets are a big market. Many brands like Arai, Schuberth and Bell make full- or half-scale replicas, often in very limited numbers. A few are produced by the original painters – people like Sid Mosca, who painted all of Senna’s helmets. Something created by him in the same way as an original has extra sparkle.

There’s also a boom in half-scale ones as fans love to collect their favourite driver or team, take them to the track and get them signed. The right signature at the right time makes all the difference.

Andrew Francis is director at The Signature Store. thesignaturestore.co.uk