Sometimes bigger doesn’t mean better. That’s the lesson ultimately learned with the Jaguar XJR-11. Tom Walkinshaw’s recipe for sports car success was simple. Take world-class designers, put together an exceptional chassis and chuck a 7-litre V12 at the heart of it.

However, just after leading Jaguar back to the top step at Le Mans for the first time in over 30 years with the XJR-9LM, a sudden realisation came to Walkinshaw. The recipe
was no longer working.

A glance down the World Sportscar Championship entry list told you why. Mercedes had a 5-litre turbo. Nissan a 3.5-litre turbo. Porsche a 3-litre turbo. Turbo, turbo, turbo, each one significantly smaller, lighter and nimbler than the Jag’s hulking naturally aspirated V12.

While the under-stressed V12 still rang true for Le Mans, in order to succeed in the World Sportscar Championship, TWR needed to downsize and get a blower. It did that with the XJR-11.

With a new engine needed, Walkinshaw went to Jag’s old British Leyland stablemate MG Rover for the solution, adopting the 3.5-litre twin-turbocharged V64V which had been developed for the Metro 6R4. Reworked into a new all-aluminium unit, the final engine weighed 143kg as opposed to 308kg for the V12 and boasted between 650-750bhp after some TWR tuning and the fitting of twin Garrett turbochargers. 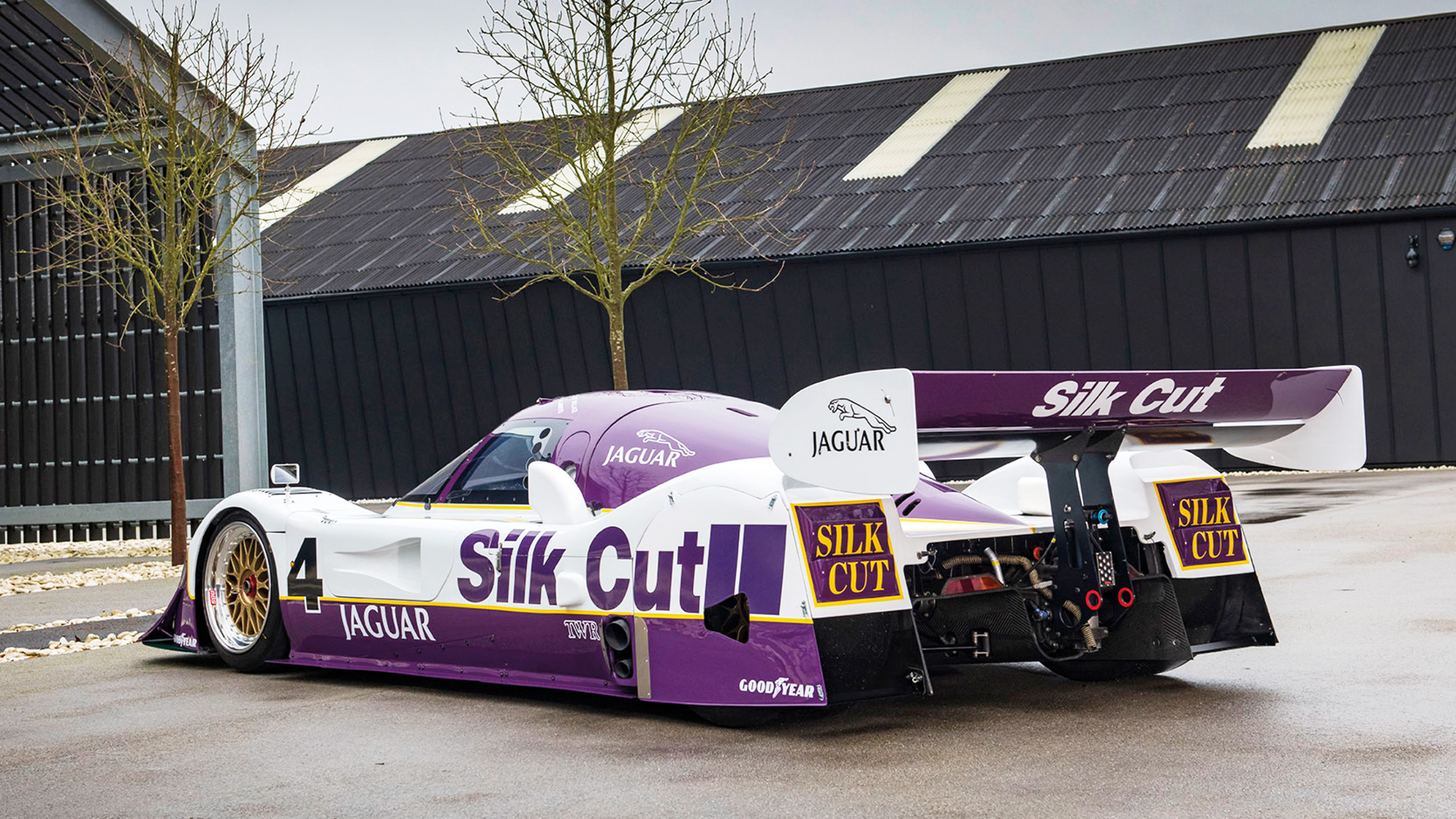 To go with the powertrain, Tony Southgate and Ross Brawn produced a new chassis for the XJR-11, evolving the fully carbon monocoque they had pioneered with the XJR-8/9 but compacting the design and including double wishbone pushrod suspension, and mounting the rear assembly outboard to free up extra space for ground-effect tunnels.

Two variants were made, one for IMSA in the US, which featured a scaled-down 3-litre and codenamed XJR-10, and the full-blooded Group C version. After starting 1989 with the XJR-9, the XJR-11 came on-stream in the fourth round at Brands Hatch. Jan Lammers and Patrick Tambay made an immediate impression by putting the car on pole, but faded back to fifth in the race.

Indeed, the XJR-11 would have to wait until the following May at Silverstone for its first victory, when Martin Brundle and Alain Ferté ended Mercedes’ eight-race winning streak. That was the XJR-11’s highlight, as Mercedes picked up the pace to dominate the season. Regardless, the XJR-11 stands as the only car to defeat the Silver Arrows that year, often showing incredible speed, just not for quite long enough.

Knowing the fragility of the engine, TWR reverted to a V12 for Le Mans, further updating the XJR-9 chassis to create the XJR-12 that in 1990 recorded the team’s second success at La Sarthe. The XJR-11 was retired after that, with TWR ditching the V64V in favour of Cosworth V8s for the XJR-14 of 1991. It may have had a short career, but the XJR-11 still stands as a key part of the Jaguar Group C story.