Despite TOCA’s hopes and efforts, the beginning of the 2021 British Touring Car Championship season will take place behind closed doors.

Thruxton showed its potential last year to shake things up after Colin Turkington’s lead over Ash Sutton evaporated by the time rounds 13, 14 and 15 were settled, and it looks like the 2021 BTCC season could be even more dramatic than the last.

Flash is back and racing with Team Dynamics. Gordon Shedden makes his return after several years away but is expecting a fight right out of the gate. “It looks mega competitive, but my fight and determination is as high as it’s ever been, so I’ll be giving it my all,” Shedden said of his comeback.

He’ll be joined by Dan Rowbottom who takes up the second seat with his Cataclean sponsorship. Honda’s withdrawal means there will be no third car this season, leaving no space for Dan Cammish.

Another familiar face making a return is Jason Plato, back with Power Maxed Racing for 2021 while Jade Edwards will become the first female BTCC driver in a decade, racing the BTC Civic Type R.

Then there’s the usual suspects. Reigning champion Ash Sutton is now with Infiniti while 2020 title rival Colin Turkington continues with Team BMW. The latter has added a third driver in Stephen Jelley to its line-up for ’21, with the 38-year-old moving over from Team Parker Racing to rejoin the outfit where he notched two of his three career victories.

Rory Butcher has left no stone unturned during the break as he hopes to put together a stronger year after finishing fifth in 2020. He’s been using sim racing from home more to become better prepared for the new season.

Last year’s Thruxton victor Tom Ingram has moved from Speedworks in what will be his first season away from the team. Last September he took races one and two there, but can he repeat in his Hyundai at Excelr8?

F1’s jewel in the crown is back on the calendar after last year’s cancellation. The 2019 race was won by Hamilton in his Mercedes but Red Bull has never been far away around the twisty streets. Could 2021 be Max Verstappen’s year?

A warm-up before the main event, IndyCar’s ‘Month of May’ whets the appetite and this road-course round only builds anticipation for the famous race at the end of the month. Team Penske won both Indy road-course races last year, with Josef Newgarden and Will Power the victors.

A delay to Sebring and then Portimão has pushed the World Endurance season further and further back, but the Hypercar era kicks off at a fitting venue. Spa-Francorchamps is now set to host the first WEC race in which Hypercars compete.

Round four of the 2021 WRC season is the return of Portugal to the calendar after last season’s cancellation. Eventual world champion Ott Tänak was victorious in 2019 with Toyota, narrowly seeing off Hyundai’s Thierry Neuville.

The French GP was one of the highlights from last season as riders fought on the edge of adhesion and sometimes beyond in a rain-affected race at Le Mans. Álex Márquez was the star there last year, rising from P17 to finish runner-up to Danilo Petrucci. 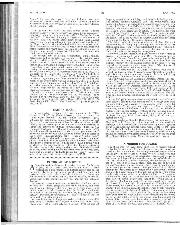 In the air at Elstree

As regular readers will know, I contrive to see one Air Display a year, for old times' sake, and as the V.S.C.C. were putting on a demonstration of historic racing… 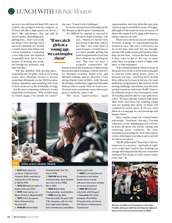 The bijou, aerodynamic Moynet LM75 was created by decorated wartime fighter pilot André Moynet, who later became a racer and also a cabinet minister, and Mouton was invited to share… Shortcomings as a top model, but not bad value It had been a long time since I had driven a Fiat, apart from my 126 runabout, the previous one having… 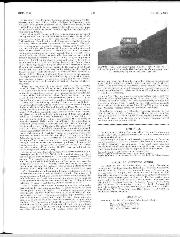