Lewis Hamilton vs Nico Rosberg is great box office, offering Formula 1 a much-needed narrative at a time when it is clamouring to engage with a global audience that’s shrinking alarmingly. But the knee-jerk, mid-season decision to ban some – but not all – radio communications between teams and drivers, perceived as ‘puppets’ for doing as they are told, was an act of strange desperation.

Regular readers might have noticed that our Grand Prix editor Mark Hughes put forward a total ban on pit-to-car communication as part of our ‘manifesto for change’ at the start of the year (see April’s issue). How prescient – but how F1, to fudge it by drawing a fine line between what and what isn’t allowed. Why make things simple, eh?

Anyway… While Mark and Nigel Roebuck were witnessing Mercedes tying itself in knots and Ferrari showing Luca di Montezemolo the door, I took a leaf from Simon Arron’s well-thumbed book by trying to squeeze as much diversity into a motor sporting month as possible. I started on the final day of August, with a trip ‘back home’: Brands Hatch for British GTs.

I’ve always had a soft spot for the series, particularly during the GT1 era of the mid- to late-1990s. It hit its peak back then, or so I used to think – but I don’t any more. The global success of GT3 and GT4 has filtered down to national level and the series is enjoying its greatest days right now. The big grid looked fantastic rumbling through Paddock. I liked the two-hour format, too: long enough to feel like a proper sports car race, but without any fear of outstaying its welcome. The Pro-Am mix is just as it should be at this level, and a winning cameo from rising Porsche star Nick Tandy kept a decent crowd hooked.

Mindful of a championship to win, he’d have respected Trackspeed’s team orders and followed the sister car of Phil Keen home, but then a late puncture for the Demon Tweeks 997 GT3 R allowed Tandy to claim the victory he deserved. As for Keen and partner Jon Minshaw, they’d take solace at Goodwood two weeks later with a twilight victory in the hour-long Sussex Trophy. From modern wide-track Porsche to thumping Lister-Jaguar ‘Knobbly’: quite a contrast.

My glorious September peaked on the weekend between Brands and the Revival, in the balmy (or should that be barmy?) heat of Santa Pod. Having paid a visit to the elegant calm of Hampton Court’s Concours of Élégance, (see Gordon Cruickshank’s column on p131), I headed north for something of a more ‘earthy’ flavour. The FIA European Drag Racing Finals would offer the most remarkable motor sport spectacle I’ve ever seen.

To my shame, I’d reached 40 without having seen a Top Fuel dragster run in anger. Now I knew I’d love it, so that didn’t surprise me. What did was the explosion of crazy panic that hits you in the chest each time a Top Fueller leaves the line. Yes, I’d been told countless time and braced myself accordingly. But I still jumped out of my skin.

I happened to stumble upon a landmark weekend, too, as a number of records tumbled. On the Friday Norwegian Thomas Nataas, who secured the European title at the event, hit 315mph over the 1000-foot race distance, a 4mph gain on his previous mark set in Sweden a couple of weeks earlier. He then raised his speed and lowered his time in Saturday qualifying with 316.4mph in just 3.949sec. Figures on a page just don’t do him justice.

The sport of drag racing is a friendly one, populated by down-to-earth racers who like nothing more than sharing their enthusiasm. Pro Modified crowd favourite Andy Robinson, who achieved the first five-second run for a Brit in his class that weekend, couldn’t have been more generous with his time as he showed me around his mighty orange Chevy Camaro. And as much as the Top Fuellers blew me away, it was the Pro Mods that really fascinated me. Correcting and recorrecting lurid slides during six-second, 230mph runs takes instinctive bravery and skill beyond the norm. The truth is, contrary to the obvious perception, this sport is less than straightforward.

The day also included the most bizarre accident I’d seen, and for a moment I feared the worst. Top Fuel biker Filippos Papafilippou has become something of an internet sensation after crossing into the other lane and colliding with rival Steve Woollatt. The Greek landed on the ‘wheelie bars’ that extend behind the bike to offer stability, and found himself right royally stuck. As his own bike ran on without him, Papafilippou was dragged along beyond the finish line, Woollatt almost doing a double-take as he realised he’d picked up a pillion passenger on his short, violent journey.

And the unfortunate man’s only injury? A skin abrasion on his left foot where the track surface had burnt through his leather boot. Look it up, because you won’t believe what you’re seeing – just like everything else at Santa Pod, come to that.

The first Formula E race in Beijing provoked a predictable ‘so what’ response from many. It’s definitely not for everyone, but we approve because it’s different. It’s breaking important new ground and there is huge potential for growth as electric racing technology matures. The racing wasn’t bad either, as you can read on p42.

As I watched on TV, I found myself wondering what Neil Young would think of it. Yes, I do mean that Neil Young, old ‘Shakey’, once of Buffalo Springfield and the finest folk-rock musician this side of Bob Dylan.

The link? Well, it’s tenuous… but it turns out Young is a car fanatic, albeit one with a raging environmental conscience. He has a new book out, Special Deluxe: a Memoir of Life and Cars, a rambling autobiography – and quite literally so.

Now, Formula E and motor racing in general probably wouldn’t be his thing. The cars he loves are ‘characterful’ old Americana, hulks that have seen better days but speak to him in a way shiny, reliable new models never could.

The problem is that nagging conscience has lumbered him with retrospective guilt over the many gas-guzzlers he’s owned, driven and abandoned – and it’s led him to calculate the amount of CO2 he’s pumped into the atmosphere on journeys he took 30, 40 or 50 years ago. Yes, really. Now stay with me here…

The book concludes with the story of how he turned a 1959 Lincoln Continental into an eco-friendly electric hybrid to make a point to those oil-loving citizens of the USA. Nuts?

Oh yes. But his book is the most conflicted, odd and original car book I’ve read. And through it all, his genuine love of cars remains undimmed.

“I bought my cars for their soul,” he writes. “They all had stories. I would sit in them and feel the stories and then write the songs from those feelings. Cars carry their memories with them. To me, my cars are alive. All cars are.” 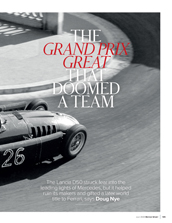 Lancia D50: The grand prix great that doomed a team 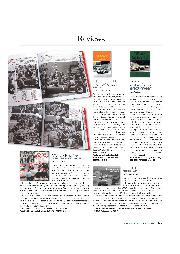 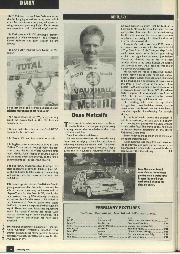 There are times when our sport can be an insular business, many participants rarely focusing… 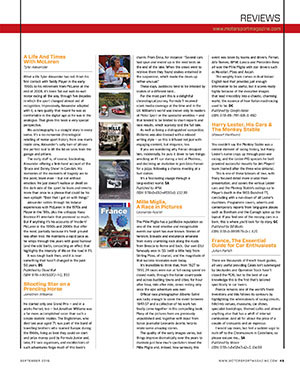 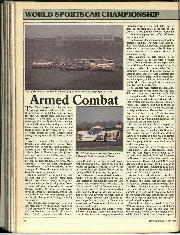 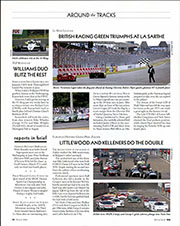 Littlewood and Kelleners do the double

European Historic Grand Prix: Zolder The biggest event of the season at Zolder marked the…