Mersey Beaucoup
Aintree, August 9: the British Grand Prix has long been absent, but racing exists still. Not a lot of people know that…

It is 20 years since I was in the area and precisely 32 since last I saw any racing here, but there’s no need for satellite navigation. Homing instinct kicks in at the end of the M57: bear left as you enter what might be the world’s largest roundabout (Switch Island), left again past a parade of shops, filter through half a mile of suburban Liverpool and then sharp right onto Melling Road, where you see a small, hump-backed bridge festooned with chequered flag paintwork, just as before. Continue over the crest, turn left through the gates and it transpires that I’m so early that there’s nobody here to check my ticket.

I’m now on a strip of asphalt once graced by Fangio, Clark, Moss, Brabham, Brooks, Castellotti and many others of their ilk, but today it features an ice cream van, a mobile chip kiosk, Ford Transits, toolkits and assorted racing clutter. To the left, where once there was a grass run-off, a golf driving range has been installed. To me, though, it’s still the Sefton Straight, a short blast that linked Anchor Crossing and Cottage Corner, second and third turns on the Aintree Grand Prix circuit, operational from 1954-1964 and the British Grand Prix’s home on five occasions between 1955 and 1962.

Ask anybody to draw up a list of Britain’s active racetracks and I suspect Aintree might not feature, but it bustles still. Beyond the full track’s closure, car racing continued on the club circuit until July 1982. If memory serves, maintenance costs were one of the reasons for its cessation, because errant cars kept damaging the jumps on the adjacent steeplechase course. I recall one meeting when George ‘Welly’ Potter’s Skoda-Chevrolet demolished the horse rails and perforated a fence to the outside of Village Corner, becoming so firmly wedged that it had to be left there for the day’s balance, protected by hay bales while racing continued.

Testing carried on in an official capacity for a few years during the 1980s (I once drove a Formula Ford here, but stopped after encountering a lady throwing sticks for her dog by the Railway Straight), but eventually wound down. Indeed, cars are no longer permitted to use the full lap at MSA-sanctioned events, because there is some chain-link fencing to the inside of Club Corner and the governing body considers that a licence impediment. Liverpool Motor Club continues to run a few sprint events each year, but the last turn remains out of bounds and the finishing line has to be located on the preceding straight.

Motorcycle racing, however, has continued uninterrupted at the venue since 1954 – and I’ve come to watch the fourth of Aintree Motorcycle Racing Club’s five annual events (one per month from May to September – check aintreemrc.co.uk for dates).

I head almost immediately to Country Corner, the cambered left-hander that used to offer decent sightlines across much of the track. Still does, come to that. It feels comforting yet slightly eerie to stand here again after all this time, but the grey ribbon looks exactly as I remember it. The periphery, though, has altered significantly in my absence. Once an overgrown wasteland, wherein marshals sometimes struggled to find cars that had spun off into the long grass, the infield now incorporates a trim nine-hole golf course with trees, bushes and bunkers that slightly compromise views to the far side. The distant warehouses and industrial cranes of yore have been replaced by neat housing estates, so presumably quite a few people get a decent view of the Grand National from their bedroom windows. The race control ‘building’, though, is still a double-decker bus, albeit more modern than the knackered Routemaster that once fulfilled the role.

The horse racing rails are no longer permanently in place, while the steeplechase fences are concealed beneath green covers and appear partially dismantled. All the same, the backdrop’s raison d’être is fairly obvious. Horse racing and golf dominate and motor sport has to squeeze in where it can. Some of the facilities have improved beyond measure, mind. The gents’ loo used to be a two-walled building on land the driving range now occupies: it was supposed to have four, but two had collapsed and nobody ever bothered to fix them.

The AMCRC packs 25 races into its day, featuring everything from classic sidecars to superbikes via bygone Grand Prix machinery. Although the circuit looks quite straightforward – with only four corners, two of them very long – frequent red-flag stoppages underline that high approach speeds present a significant challenge.

At one point, spotting my camera and trackside tabard, a stranger asks whether I have any photographs of his friend’s accident 20 minutes beforehand. I shake my head. “He’s OK,” my new acquaintance adds, “but as a precaution they’ve taken him to hospital. He’d only just come out…”

A different breed, as they say.

It has become a matter of custom, one that began in 2009. Five years ago, the Historic Sports Car Club’s Oulton Park Gold Cup clashed with the Grand Prix of Europe in Valencia. Solution? Drive from Kent to Liverpool, fly to Spain, back first thing Monday, on to Oulton and then finally back to Kent – perfect. Since then, the F1 calendar has been adjusted in my favour, creating a straightforward drive from southern Belgium to north-west England – seven and a bit hours on the road, and you can still arrive in time for a paddock breakfast after a quick snooze stop (for three hours or so).

This year’s conveyance, kindly loaned, was a Mercedes SLK 250 CDI AMG Sport, an old-style grand tourer that blends terrific comfort with minimum effort and reasonable economy. The Belgian police have a habit of implanting illogical diversions at Grand Prix time – this year’s circuit escape route changed by the day and at one point led traffic through the middle of a forest, perfect for Mk2 Escorts but the SLK coped without murmur.

No matter how many times you visit Spa (30-odd, in my case), a first glimpse of Raidillon always has the same effect, setting the senses atingle as you spot the vivid kerbs rising between the pines. There used to be a chip kiosk by the media parking area (it disappeared a couple of years back, sadly), and upon arrival it became the norm to purchase a portion of the local delicacy, lace them with mayonnaise and immerse yourself in a haze of calories and contentment while contemplating one of the world’s most famous stretches of racetrack.

But even without chips, it retains the capacity to inspire.

What unfolded, of course, was much wailing about an incident that was minor in nature but could have significant repercussions in terms of the title’s destiny. Nico Rosberg was guilty of little more than ill-judged clumsiness when he tapped team-mate Lewis Hamilton, but some of the post-race reaction made you wonder whether you’d missed him committing a couple of crimes against humanity circa lap 27.

The hysteria level was rising still as I drove away, picking my way through endless hamlets until finally being allowed to merge with the E42. It would be another 500 miles before I picked up road signs to Little Budworth, not that such guidance was required. When they loomed into view, the Lodge Gates had a similar effect on my senses as Raidillon: they always have and doubtless always will.

The first thing I’d spotted in the Spa paddock was Red Bull’s Energy Station, a three-tier ‘motorhome’ that might be visible from outer space. At Oulton it was Iain Rowley’s Delta T78 FF2000 racer, an early fruit of Patrick Head’s pen. It was next to a folding table laced with plastic coffee cups. 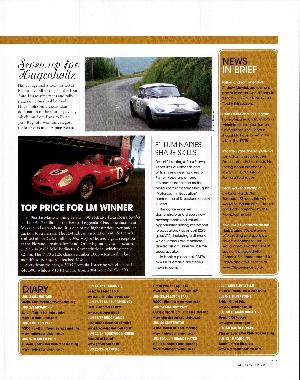 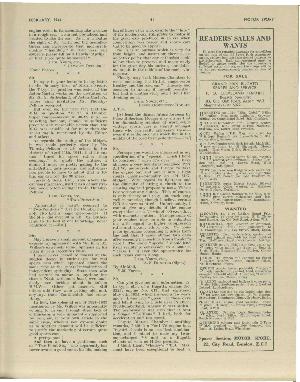 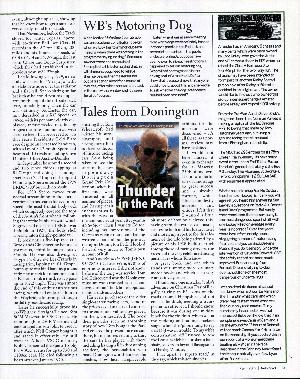 When I edited MotorSport our labrador was an occasional contributor. It began when we took her to a minor club race meeting when there was nothing in the programme saying… 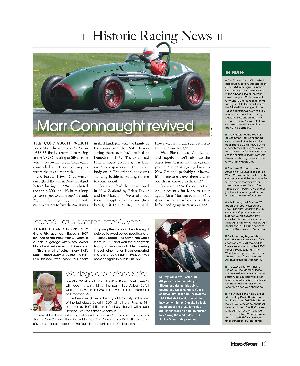