Introduced in 1953 the AC Ace was the first post-war British sports car to feature all-independent suspension, and it is still one of the best-looking sports cars on the road. Designed mainly by John Tojeiro, the Ace features a chassis based on two large diameter tubes with subframes front and rear to take the transverse leaf spring and wishbone suspension. The engine first fitted was the 2-litre six-cylinder AC engine.

However, the car really came into prominence when the six-cylinder Bristol engine, giving power outputs of up to 120bhp, became available in 1956. With this engine the Ace began a long run of competition successes, especially in the United States. However, because the Bristol engine is in short supply Ace and Aceca models will now be transported from the Thames Ditton factory to K N Rudd Ltd at Worthing, for the fitting of a Ford Zephyr engine.

At first this seems a retrograde step, discarding the overhead camshaft AC engine and the Bristol with its ingenious valve gear, but the 2½-litre Zephyr in standard form produces maximum torque of 133lb ft compared with 129lb ft of the Bristol, and of course is much cheaper. The basic price of the Ace will now be £1696 17s 6d, a saving of about £500 on the Bristol-engined cars.

Rudd anticipates that most owners will require a tuned engine and has devised three stages of tune, from 120bhp with three SU carbs to 170bhp with triple Webers, lightweight pistons and alloy rods. To sample the performance, Ken Rudd loaned us his prototype fitted with the 155bhp Stage IV conversion featuring six-port head.

We learned from Mr Rudd, who has been responsible for much AC development through his racing activities, that the Zephyr engine is only 40lb heavier than the Bristol. The test car was also fitted with the optional Laycock overdrive, operating on third and top gears, which as we discovered is well worth the cost. Entry into the Ace is about on a par with most sports cars – awkward, and getting out is hampered by a handbrake lever that usually manages to travel up the trouser leg. The well-padded bucket seats give excellent lateral support, but the backrests are a little too upright for those drivers who prefer the now popular semi-reclining position. Wedges are available to give the necessary rake.

Pedal positions are good but most drivers would prefer an organ-type throttle pedal to facilitate heel-and-toe gear changes. On the test car the optional wood-rimmed steering wheel was fitted, its column adjustable for both reach and rake. Instrumentation is very complete, with tachometer and speedometer on either side of the steering column, and gauges for fuel, oil, water, ammeter and a clock all to the left. The direction indicator switch is on the steering wheel boss, as is the horn button. To the extreme right of the facia is the overdrive switch, which can be operated by index finger without removing your hand from the wheel. The instrumentation is completed by a windscreen washer button, the jets for which are angled to hit the correct spot when travelling at speed; unfortunately we operated them with the hood down at a service station, so driver and a surprised attendant were given a shower.

For the stowing of odds and ends the Ace has a good, lockable glovebox and pockets in both doors. The boot, although shallow because the spare wheel is mounted flat on the floor, is surprisingly commodious and will take the holiday luggage of two people.

Driving away from Worthing it soon became clear that the excellent torque of the Zephyr engine had endowed the Ace with great tractability and fascinating top-gear performance; in fact, it was possible to potter along at 30mph in overdrive top and accelerate smoothly away up to a comfortable 90mph cruising speed. Twin silencers keep noise to a minimum; the AC with the Zephyr engine is much quieter than many much slower sports cars. Using 5500rpm as a maximum the performance is extremely satisfying, with 0-60mph arriving in 9.6sec, a top speed of 123.8mph, a standing start mile in 16.3sec and fuel consumption of 22.4mpg.

The figures are about the same as these for the Ace-Bristol, and of course the Zephyr engine has at least 20bhp more to come. With the hood erected Ken Rudd has been timed at 130mph. The optional extra hard-top would probably extract another 1 or 2mph, although for normal motoring the hood is perfectly acceptable, though vision is rather restricted. There is a good deal of turbulence without the hood and no doubt an aerodynamicist could explain why a flat hat, well pulled down, would always fly off at exactly 80mph.

Although the Ace has independent suspension all round the ride is very firm. On bad secondary roads some body shake is evident, although the light-alloy bodywork on a tubular steel frame showed no sign of warping and all panels were an excellent fit. With the settings of the test car the handling is superb; a driver new to the car has little difficulty in judging just where the limit of adhesion comes and fast main road curves can be taken at full throttle. Towards the limit oversteer warns of impending breakaway, but lifting off the throttle foot restores the status quo.

With only two turns lock-to-lock the steering wheel calls for little movement in making corrections and the Ace can be tweaked through traffic gaps very easily. Naturally the steering calls for some effort but this remains constant, being no worse at parking speeds than when travelling fast.

Girling disc brakes are standard on the front and combined with Alfin drums at the rear provide the AC with almost unbeatable braking. Most other cars are soon left behind without the need to constantly ‘swap cogs’, and on winding roads third, overdrive third and top gears are all that is required to keep up very high average speeds.

Now that the design incorporates a Ford engine, service will be available all over the world and be considerably cheaper. Moreover, the adoption of the Zephyr engine endows the AC Ace with a more attractive performance on the road and, when in racing tune, it should go so quickly that it stands a good chance of being banned from BARC marque races!

Before the Cobra came the Ace, simple, rugged and smart. From 1956, Bristol six offered instead of ageing AC motor; discs from ’57; Zephyr six from ’61 on brought overdue kick and neater grille. 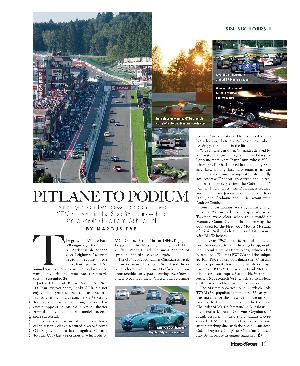 Shaun Lynn and Andrew Haddon upheld GT40 honour in the Spa Six Hours with aremarkable drive from 98th to first By Marcus Pye The growl of 4.7-litre Ford V8 engines… 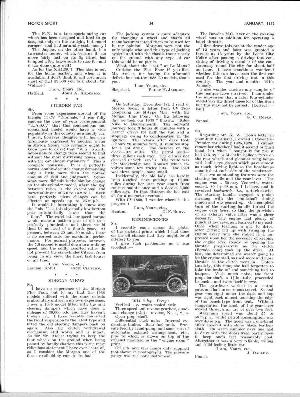 Sir, Regarding Mr KW Toon's letter in your July 1951 issue, I owned a Coventry Premier car during 1925/1926. I cannot remember whether I had it second or third hand, but when I bought… 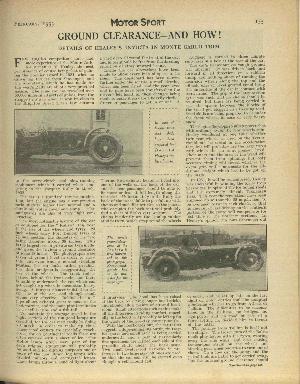 GROUND CLEARANCE AND HOW! DETAILS OF HEALEY'S INVICTA IN MONTE CARLO TRIM FEW English competitors have had more experience of the Monte Carlo Rally than D. M. Healey, his finest… 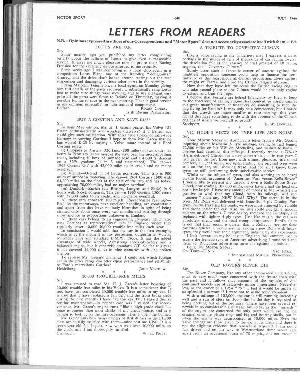 Sir, The Rover Company, like any other commercial undertaking, must be very much more concerned with the future than with the past and it follows that accounts of the exploits…

July 1966 Issue
By Motor Sport
Out of stock