● It seems you’re never far from a car with irrefutable ties to Steve McQueen. This recently reassembled Chevron B16, chassis b16-70-26, above, was bought by the actor’s Solar Productions and raced by Clive Baker/Digby Martland at Le Mans 1970 (DNF), which in turn gave it a role in McQueen’s plot-flimsy ’71 film Le Mans. It’s on sale at Legends Automotive in Bicester for £225,000.

● In July car production in the UK fell to its lowest level since 1956, says the Society of Motor Manufacturers and Traders. 53,438 cars were built, a fall of 37.6% compared to last July. “The semiconductors shortage shows little sign of abating,” says SMMT’s chief executive Mike Hawes.

● If you think that’s gloomy, in 1949 the UK government was urging businesses to ‘Export or die’. Austin did its bit with the streamlined A90 Atlantic, aimed at the American market. But of almost 8000 made, just 350 ended up in the US. Corrosion ate A90s alive and now there are fewer than 60 left. You’ll find a ’49 fully restored convertible at St Andrews Autos in Chelmsford for £29,950.

● Research by car finance company Moneybarn has revealed the best and worst places in the UK to buy a used car. Bottom, with much soul-searching to do, is Burton upon Trent where 52% of reviews for its dealerships were ‘terrible’. Sitting in sunlit uplands is Bolton, where 75% of dealers were rated as ‘excellent’. Please form an orderly queue on the A666. 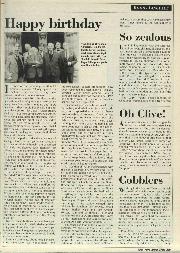 I am in full agreement with the suppresslion of pornography in public places, and I have never craved a personalised number plate. However, in this age of violent crime, was… 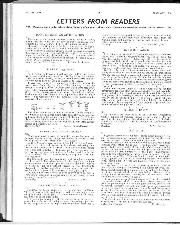 Sir, I have this week marked up 100,000 miles in a Mark VI Bentley saloon, and I would be delighted to take you out in it for a day when… 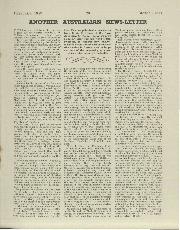 Last May we published a news-letter from R. A. D. Hood, of the Royal Australian Air Force. Below we print a similar letter from his friend R. Beal Pritchett, of… 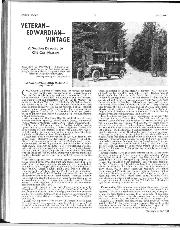 Veteran - Edwardian - vintage: a section devoted to old-car matters, May 1963

V.S.C.C Silverstone Meeting (April 20th) Conclusive proof of enthusiasm for vintage-car racing was seen by the very big crowd which braved appalling weather at this meeting, and the enormous entry…