We are informed that the Continental Tyres in a variety of sizes can now be obtained to fit existing rims. This is no doubt an advantage, as apart from the fact that it enables a motorist to change over his normal tyres to balloon without having to go to the expense of new wheels ; it also enables him to make a preliminary test by fitting balloon tyres on the rear wheels only, besides making it possible to use up his normal tyres on the front wheels, supposing, as is most likely, that after the test he conies to the conclusion that for the future he would use balloon. The following sizes of these balloon tyres are now available to fit existing rims :-710 x go mm. ; 760 x 90 mm. ; 820 X ‘120 mm.; 880 x 135 mm. ; 31 x 4.4 in.

Messrs. Rooke, Loader & Co., the well-known Southsea A.C. Agents, when opening their new showrooms in Osborne Road, during the earlier part of this month, took the unusual course of celebrating the event by having a special display of these cars. The outstanding exhibit was a luxurious example of A.C. Coupe on a six-cylinder model chassis ; they were also showing one of the 12 h.p. Royal two-seaters. The Royal is the standard A.C. and sells at 33o. The new Sovereign, of which an example was also on view, is the same as the Royal except that by economy of equipment and process of manufacture it has been possible to reduce the price of the two-seater to £275. 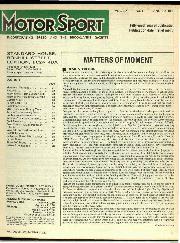 Design trends As another year commences, it is satisfactory to be able to record that motor-car design ts as fluid as ever and that so many interesting cars are available… 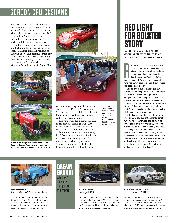 What we’d blow the budget on this month Ecurie Bertelli Aston Martin 1½-litre Le Mans The factory prototype four-seater, works demonstrator and Gordon Sutherland’s own car. Road-tested by The Motor… 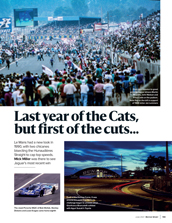 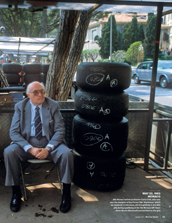 May 22, 1982 Monaco Alfa Romeo technical director Carlo Chiti, who was also the designer of the Ferrari 156 ‘Sharknose’ which we celebrate in this issue, sits thoughtfully in the…

Formula 1 pay cheques are staggering – but it’s not as if drivers are in short supply… Kimi Räikkönen famously encountered stormy waters late last year, when his ‘Lotus’ team’s…