oN the 31st August at the meeting at Aspajon, near Paris, J. S. Wright succeeded in regaining the world’s maximum speed record for motorcycles, on his supercharged 996 c.c. O.E.C.-TempleJ.A.P. •

The English rider’s achievement called forth a great deal of praise because at the time of the attack-it was 6 a.m.-a ground mist hung over the course, while the road surface had suffered to some extent owing to a violent storm, which had occurred during the previous night. His mean speed for the flying kilometre was 137.32 m.p.h., and he thus exceeded the figures of the previous record held by Ernest Henne by 2.64 m.p.h.

The German rider, however, has since attacked the record for both the kilometre and the mile on his supercharged 750 c.c. B.M.W. flat-twin. Henne rode over the Ingoldstadt road near Munich, and while an unofficial report states that he has set up a further record, at the time of going to press, no official intimation has been made by the F.I.C.3.1. 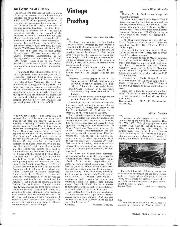 Sir, I enclose a photograph of my wife's grandfather at the wheel of a Salmson, Reg. No. YO 5365. This photograph was taken in early 1928 when the vehicle belonged…

Race report Rain at the Singapore and Japanese grands prix  couldn’t dampen Verstappen’s victory Word on the beat Latest on the driver changes for 2023, Korean GP rumours and Porsche’s… 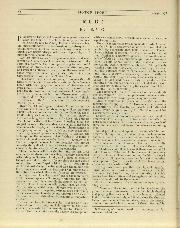 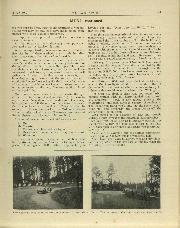 M U 1) ! By E. V. G. IN answer to the perfect tornado of requests showered upon me from all directions (mainly in the form of single tickets to… 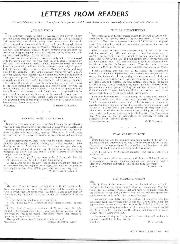 Sir, My sympathy is with your correspondent P. Everard of Luton who complains in the January issue of the increase from 2 1/2p to 12p in the price of Esso…