The letter from Mr. Bowden published in your August issue is really none of my business, except where it refers to the world of aviation and in particular to pilots. I must apologise for intruding in order to point out a few hard facts.

Mr. Bowden compared an airship commander with what he calls ” the frenetic young captain of any jet-transport juggling nervously with his controls on final approach.” I would suggest that, if he can get an opportunity, Mr. Bowden should ” sit-in ” on a flight deck during the approach and landing of a jet transport aircraft so that he may see exactly what a cool calculated business the approach operation really is. He might even try juggling with the controls of any heavy aircraft so that he will see how averse they are from juggling.

As for his assertion that jet-transport captains are generally young : may I point out that the Chairman and Vice-Chairman of this Association, who both fly jets, have over one hundred years of wisdom between them; obviously somewhat older than Mr. Bowden, whose reference to the Riot puts him into the 35 years age range. D. Fouows, General Secretary, 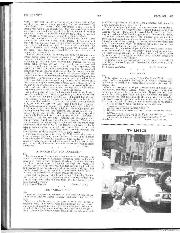 Sir, With regards to your current "Best Car in the World" campaign, I offer a suggestion that might cause you to reassess your opinion as to whether Mercedes-Benz is suitable… 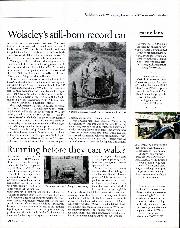 Running before they can walk?

Autocar recently scooped the first description of BMW's reborn Mini. There is much nostalgic respect still for Alec Issigonis's original Mini of 1959. We may remember its many early defects… 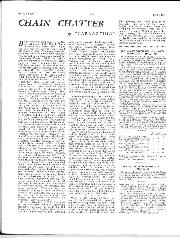 The 21st Whitsuntide G.P. at Chimay was confined to unblown cars up to 2,000 c.c. (Formula II) and the entry comprised a very assorted collection of vehicles, as is customary for… 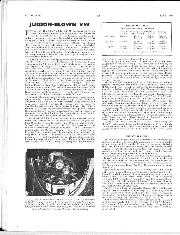 The article "Hot VWs" published in Motor Sport last March aroused widespread interest, and we were asked by the Service Garages of Colchester to test a Volkswagen supercharged by Judson.…