The Bristol Britannia XM496 Preservation Society is appealing for volunteers to help save the sole surviving RAF Bristol Britannia long-range transport aircraft. Of 85 Britannias built, 23 were ordered by the RAF and delivered in 1959-60. Celestial names such as Arcturus, Sirius and Vega were given to each of the heavy lifters. XM496 Regulus (the brightest star in Leo) has been based at Cotswold Airport in Gloucestershire – the former RAF Kemble – since its retirement in 1997.

“We seek to recruit engineering and non-engineering volunteers to train up and eventually replace the original volunteers who have made preservation possible since 496 was saved from being scrapped,” said group PR committee member Brian Weatherly. “Jim Brown is the lead engineer. He started his association with the Britannia as a ground engineer at RAF Lyneham in 1959. Jim will classify each person according to their individual skills and availability.”

The turboprop Britannia earnt its nickname “The Whispering Giant” due to its smooth flying and quiet interior noise but with jets revolutionising long-distance travel from the late ’50s, BOAC retired its Britannias in 1965 after just eight years of service. The RAF continued to use the type until 1975.

Regulus was used by the RAF to ferry artefacts between Egypt and London for the British Museum’s Treasures of Tutankhamun exhibition in 1972 and was later operated privately in Cuba and Africa. By 1997, it was the only Britannia left flying in the world.

Register interest at xm496.com or visit an open day at Cotswold Airport, which take place every Saturday until September 25. 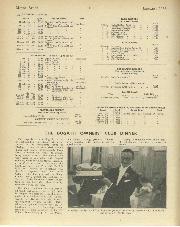 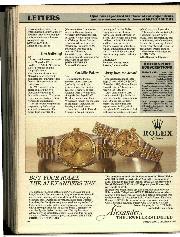 Sir, I read with interest the article on the Mercedes 300 SL (Motor Sport, November 1988). From this and the company's recent advertisements it seems that Mercedes-Benz believes it originated… 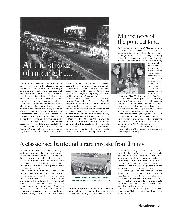 Manoeuvres of the political kind

Don’t you just love politicians? While appreciating they have a tremendously exposed, difficult and demanding job to do, these too-often over-weeningly self-important, self-promoting (and variably incompetent) creatures have willingly set… 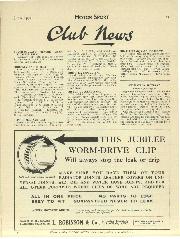 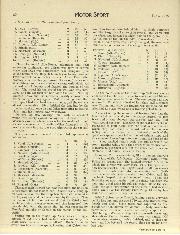 etiJ /Lewd' SOUTH-MIDLAND CENTRE CHAMPIONSHIP TRIAL. SAtirday, July 12th, is the date chosen for this event, which will be open to solos, sidecars and cyclecars. BRINSLEY AND D. M.C.C. Results…