THE person who reads MOTOR SPORT wants no prompting when it comes to going on with this motoring. If he is without a car at present, it is very probable that it is only because he is taking advantage of this busy and restricted age to carry out a careful overhaul and modification prior to some further spells behind the wheel.

Now that nearly every active person is fully occupied either serving with H.M. Forces, in A.R.P. or other Home Defence services, or on war work of national importance of some kind or another, the time for relaxation is curtailed, but the need of it is more accentuated than ever before. Motoring is regarded as an ideal means of relaxation by ordinary car-owners, and, to the enthusiast, to be deprived of his motoring would act as a counter to any other relaxation he might enjoy. Fortunately, a year of full-scale war has not stopped private motoring. Nor is there any need to feel ashamed of using a car on the basic ration of fuel. Those “men of wrath,” as “J. D. A.” calls them, who seek to have private motoring banned in time of war, have their answer in a number of undisputable facts:

(1) The present tax on horse-power and fuel is such that the ownership of a car becomes a more patriotic gesture than converting the equivalent expenditure into Savings Bonds.

(2) The permissible basic fuel ration represents only a very minute proportion of the oil which it is essential to bring across the seas to maintain our war effort, so it is ridiculous to suggest that private motoring is needlessly endangering our seamen’s lives.

(3) Pool spirit is largely composed of a by-product of distillation in obtaining the high-octane fuel burnt in our fighting aircraft, and so is not direct robbery of valuable military stock.

(4) By continuing to use your car you are reducing unemployment figures, which would be greatly increased by the total collapse of the garage and secondhand car trades.

So you may continue to use your car with a clear conscience while basic fuel rations are issued. We hope that enthusiasts will show their superior keenness and driving efficiency by taxing their cars throughout the coming winter, remembering that with the masked headlamp night driving in the black-out has lost much of its unpleasantness. Even impecunious enthusiasts need not despair, for under the less hurried motoring conditions now prevailing, with more time for work in the garage, and annual mileage restricted to a half or a quarter that once put in, the really cheap, vintage small car should give satisfactory “fun-motoring” in skilled hands. This is a matter which we have had no compunction in referring to elsewhere in this issue, although we shall always decry the use of very old cars by ordinary drivers in the crowded conditions of peace. 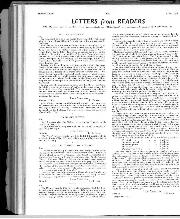 Sir, The 1-1/2-litre Formula, if it survives the execration which has been heaped upon it from almost every side, is likely to encourage a high-revving, complicated and temperamental type of… 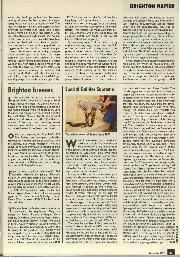 When I interviewed that celebrated builder of specials, Challenor Barson, while he was on a visit to his brother in this country, from S Africa, I had no idea that… 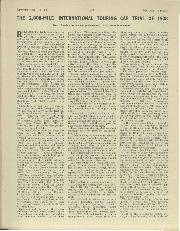 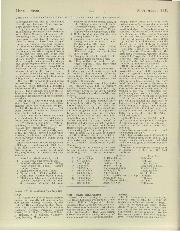 THE 2,000-MILE INTERNATIONAL TOURING CAR TRIAL OF 1908 Cecil Clutton writes comprehensively of an important event RELIABILITY. trials have altered so much in the last few years that it is… 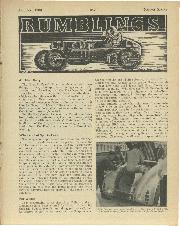 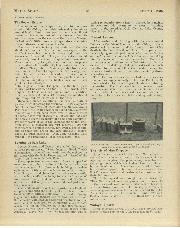 At Montlhery The French Grand Prix has demonstrated two things. One, that sports-car racing can be really exciting, and the other, that the French public think "otherwise, at any rate…