When they were new
An original road test taken from the Motor Sport archives, October 1965 | by Denis Jenkinson

When I first heard about the Sunbeam Tiger project, the idea of putting a Ford V8 engine into a Sunbeam Alpine made me shudder a bit. Although the Alpine is a sound enough car it can hardly be considered a classic high-speed vehicle and I visualised this rather genteel two-seater roadster suddenly finding itself possessed of 300bhp like a Shelby-Cobra.

The next acquaintance with the idea was the sight of the rather rorty-looking Le Mans cars, with alloy wheels, stark trim, rowdy exhaust systems and holes and bulges all over the bodywork. Consequently, when the editor said I could borrow a Sunbeam Tiger for a day I automatically visualised a car that was going to be a bit of a riot, with a thundering great V8 engine and so much power that it would be an embarrassment on the open road.

Imagine my surprise when I went to collect it and found a very normal-looking Sunbeam Alpine… normal except for larger-section tyres and the name Tiger on the side. At first I was disappointed because I thought I was going to get a Rootes version of a Shelby-Cobra, but I soon re-adjusted my ideas and realised that whereas the Shelby-Cobras are great fun, they are not exactly practical. But this Tiger was not only practical and usable but surprisingly pleasant. The 4.2-litre Ford V8 engine is absolutely standard and is fitted into the Alpine bonnet space so neatly that you would think it was specially made; there are no air scoops, power bulges or what-have-you, so the result is the best sort of Q-car. Even the V8 exhaust noise is very subdued and you can glide about the place looking like an innocuous Alpine at first glance, and when an MGB or TR4 appears in the mirror you just waft away in top gear, leaving them looking very surprised. With 258lb ft of torque at 2200rpm the wafting away is very impressive and there is no noise or fuss.

The mention of an ohv Ford V8 immediately conjures up four double-choke Webers, massive exhaust pipes, 7000rpm and 300-350 bhp, but Ford also makes a cooking ohv V8 that gives 164bhp at 4400rpm without the slightest sound, and this is the unit in the Tiger. A Borg-Warner four-speed manual gearbox is coupled to the V8 engine and a short rigid central lever controls it in a lumpy sort of fashion, as gearboxes go, but the torque of the engine makes use of the gearbox almost unnecessary.

For maximum acceleration it paid to forget third gear: after winding it up in second, a quick “around the corner” change into top brought you onto the peak of the torque curve and the car then really got along pretty well. The stability was much better than I imagined and, although the ride was choppy and the suspension uninspired, it was quite usable as a fast roadster and gave confidence to hold it flat out. Rootes blurb sheets claim 125mph but the one I borrowed would not even show that on its speedo. However, it did hold 4400rpm along the Stevenage by-pass, which is peak power engine speed, and a calculated 105mph on the 2.88 to 1 rear axle, but it felt as if it would have gone on all day at that speed. It weighed 2632lb in running trim, with radio, heater, hard-top and all mod cons.

The torque output is another matter and 258lb ft make it a very quick car about the place, the typical Rootes handling and steering being all right for road use, in and out of the traffic on the open road.

To find out if it did accelerate I took it along to the British Drag Racing Association practice day on a beam-timed ¼-mile standing-start and it did a best of 16.34sec in the dry and consistently beat 17sec, which was not bad for a fully equipped roadster. On a damp track it was impossible to do a fierce take-off as the cart-sprung rear axle stamped up and down like a jack-rabbit. Figures are not the best thing for the Tiger, its behaviour and manner being far more impressive, the engine being unbelievably quiet and smooth and the torque making the car extremely flexible and restful to drive.

There is rather a lot of wind noise around the windscreen pillars, which is accentuated in the hard-top version, and this, coupled with the jolting and pounding from the suspension, makes you feel you are really charging along, and when you think you must he doing 80 or 90mph in the dark you put the panel light on to find you are doing 65-70mph! This must make it an essentially safe car in inexperienced hands, and with an all-in price of £1445 10s 6d, of which £250 10s 5d goes to the Government, it will certainly be found in many inexperienced hands. At such a low price it must surely sell like “hot cakes”, or should it be “hot rods”!

Now that it is available on the British market, it seems unlikely that Rootes will sell any more Alpines, for this Anglo-American-bastard two-seater is such good value, giving an effortless 100mph anywhere and a maximum speed that is also its cruising speed, while the engine should last for ever. 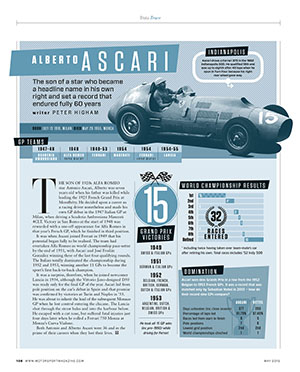 May 2015 Issue
By Peter Higham 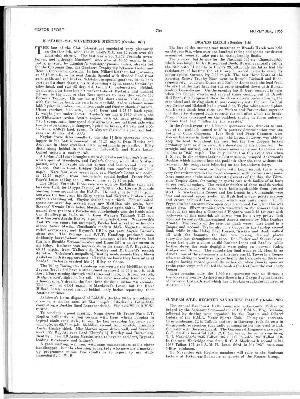 The annual Sandhurst Rally comprised a Concours d'Elegance judged by the Assistant Commandant of the R.M.A., Brig. Graham, followed by driving tests organised by the Captain and Officer/Cadets of the… 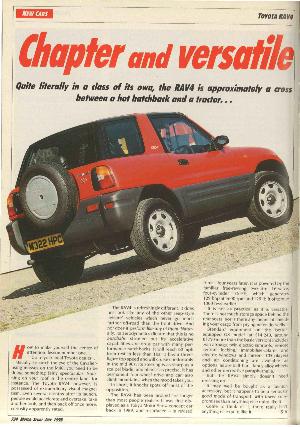 Quite literally in a class of its own, the RAV4 is approximately a cross between a hot hatchback and a tractor… How to make yourself the centre of attention, lesson… 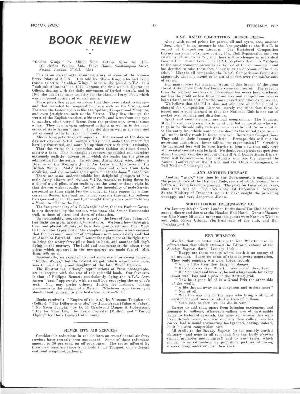 Along with raised prices for petrol, oil and tyres, etc., another "Suez crisis" is an increase in the fees payable to the R.A.C. in respect of Competition Licences. The Restricted…