Long before I drove this new ‘Polestar’ version of the V60 hatch, I had the impression that Volvo is a marque on the move. Freed from its Ford shackles and apparently given far more room to manoeuvre under its current Chinese proprietor, Volvo has been gently nudging its brand in an effort to make it work a little harder. And now it’s been given an almighty shove.

Polestar is to become to Volvo what M, AMG and Quattro GmbH are to, respectively, BMW, Mercedes-Benz and Audi. And the result is shockingly unlike any Volvo since, I guess, the entertaining but ultimately awful T5-R versions of the 850 launched 20-odd years ago.

It has 345bhp, massive brakes, a four-wheel-drive system capable of transmitting 100 per cent of the engine’s torque to the rear axle and, get this, driver-adjustable Ohlins dampers.

It’s a fascinating first step along a road I think Volvo can now travel with confidence – but a first step it remains. The 3-litre six-cylinder turbo sounds good and delivers decent performance, even if the six-speed auto gearbox lags behind the seven- and eight-speed units used by its new-found German rivals.

But its real problem lies in the chassis. The car I drove came straight to me from the Goodwood Festival of Speed, so it is possible the shockers had been turned up to 11 and not returned to their more usual settings.

I hope so, for the ride quality was frankly disastrous. So much so that it adversely affected the car’s handling on my standard test route, finding and being deflected by bumps I didn’t previously know existed. Nor was it helped by steering that offered only the vaguest information about conditions underfoot. Its other problems are even easier to see and start with its £49,775 price tag. A new BMW M3 is only £6000 more expensive and, in every way I can see in terms of raw ability, is over the hills and far away.

I’m not sure that this really matters very much. If they can sell them, only 125 Polestar V60s will come to the UK before the model is discontinued.

The entire powertrain will then die before an all-new generation of ultra-efficient four-cylinder motors capable of producing 400bhp from just two litres with plug-in hybrid assistance come on line. This, then, is little more than a toe in the water, despite the decision to take the big plunge having already been taken.

So I feel inclined to see this car’s manifest failings in a bigger picture context and welcome instead the fact that Volvo now has the confidence to build high-performance cars.

If the lessons of this one are well learned, there’s no reason why – in a very few years from now – the German high-performance mob can’t find themselves with a new and credible Swedish alternative. 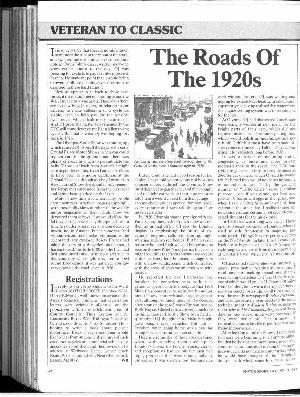 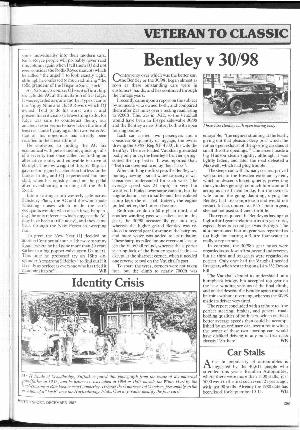 In reply to our correspondent Colin Ward (Letters, MOTOR SPORT, October 1987), Harry Edwards, well-known historian of the Morris Register, confirms that registration letters were originally allocated on the population… 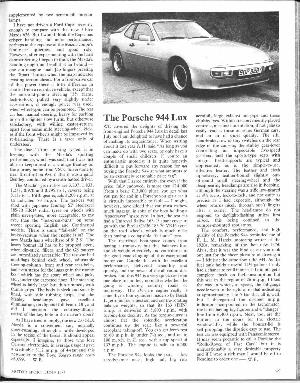 We covered the delights of driving the front-engined Porsche 944 Lux in detail last July but I am delighted to have had a chance of making its acquaintance. When writing about… 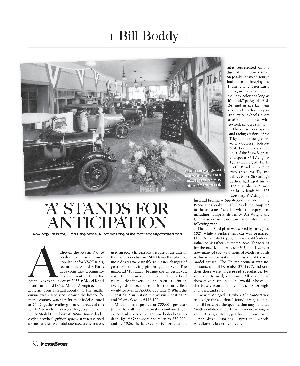 'A' stands for anticipation

Now popular in VSCC trials, the Model A Ford was one of the most eagerly-awaited cars Although the Austin 7 once predominated as the most popular car for VSCC trials,… 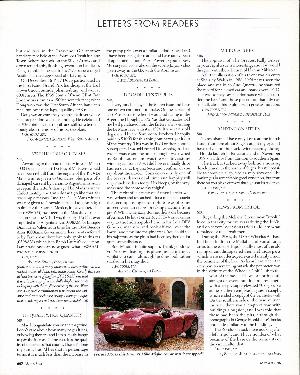 Sir, According to the potted history in your March 2000 issue, the Ferrari 375 Plus of Mr Favero would have been rebuilt from the engine of the 1954 Le Mans…