We could get lost in this debate for hours: is it more a Mercedes or McLaren? Well, it was developed by McLaren, built in Woking, but funded entirely by Mercedes money and powered by a very Mercedes hand-built AMG engine. Does it really matter? You can hardly have badge snobbery when both names have excellent pedigree, and the SLR arguably drew from the best parts of its parents.

Approaching the new millennium, Mercedes wanted to do something special to showcase its future, so released its striking Vision SLR concept at the Detroit Auto Show in 1999.

Designed to draw on the spirit of the original 300 SLR – so ably handled by Moss, Fangio and co in the 1950s – Mercedes wanted to revive the moniker to lead its sporting range into the new century. And it caused a stir. Mercedes’ idea was for a carbon-fibre monocoque chassis, carbon-ceramic brakes – both never before used on a production road car –a sleek body and a 5.5-litre supercharged heart.

Sounded great. Looked great. But there was an issue. To build the thing, Mercedes needed help, and it found it through Formula 1.

Mercedes rejoined GP racing in 1995 as engine supplier to McLaren. As part of the deal, Mercedes also bought a 40% stake in McLaren Group, giving it a partnership for the SLR.

With McLaren fully set up and adept at working with carbon fibre, the factions began work to bring the Vision SLR to life. Except they didn’t really work together all that well. On the one hand, McLaren envisaged an ultra-lightweight, cutting-edge racing car for the road, developing the fully carbon monocoque with just an aluminium rear subframe to keep weight as low as possible. And then Mercedes weighed in, wanting a plush interior, sat nav, air conditioning and all the toys it could cram in. The result was McLaren’s featherweight chassis was clothed in a hefty suit of tech that meant it weighed 1750kg – way more than its closest rivals from Ferrari, Aston Martin and such.

Regardless, Mercedes supplied an exquisite 626bhp 5.4-litre supercharged V8 to be fitted just behind the front axle, and the SLR was reborn for 2003. But it never got the fanfare it deserved. Due to its split development, critics could never work out if it was meant to be a cruising GT heavyweight or a point-to-point racer. It could hit 62mph in 3.8sec, but never felt as sharp as other, purer sporting offerings.

That prompted a series of upgrades, with the more powerful 722 edition launching in 2006, and then a radical Stirling Moss speedster in 2009 when development was petering out.

Just over 2000 SLRs were built before production ended in 2010. But there was time for a swansong, the McLaren Edition. For just £150,000 on top of what you already paid for your SLR, McLaren created 25 of these SLRs – each one individual according to its super-rich owner’s instruction – finally making them more McLaren than Mercedes. They’re rare, but one did sell last year for just over £400,000.

One of the desirable drop-top editions with just 2000 miles on the clock from new.
£319,990
redlinespecialistcars.co.uk 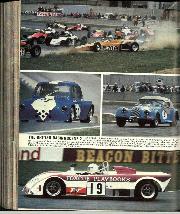 Top, Formula Ford produced all its usual antics in a season dominated by Irishmen Kenny Acheson, Michael Roe and Bernard Devaney. Only Britain's Peter Morgan, who won the Esso  series… 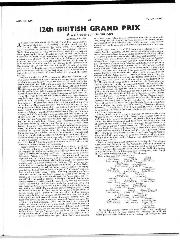 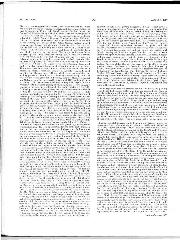 A walk-over for British cars Aintree, July 18th. As now seems traditional the British Grand Prix never rests in the same place two years running, and this time it was… 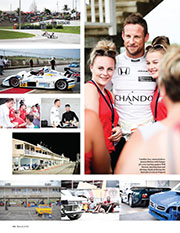 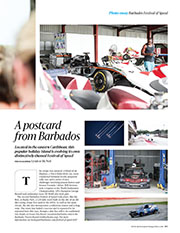 A postcard from Barbados

Located in the eastern Caribbean, this popular holiday island is evolving its own distinctively themed Festival of Speed The recipe was unusual: a blend of air displays, a Force India… 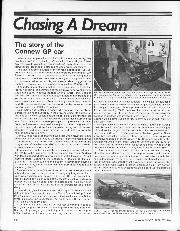 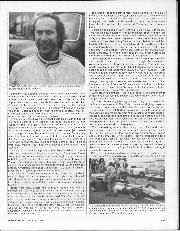 The story of the Connew GP car When some people talk about their attitude to motor racing, they say they were 'bitten by the bug'. Some talk of it as…