Those vertigo-inducing stripes might be a bit unnerving, but Paul Ricard delivered. Criticism rained down on Le Castellet, but as soon as racing got underway, passing moves were in abundance and the strategy games ramped up, all leading to a thrilling finale.

When your Haas represents an old Lada on pace terms, and is being driven by someone who seems to think they’re negotiating Nizhny Novgorod, all you can do is laugh, really. And give your driver a spinning top to take the mick out of him.

There were shades of Dijon ’79 (sacrilege, I know) as the old and new did battle for one single point. Russell’s supreme talent is dragging the FW43B to where it shouldn’t be.

As F1 pre-race entertainment goes, surely never have we seen anything quite like the Austrian national anthem being played in the style of Van Halen. Lando Norris tried not to laugh before Domenicali, Todt and Brawn all observed proceedings with utmost decorum.

With a full capacity crowd at a GP for the first time since Covid struck, Max Verstappen’s orange army descended in their hordes. The sea of orange smoke was like a scene out of Gladiator, the Dutch mass looking ready to march on an unsuspecting small nation.

For all F1’s incredible number-crunching, mind-bending, fabric of the universe-tearing technology, no-one seems to be able to predict the weather. Ever. Will it ever rain on a race day?

After rear-ending his team-mate in Portugal, another embarrassing moment came for Kimi Räikkönen in Austria as he took out celebrity bee-keeper Sebastian Vettel in a ferocious battle for 12th place on the last lap. Is the Iceman starting to lose his touch?

Do we think it’s all over? It might be now! With Verstappen almost cantering off over the Styrian mountains, a season which was shaping up to be a classic is starting to look rather flat. We can only pray that a magical update from Merc has the desired effect.

Several teams had a good old moan to Michael Masi about the aggressive kerbs at Paul Ricard. Easier said than done, but perhaps the best-paid drivers in the world should, just maybe, not go off the circuit? 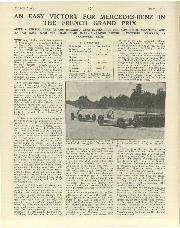 AN EASY VICTORY FOR MERCEDES-BENZ IN THE FRENCH GRAND PRIX

AN EASY VICTORY FOR MERCEDES-BENZ IN THE FRENCH GRAND PRIX AFTER A SPIRITED DUEL AT THE BEGINNING WITH NUVOLARI ON THE ALFA-ROMEO, CARACCIOLA WINS AT 77.39 M.P.H. WITH VON BRAUCHITSCH… 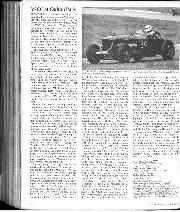 Wonderful weather enhanced the annual VSCC racing at Oulton Park on June 9th, the extension to the circuit a further attraction. For those who like figures, when the VSCC first… 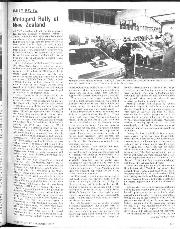 Motogard Rally of New Zealand As any schoolboy will tell you, the process of fact learning demands a conscious effort to commit to memory whilst other data, both useful and… 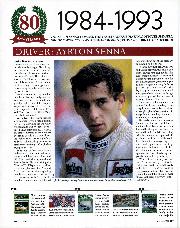 The era of Senna vs Prost, the trials and tribulations of Nigel Mansell, Group C sports cars and Jaguar's rebirth, plus anew bred of supercar Driver: Ayrton Senna Jenks' first…