Referring to your editorial on women in racing [From the Editor, July], if you want to see accomplished female racers in action, come to Santa Pod when the FIA European Drag Racing Championship returns – next year now. For the record, the reigning (four-time) FIA European Top Fuel champion is a woman: Anita Mäkelä of Finland. The current European record holder for elapsed time is a woman: Maja Udtian of Norway (3.806sec). The current European recordholder for terminal speed is a woman: Jndia Erbacher of Switzerland (318.96mph).

It’s an old story, but we bang on year in, year out about international female drag racing successes over the decades, to little effect. One’s outlook no doubt depends on whether one considers the racing of motor vehicles over short distances in straight lines to constitute ‘real’ motor racing. Some don’t, we know full well – but by that same token Usain Bolt presumably was not a ‘real’ runner.

Congratulations on Rob Widdows’ excellent discussion with Mario Andretti and Jackie Stewart on racing’s greatest all-rounders [All-rounders, July]. I have followed Mario’s career since watching him finish third as a rookie at Indianapolis in 1965. I’ve seen his versatility as a driver in F1, Indycars, Can-Am, NASCAR and Formula 5000. One other unique race that is often overlooked is the Pikes Peak Hill Climb which, back in the day, was part of the USAC Championship. I took the shot [top] of Mario in 1969 in his STP King-Chevy sprint car on his way to first overall in the ‘Race to the Clouds’. Just one month before, Mario had won his only Indy 500. He’s definitely at the top of my list for greatest all-rounders.

I was surprised to read that Max Mosley thought that the car industry was not interested in research into safety features and even blocked their implementation [Formula 1’s saviour or sinner?, August].

Over the past decades the industry and governments and research organisations must have spent millions if not billions on the subject. Crash tests front, rear and rollover, seatbelts, seat anchorages, airbags, laminated glass, fireproof materials, recessed controls, padded interiors, energy-absorbing interior and exterior structures, collapsible steering columns etc, etc, not to mention primary safety like anti-lock brakes, handling, tyres… The list goes on.

This has all been reported and published – for example my copy of the proceedings of the 5th international Experimental Safety Vehicle conference is over 3in thick. Much as I like older cars, in terms of safety there is no contest between those of say the 1960s and now. If I was going to have a crash I know which I’d choose to be strapped in.

I was disappointed to see in the August issue a myth about the origins of Euro NCAP [Formula 1’s saviour or sinner?]. Maurice Hamilton stated that Max Mosley “conceived Euro NCAP”. This is untrue. This incorrect story was promoted a long time ago by Richard Woods when he was FIA press officer. Richard dismissed my concerns, stating that he was only interested in promoting Max and the FIA. Max did much to help promote Euro NCAP but he did not conceive it.

Having developed a new frontal impact test for Europe, I was asked by the European Transport Safety Council to present my findings to a meeting in Strasbourg chaired by Max Mosley who became interested in promoting the adoption of both this test and the new side impact test. I subsequently asked if he would be interested in supporting one of my new programmes, UK NCAP, and expanding the programme to become Europe-wide. Max immediately became an enthusiastic supporter.

In 1997 the UK Department for Transport agreed to launch the results of the first UK NCAP tests under the new title of Euro NCAP. Keith Rogers became the first secretary general of Euro NCAP and I continued to take the technical lead. Max Mosley became the first chairman and used the FIA’s offices to help with its promotion.

When I took over as secretary general, I was interested in expanding outside Europe and set up meetings with the other NCAP programmes around the world. The aim was to start World NCAP. This was not achieved by the time I retired. Subsequently, the FIA started Global NCAP, based on the frontal crash test procedure that I had devised.

Although Max Mosley was very effective in promoting Euro NCAP, it would be incorrect to claim that he conceived it. I think that it is a shame that it was thought necessary to claim more than he and the FIA achieved. I hope that this clarifies the position.

In December’s Matters of Moment you rejoice in the robust health of the flagship historic circuit events organised by Peter Auto. This year, I have covered numerous grassroots historic events throughout Europe for Historic Motor Racing News and they do not share in this robustness. The glamour of Peter Auto and Masters has robbed the smaller events of their most important machinery. In the meantime, circuit rental fees have soared due to increased safety demands. To make ends meet, grassroots organisers find themselves accommodating indifferent cars whose most important feature is that they allow for cheap racing. Owners of lovingly restored classic Giulia TIs are now being blown off by rusty 205 GTIs.

There are no easy solutions. One might argue that the homologation system should separate the truly classic from the merely old. Regional co-operation might also help, as the meetings counting towards multiple national championships consistently boast the best entries. Organisers may want to innovate with new demo formats, which might lure back hesitant owners who do not wish to expose their valuable investments to the rough and tumble of all-out racing.

In 1964 I was at Silverstone for a general testing when an innocuous-looking Ford van arrived with a largish single-seater on a trailer. It looked just like any other club racer. Out jumped half a dozen boiler-suited Japanese guys with HONDA in large red letters on their backs. It all seemed a very low-key occasion for a works team. At that point of course they were better known for motorbikes.

I always had a camera with me but the famous ‘Silverstone Syd’ spotted me and said, “No photographs.” It was the first Honda Formula 1 car, the V12 RA271 and they were entering F1 just four years after producing their first road car. Like Ferrari and BRM, Honda built their own engine and chassis.

One of their team drivers, the Californian Ronnie Bucknum, was on hand for this shakedown of the car. It was too much to resist, and a little later on when I was at the pit railing I grabbed a couple of cheeky snaps. Knowing I had something a bit special I contacted the local newspaper, the Hemel Hempstead Gazette, and they ran my picture with a bit of text that I supplied. I think I got about a tenner for it. So now I was a real snapper. Great to be there at the outset of what turned out to be a mighty player in the grand prix world over the coming years.

Chris Medland’s look at the contrast between Indy’s 500 ‘show’ and F1’s Monaco [Race against time, August], and Damien Smith’s and Maurice Hamilton’s analysis of Max Mosley’s impact and legacy on motor sport [Formula 1’s saviour or sinner?, August] both caught my eye. Perhaps genuine private enterprise has something to do with what Chris was looking at, while its removal in one key area – where the FIA went along with allowing non-private enterprise funding for F1 circuits elsewhere in the world – suited some, but not everyone.

I had an opportunity to quiz Max on this topic and believe he felt discomfort admitting his inability to rule on certain matters. Perhaps his genuine concern that safety matters were within his power to influence for the good helped him rationalise the impact his presidency had on the sport in other areas.

I am glad that the caption writer for Doug Nye’s article on the Ferrari F1-2000 [Red revolution, August] is not my energy supplier. In the information about brakes we are informed that the braking energy ejected in a lap of Monza could be 255kWh – “enough to light a 100W bulb for 24 hours-plus”. This is sufficient to power a 1000W kettle for 255 hours, and a 100W bulb for 2550 hours. How far would it drive a Formula E car?

In the Austrian Grand Prix, Norris and Pérez were both penalised for the same tactic pulled by Verstappen against Hamilton at Tamburello earlier in the season for which he received no censure at all. It’s not clear how driving standards are being managed; it is evident some drivers consider aggressive defence of the race line is their absolute right but this season we’re seeing inconsistency in the awarding of penalties. Whatever F1 decides, let’s at least have some consistency – and let’s hope stewards enable rather than hinder close racing.

Having just read Andrew Frankel’s comments about the plural of Lotus being Lotus [Diary, August], I recall reading of Colin Chapman making just this comment years ago. Which reminds me of a night spent marshalling in the forests on the 1975 RAC Rally. The conversation got around to the plural of Stratos. The answer lay with the classics student who had been cajoled along for the ride. Stratos is not a ‘proper’ word but if it were it would be Greek and the correct plural would be Stratoy or Stratoi. Don’t believe I have ever seen these used!

Sad to see it takes the influence of a worldwide pandemic to enable the return of the Safari Rally after 19 years away from the WRC. This event was a breath of fresh air in a sanitised WRC, and I hope the Safari and Acropolis remain in the Championship when we return to normal. Please take note, manufacturers and championship organisers. 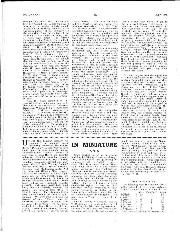 UNDER this heading recently we commented on, amongst other fascinating miniatures, the rubber-driven "Penguin" toy cars. Now we have come upon the same maker's smaller clockwork-driven "Minic" replicas of such… 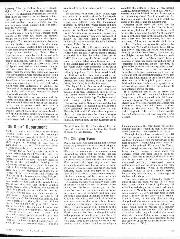 Some time ago I was complaining in these pages about the prolonged closure of a road bridge on B438 and the very long detours this entailed. When the road was… 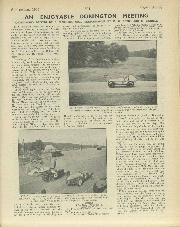 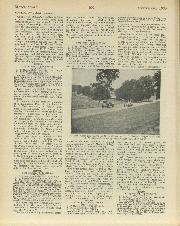 AN ENJOYABLE DONINGTON MEETING OUTSTANDING DRIVING BY P. MACLURE. GOOD PERFORMANCES BY H. G. DOBBS AND R. PARNELL To be perfectly frank, we went to the Donington Meeeting on August… 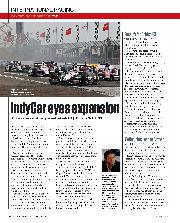 Winter races could carry brand outside US IndyCars could soon be racing in Asia, Latin America and other venues outside the championship's US heartland during the winter months. President of… 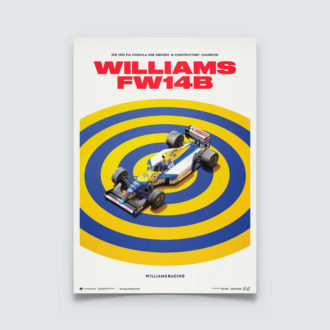 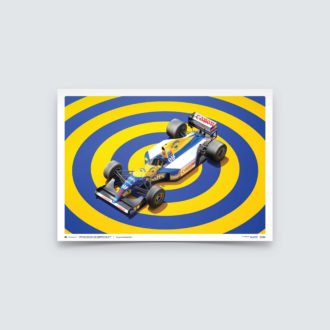 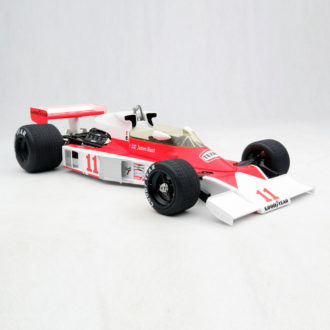