A one-of-a-kind Lotus Esprit Turbo that was built and modified for Colin Chapman has been bought back by the car manufacturer.

The two-seater was Chapman’s last ‘company car’ before it was sold on. Earlier this year, it was advertised for £100,000. Lotus says that it plans to restore the 1981 model before adding it to the company collection.

The founder of Lotus specified this particular Series 3 Esprit fresh from the factory, complete with bespoke modifications, including lowered suspension, power steering and redesigned bodywork to improve interior ventilation and cut wind noise.

It’s one of the rare models to have a dry sump engine and was also fitted with a pollen filter to help alleviate Chapman’s hay fever.

The red ruched interior, roof-mounted Panasonic stereo and striped graphics are original and exemplify not just the era when it was built but also the Lotus Esprit Turbo cars of the early 1980s. 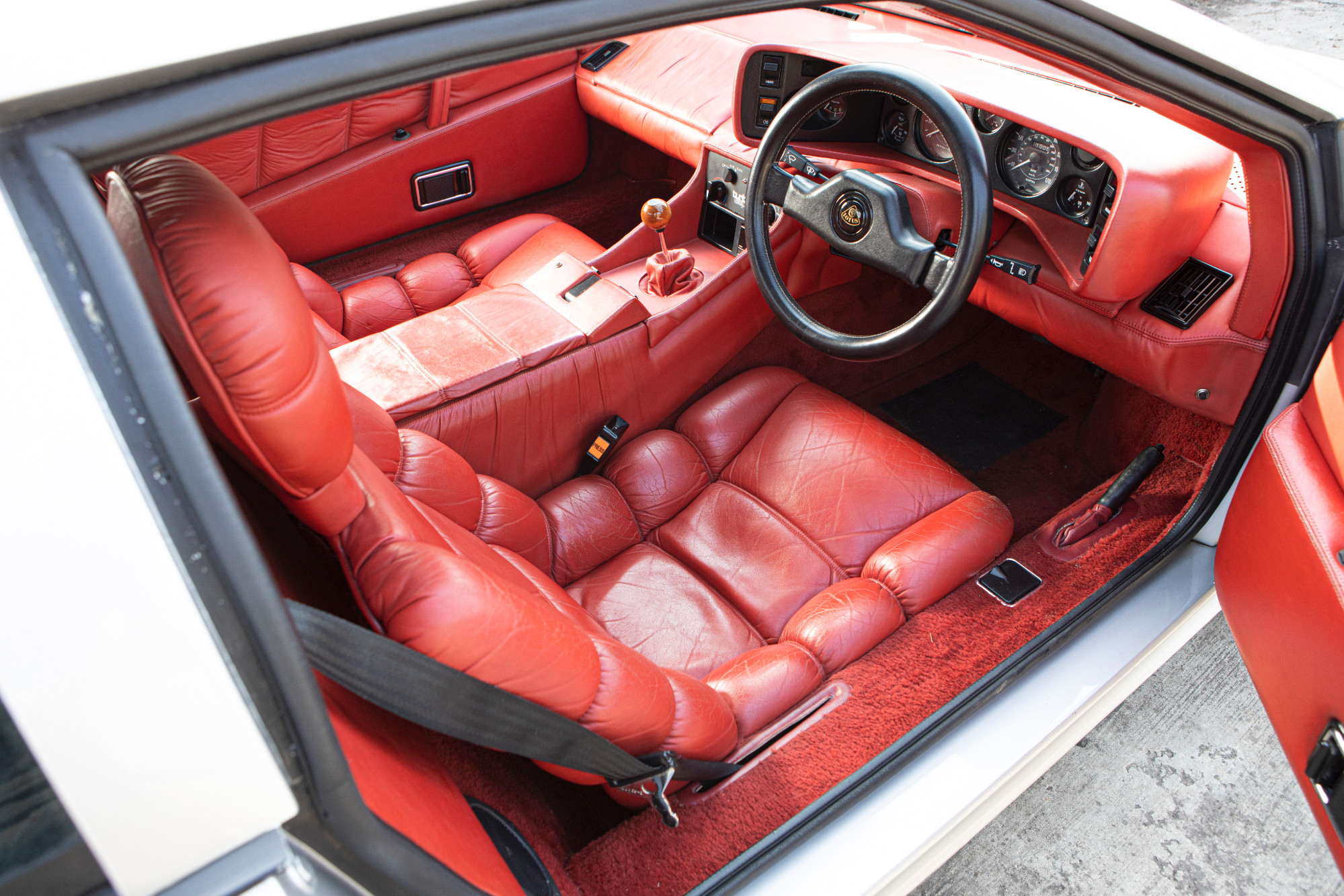 The interior of the Esprit remains in remarkable condition

Chapman wasn’t the only 1980s icon to drive the car. At a display function at Norfolk Airport in August 1981, Margaret Thatcher also drove the Esprit with Chapman in the passenger seat.

Having chartered a private plane from Heathrow for Thatcher, Chapman handed over his car for a test drive, and it scored a positive review. Thatcher is quoted by the Eastern Daily Press newspaper as saying the car was “lovely to drive” and that she’d been “tempted to drive away in it.”

The sports and competition car specialist valued the Esprit at twice the price of a typical example, largely because of the Chapman connection, but also because of its original condition, and just 10,977 miles on the clock. 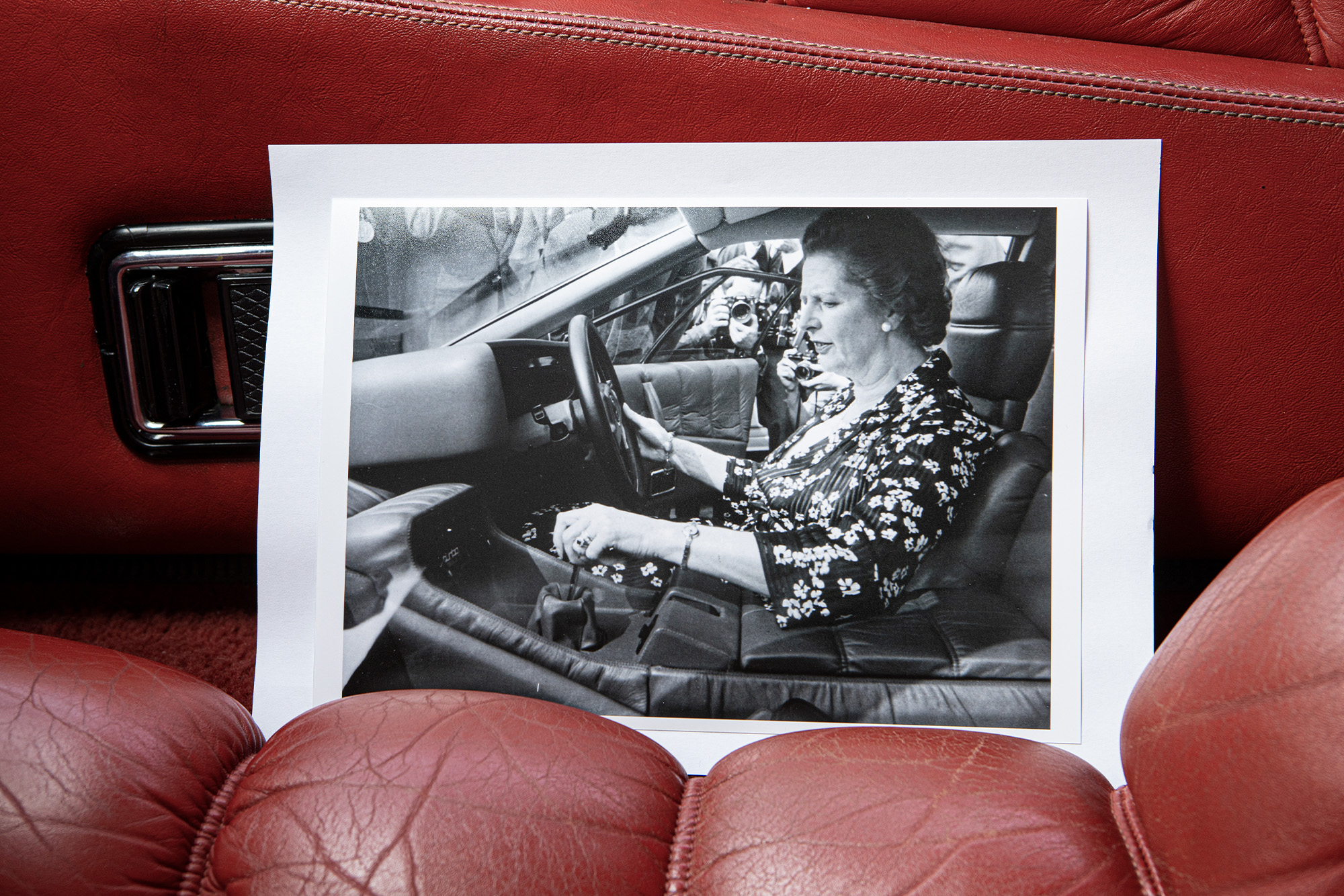 Thatcher thought the car was lovely to drive

“This is an iconic and unique car from the Lotus back catalogue, personalised by our founder Colin Chapman and with a truly fascinating provenance,” said Phil Popham, CEO of Lotus Cars. “It deserves its place in our collection and we’re looking forward to showing it off.”

The Esprit is the first car to receive a certificate of provenance from Lotus’s new authentication service.

Alex Lance, who manages the dry sump Esprit registry at The Lotus Forums, said that Chapman’s former car was one of approximately 143 Turbo Esprits with dry sump lubrication made at that time and that the specification would appeal to buyers.

“The Panasonic RM610 roof stereo and original ruched red leather are important features,” he said. “It is very difficult to replicate the ‘ruching’ this when restoring them.”

He said that most Esprits at the time were fitted with Compomotive wheels, which were seen as unreliable. “I imagine Colin wanted the best wheel at the time hence it sits on BBS wheels,” Lance added. 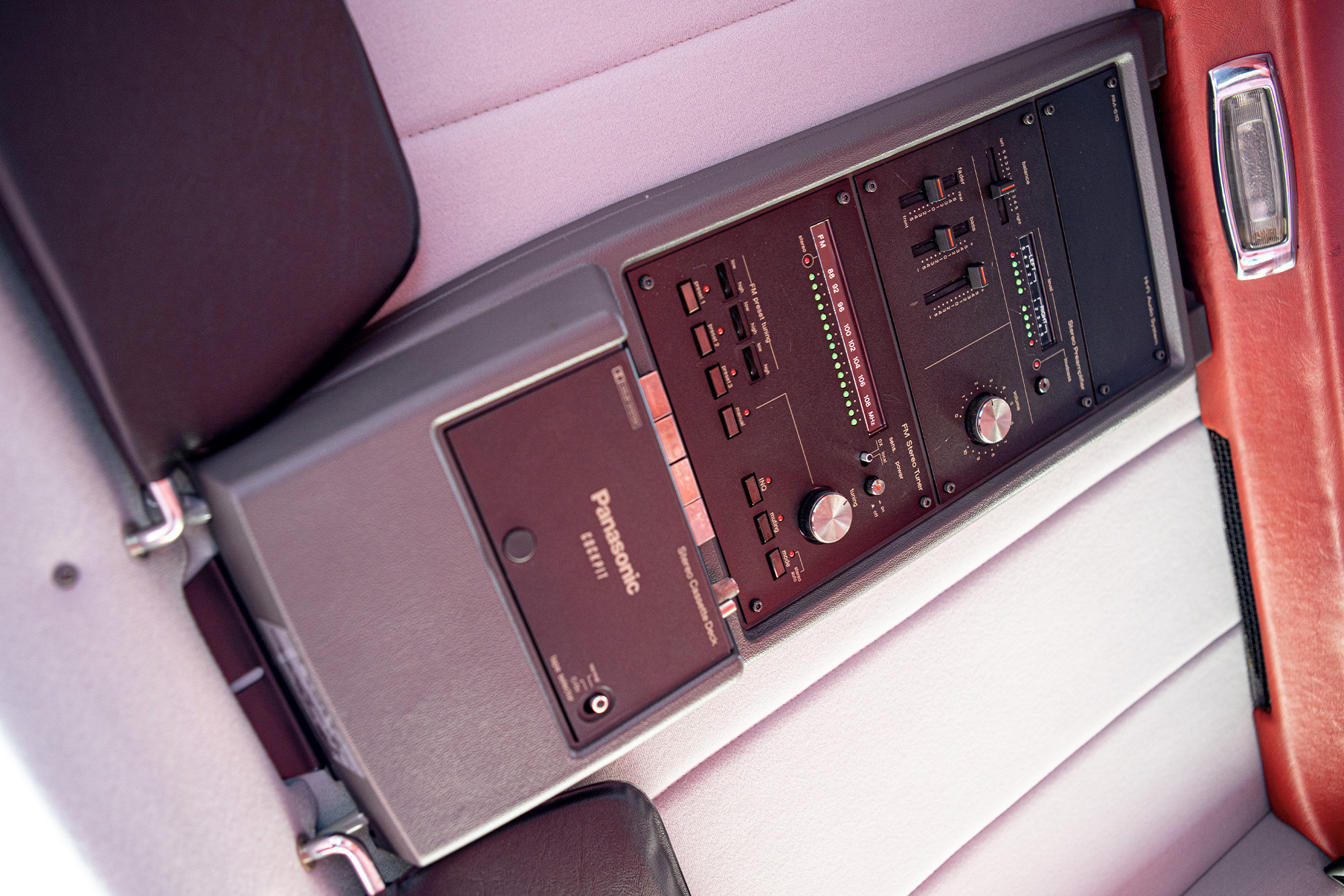 Roof-mounted stereo was fitted at the factory

The Esprit was registered on August 5, 1981 and Chapman covered almost 4,500 miles in the car before his death in December 1982.

It comes with full paperwork, including a letter from Lotus to the dealer which sold it the following year, which sets out its unique specification.

“Some of the extra equipment can be valued from the current price list but it is very difficult to put a new value or cost value on the other items as these were specially, and very expensively, carried out to the personal wishes of Mr Chapman,” wrote David Buxton, then the sales and marketing general manager of the company. 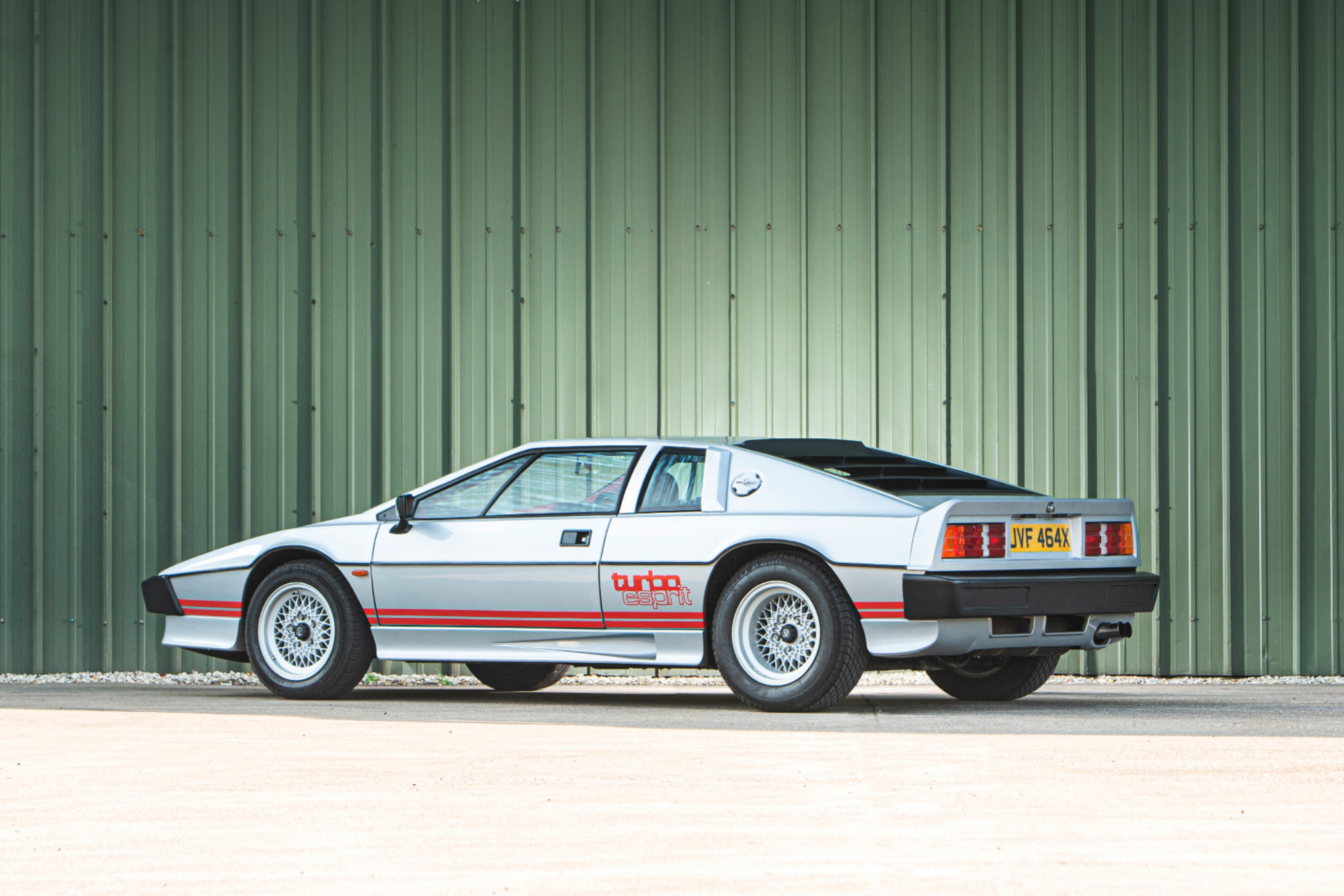 The car has its original UVF 464X license plate number

The Esprit has been used sparingly by its subsequent owners and reunited with the UVF 464X plate that it was registered with.

Donaldson described it as a “time warp example” and that a light paint job is the only significant work required to restore it to show condition.