Junior racers with a sense of style can now dabble with a classic, as dozens of vintage pedal cars are being auctioned online.

Hot-rod, Formula 1 and saloon racer pedal cars are among the 53 lots, some of which date back to the 1920s.

They formed part of the collection of the late Bruce Callis, a US-based enthusiast who bought and restored them until his death in 1999. RM Sotheby’s is running the sale, which closes on June 24. 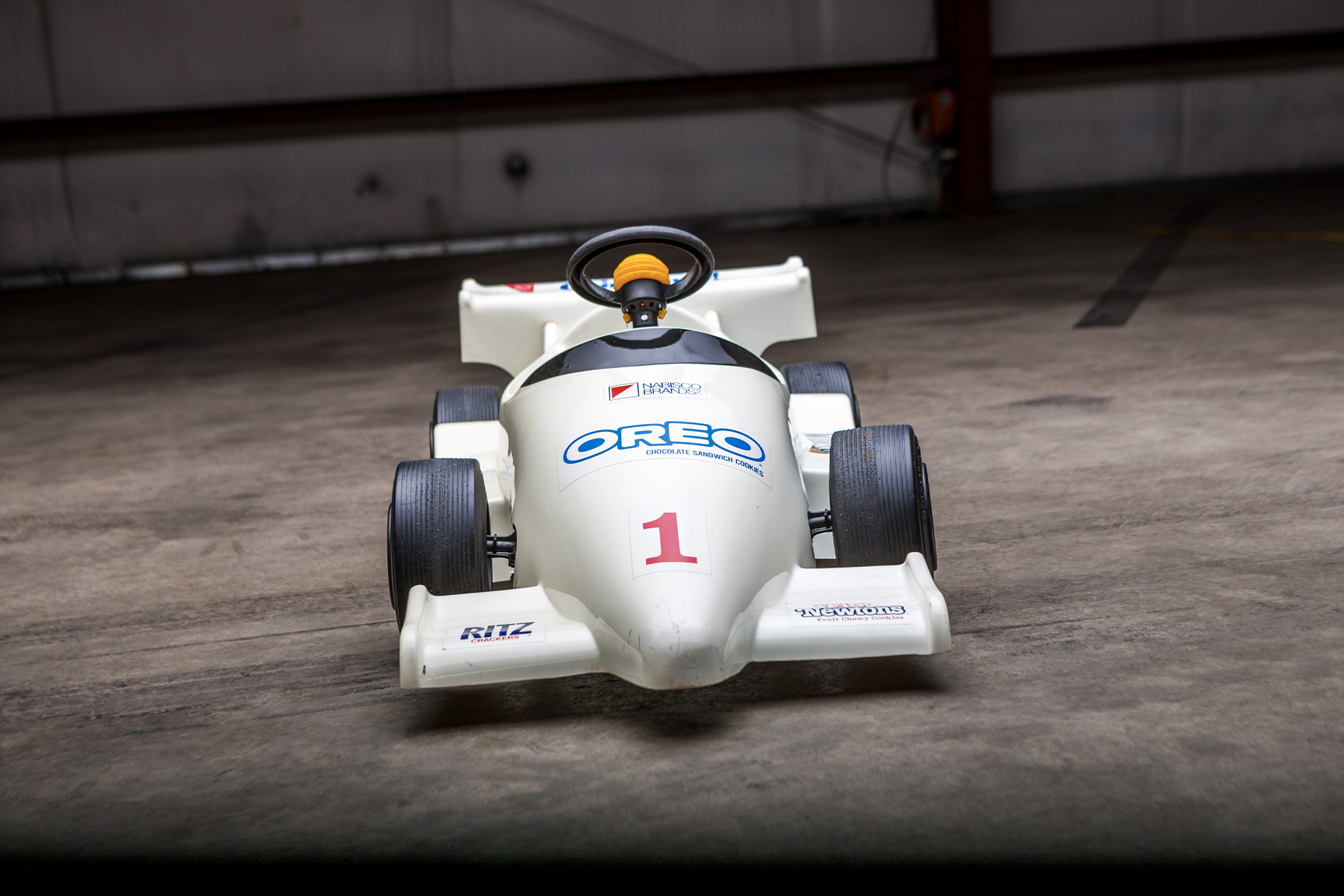 The cars include a 1977 F1 replica, plastered with Oreo, Ritz and Chips Ahoy decals from the Nabisco company. Performance is optimised thanks to the use of a lightweight plastic frame over a tubular chassis, but the non-metal bodywork isn’t as highly-prized as steel and the estimated price is a relatively low $300 to $500 (£240-£400) 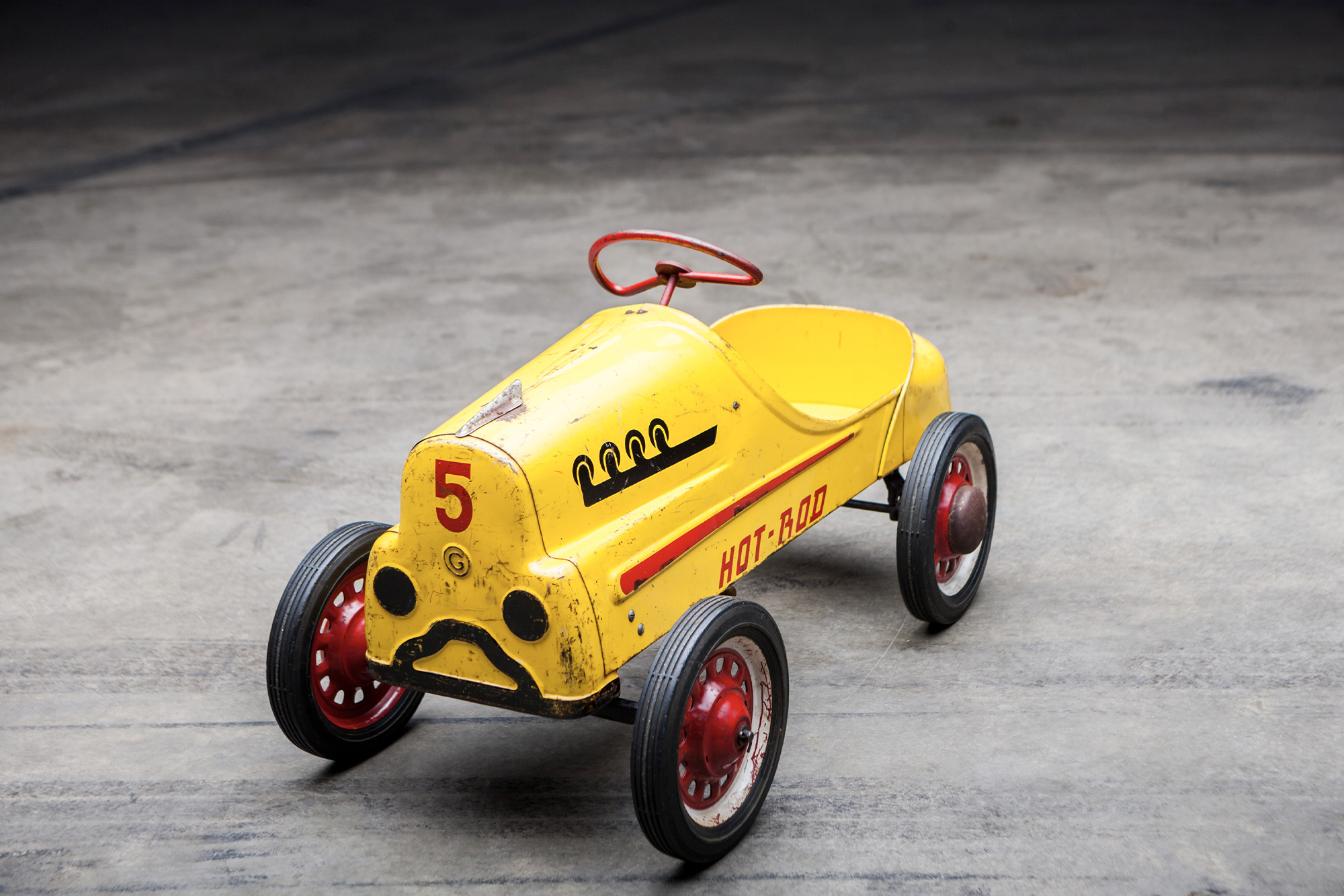 A price of up to $2,500 (£2,000) is expected for a 1935 Skippy Racer, designed after the racing cars of the day, with streamlined front wheel covers that move with the steering wheel.

The collection was on display at the McLean County Museum of History, in Bloomington, Illinois until earlier this year, and is being sold by the Callis family. 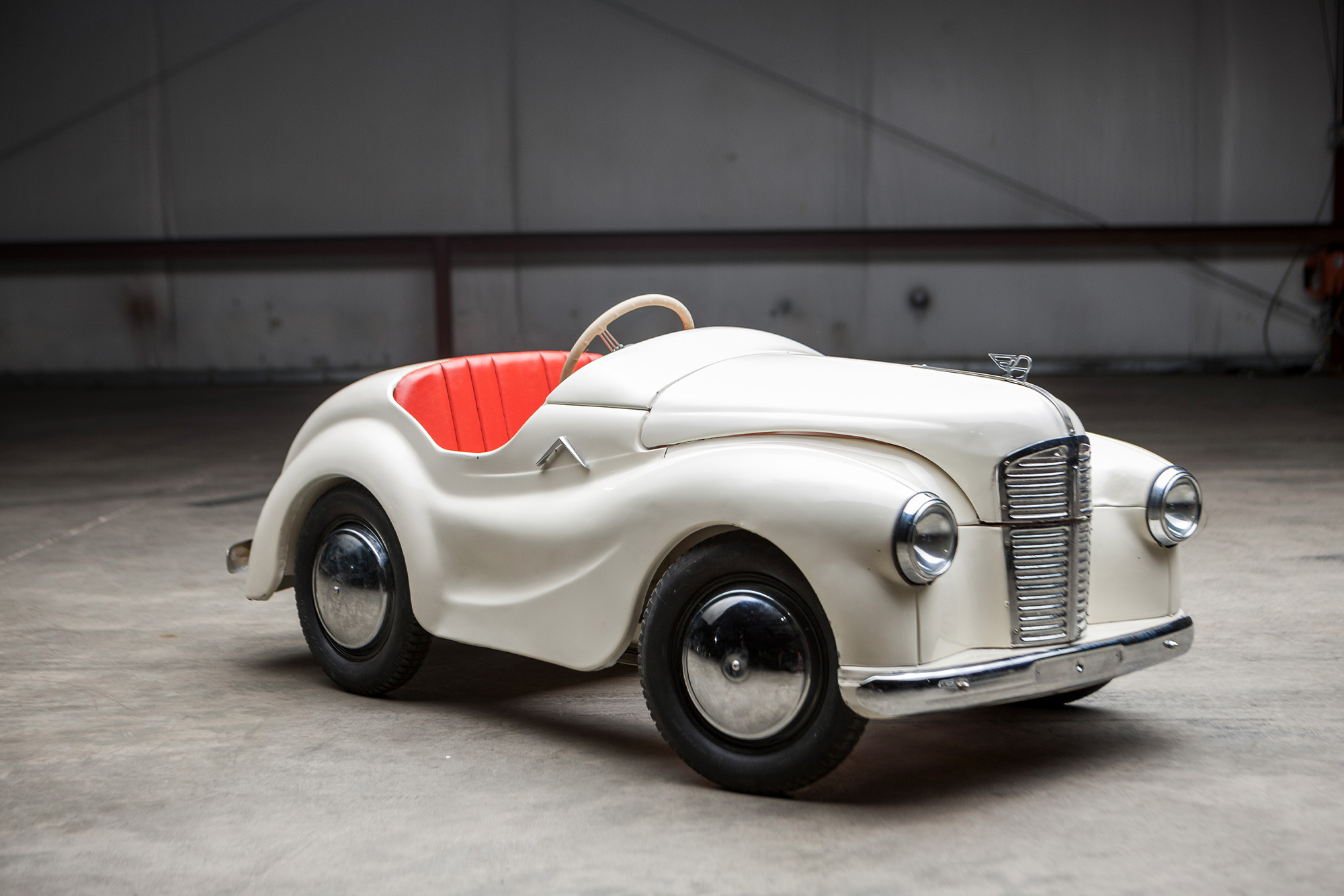 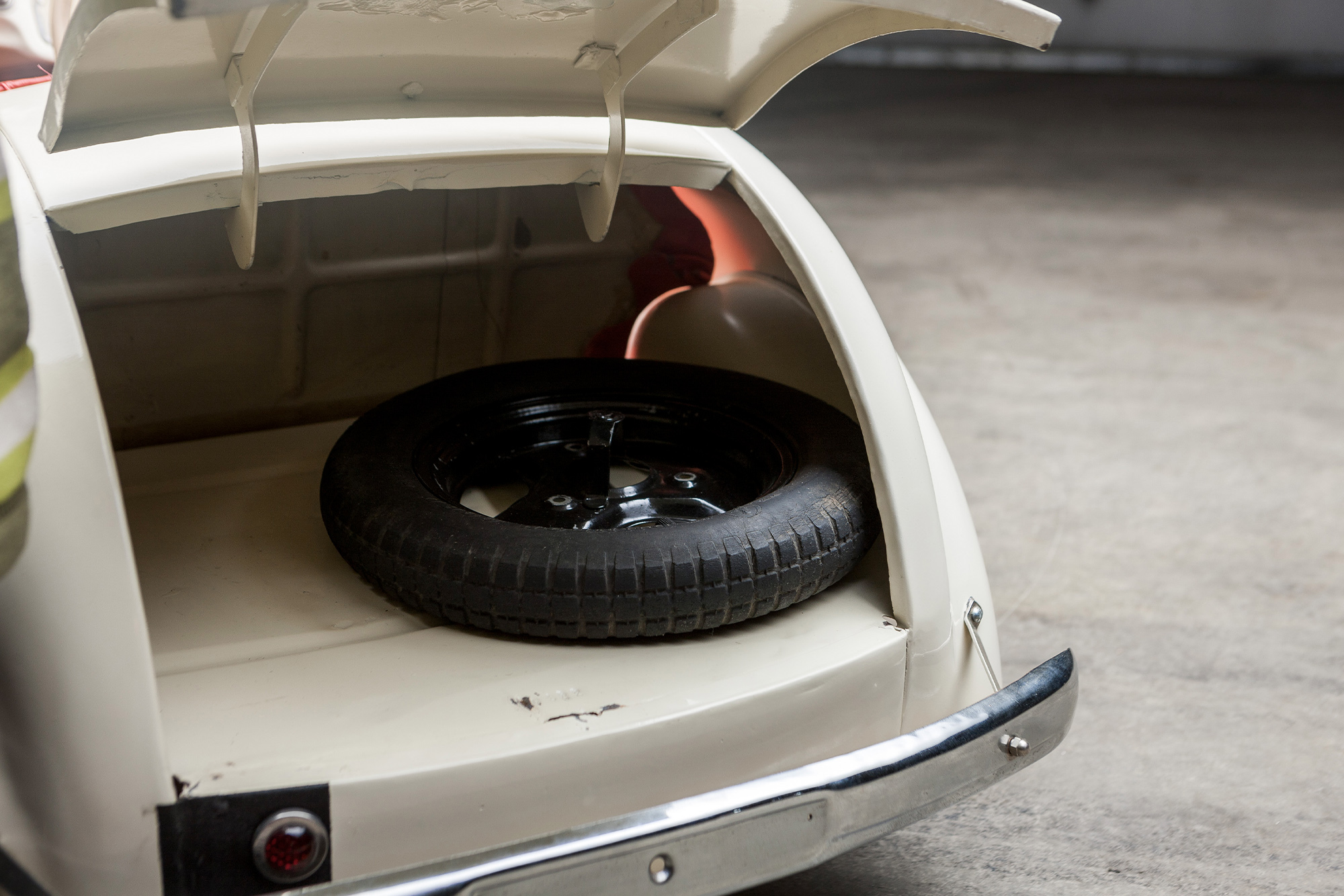 Mini Austin has an opening boot with spare wheel 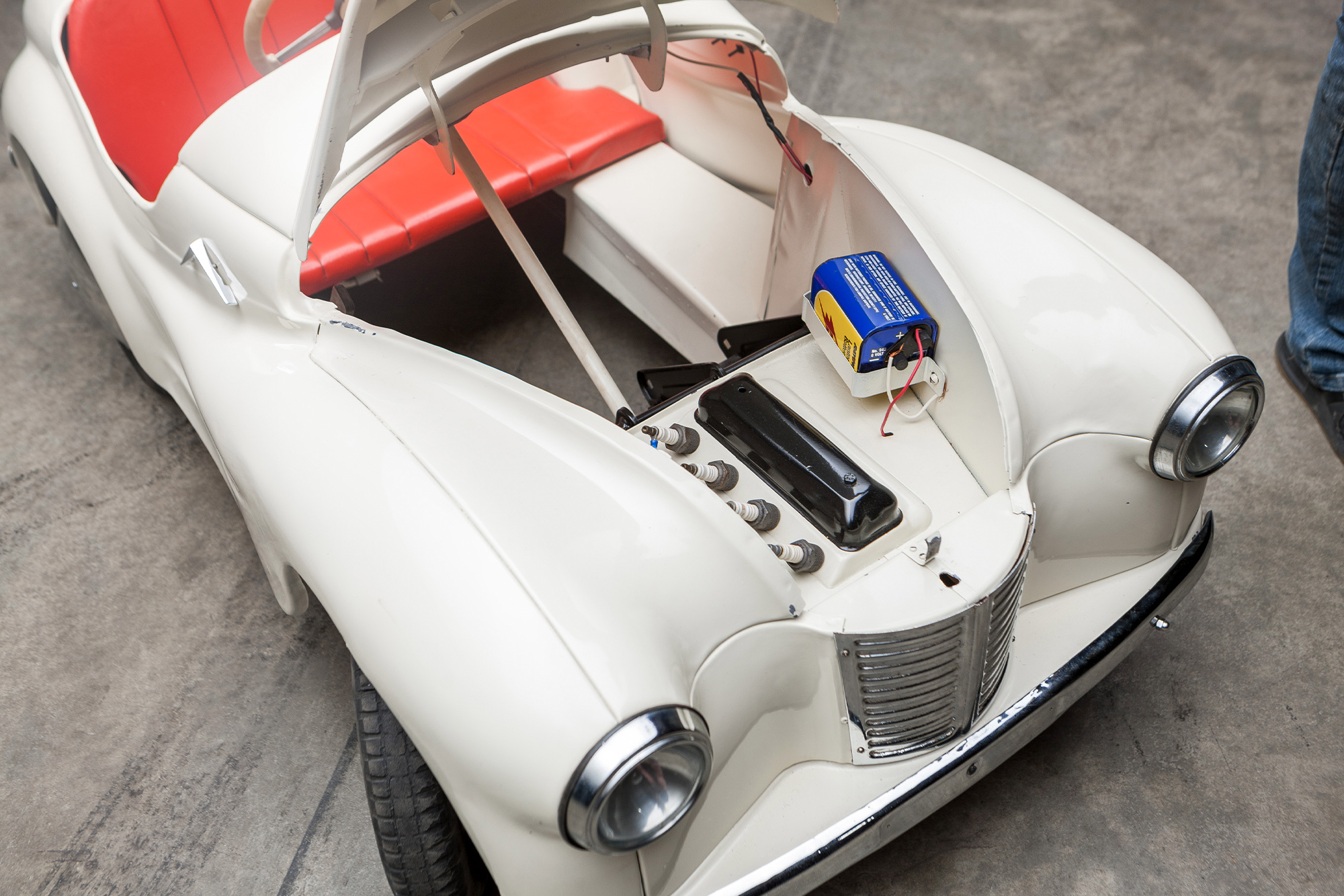 Under the bonnet is the battery to power the headlights

As with the conventional classic car market, it pays to have a sizeable wallet. Estimates rise as high as $3,000 (£2,400) for a 1955 J-40, which shows how meticulous the engineering can be. The car was built by the Austin Motor Company in Wales using steel offcuts from the A40 production line. 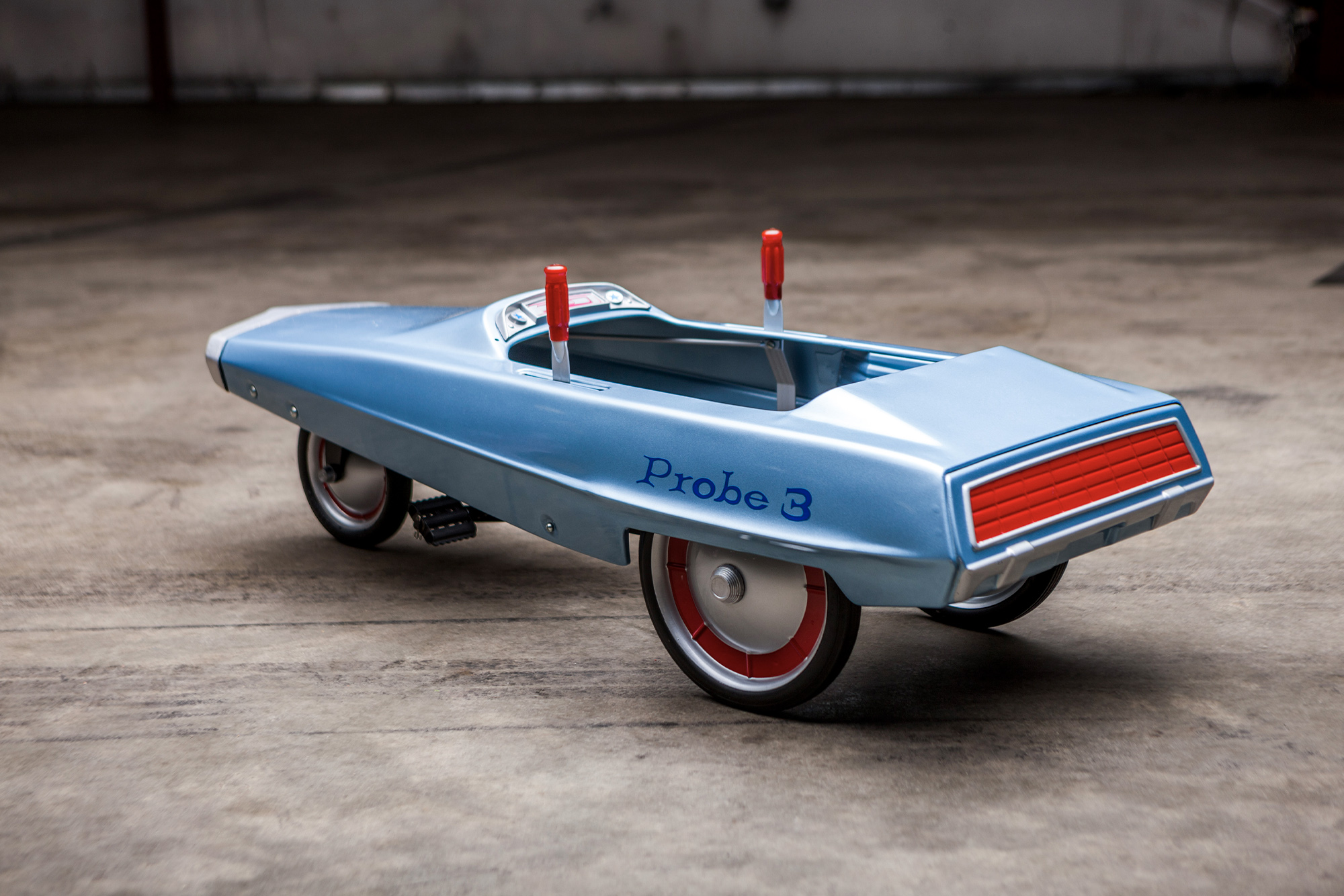 Many of the cars reflect the era in which they were made. It comes as little surprise that the three-wheel, streamlined Probe 3, which used levers instead of a steering wheel to turn the car, went on sale in 1969, the year that Neil Armstrong stepped onto the moon.

Scroll down for a gallery of more of the lots. More information on the sale and bidding can be found at RM Sotheby’s. 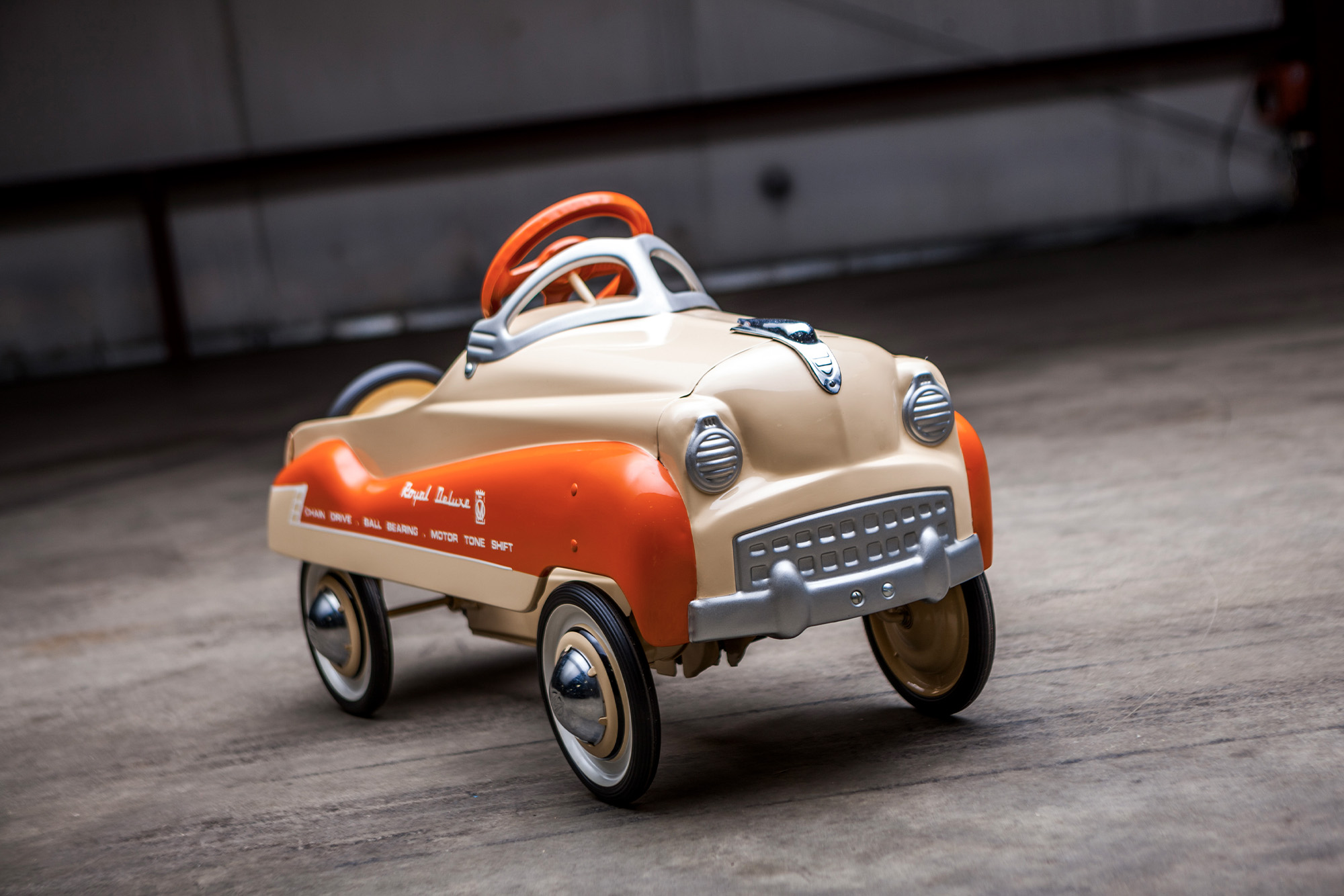 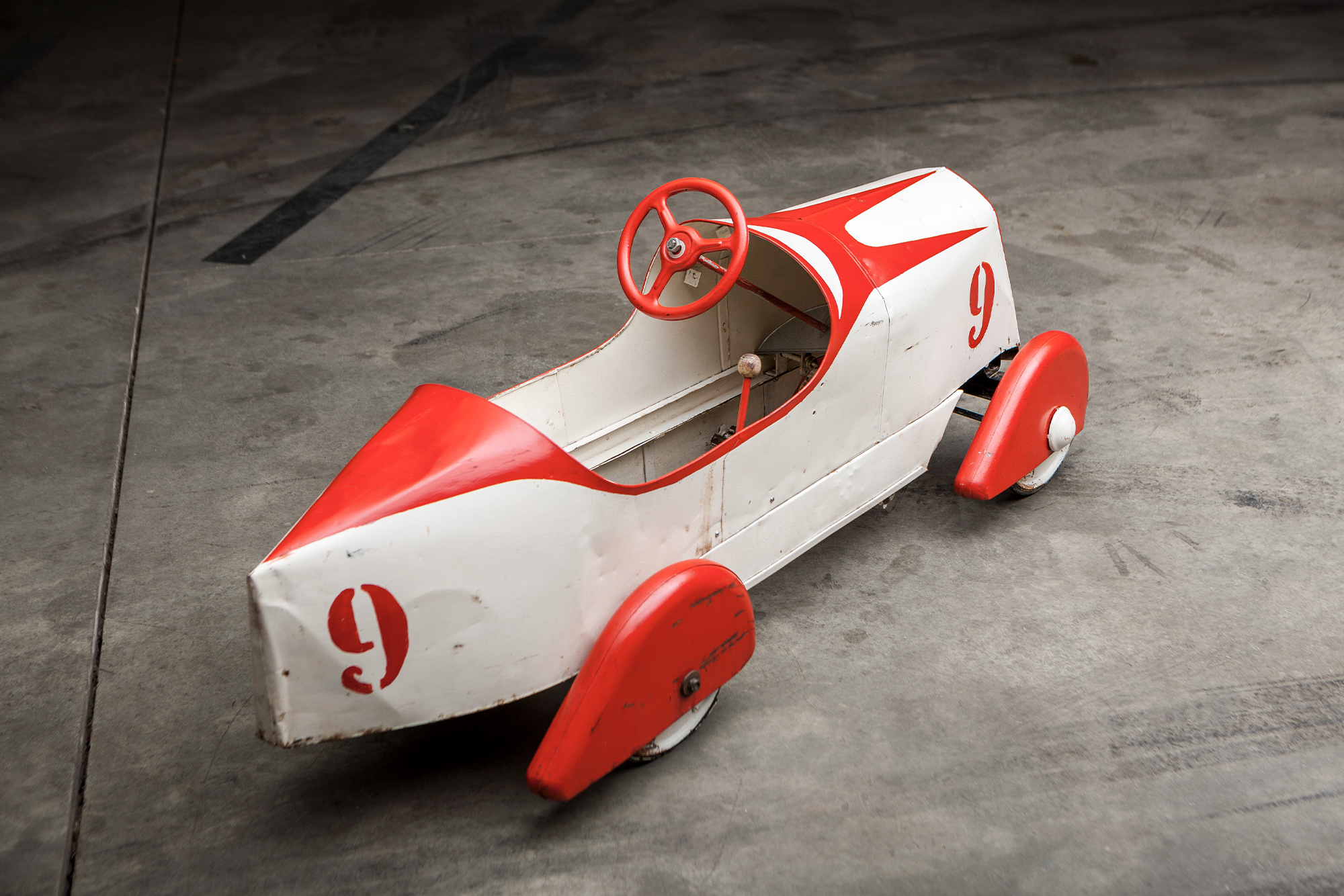 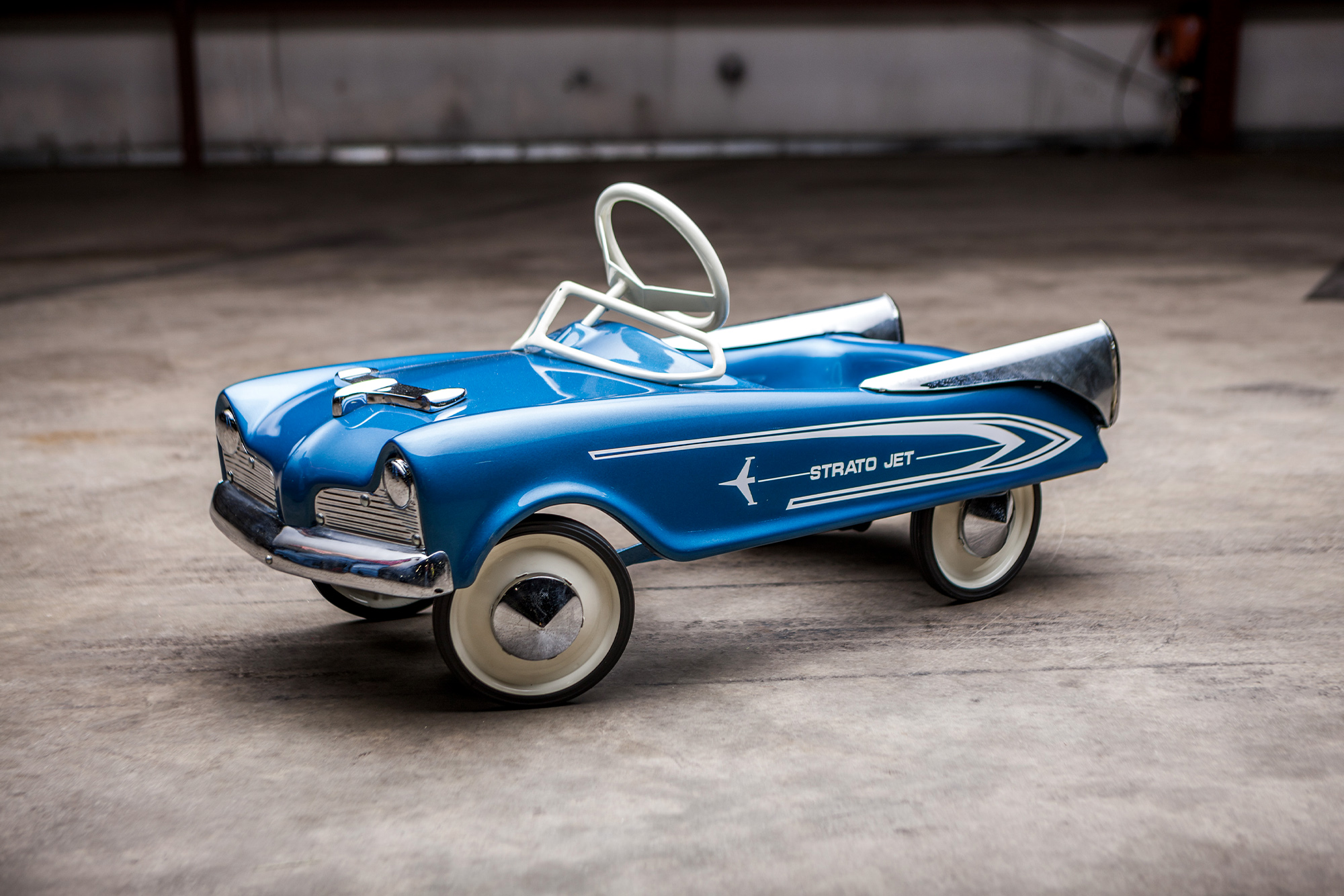 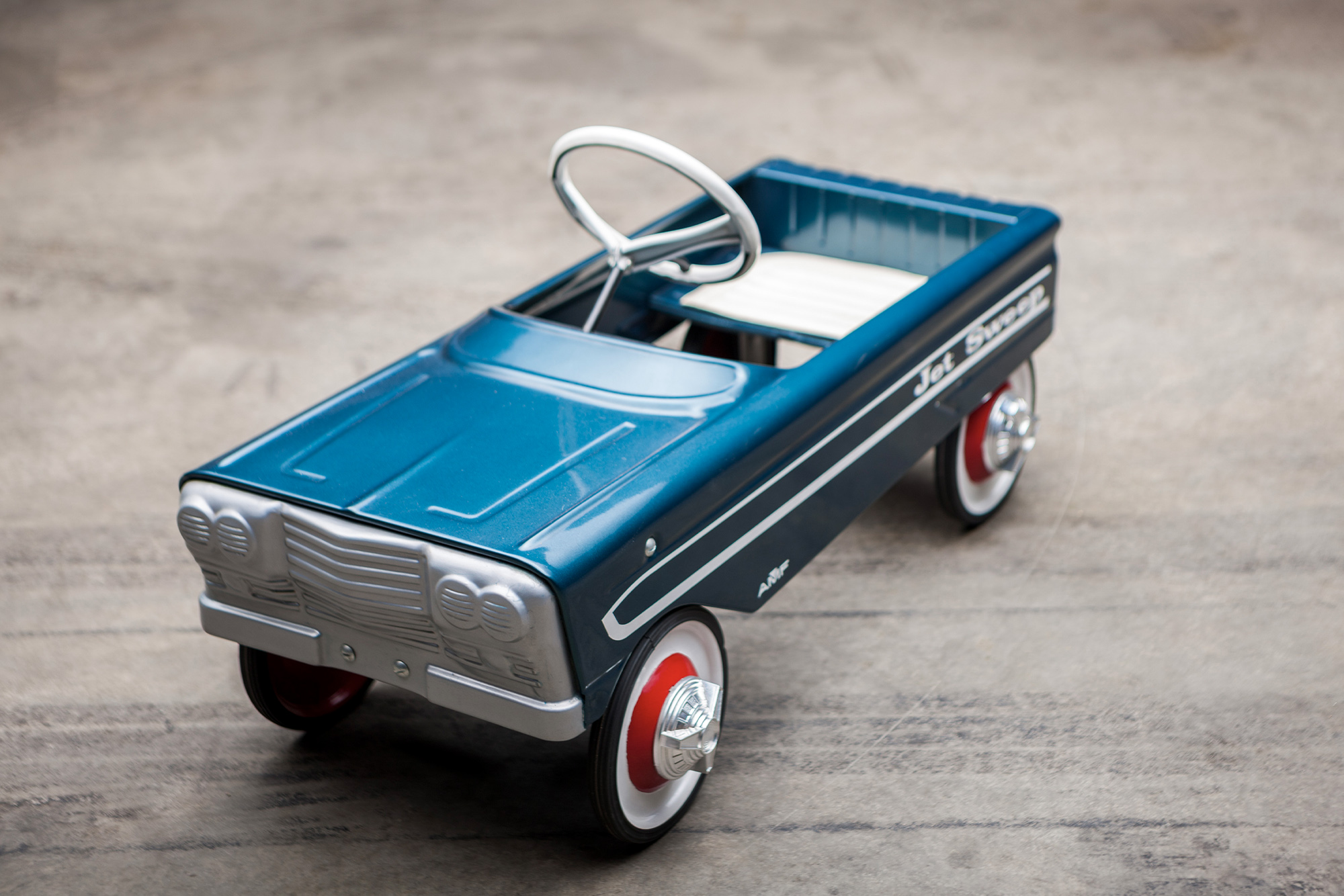