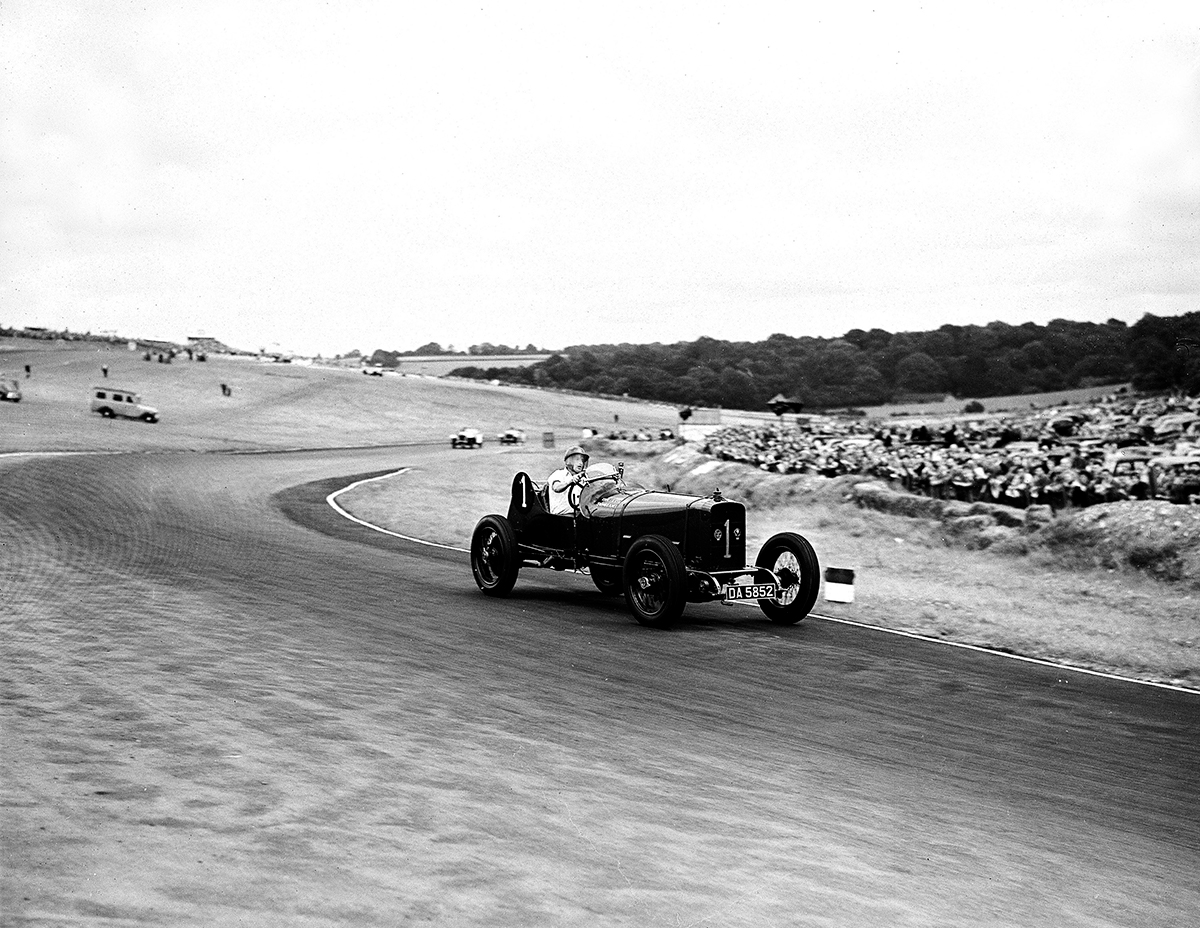 Jack Sears on board his father’s ex-Dario Resta 1914 TT Sunbeam at Brands Hatch. 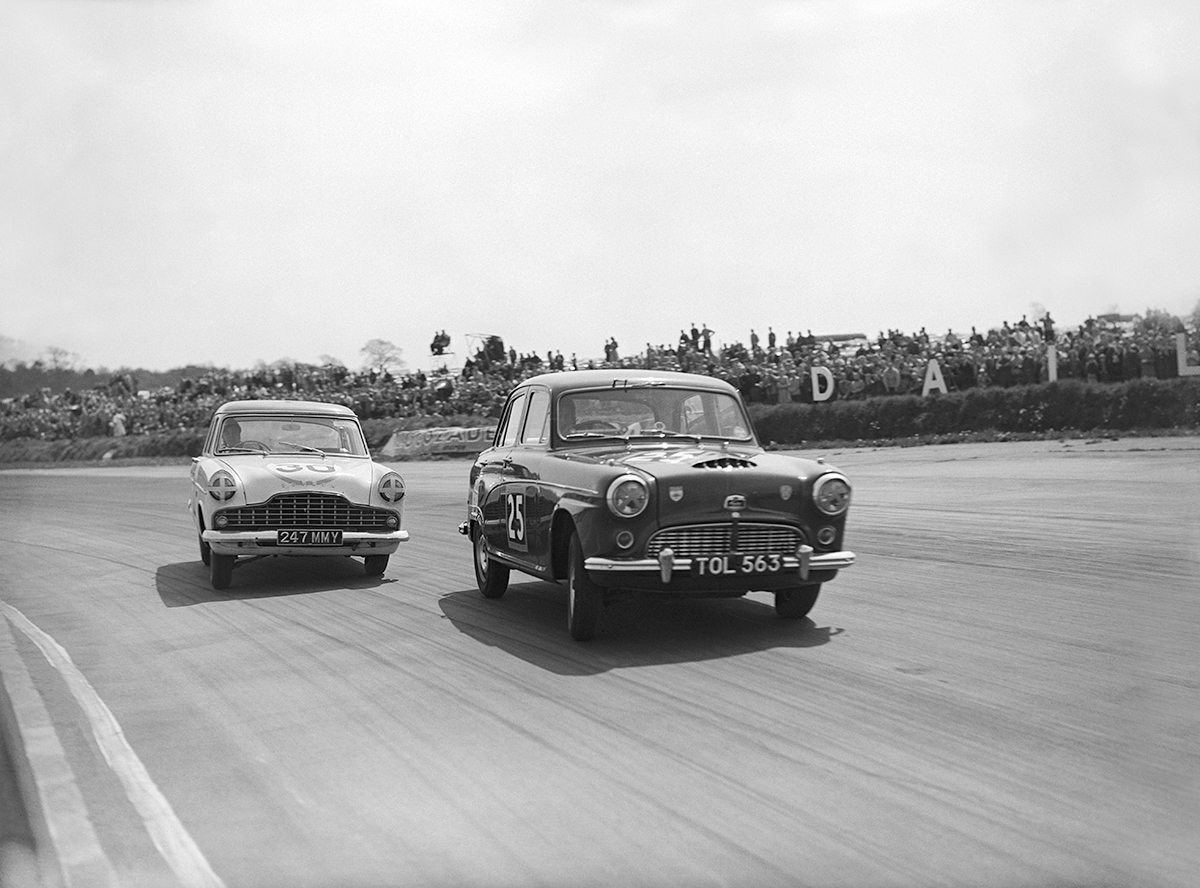 At Silverstone driving his Austin Westmister to the inaugural British Saloon Car Championship title in 1958. 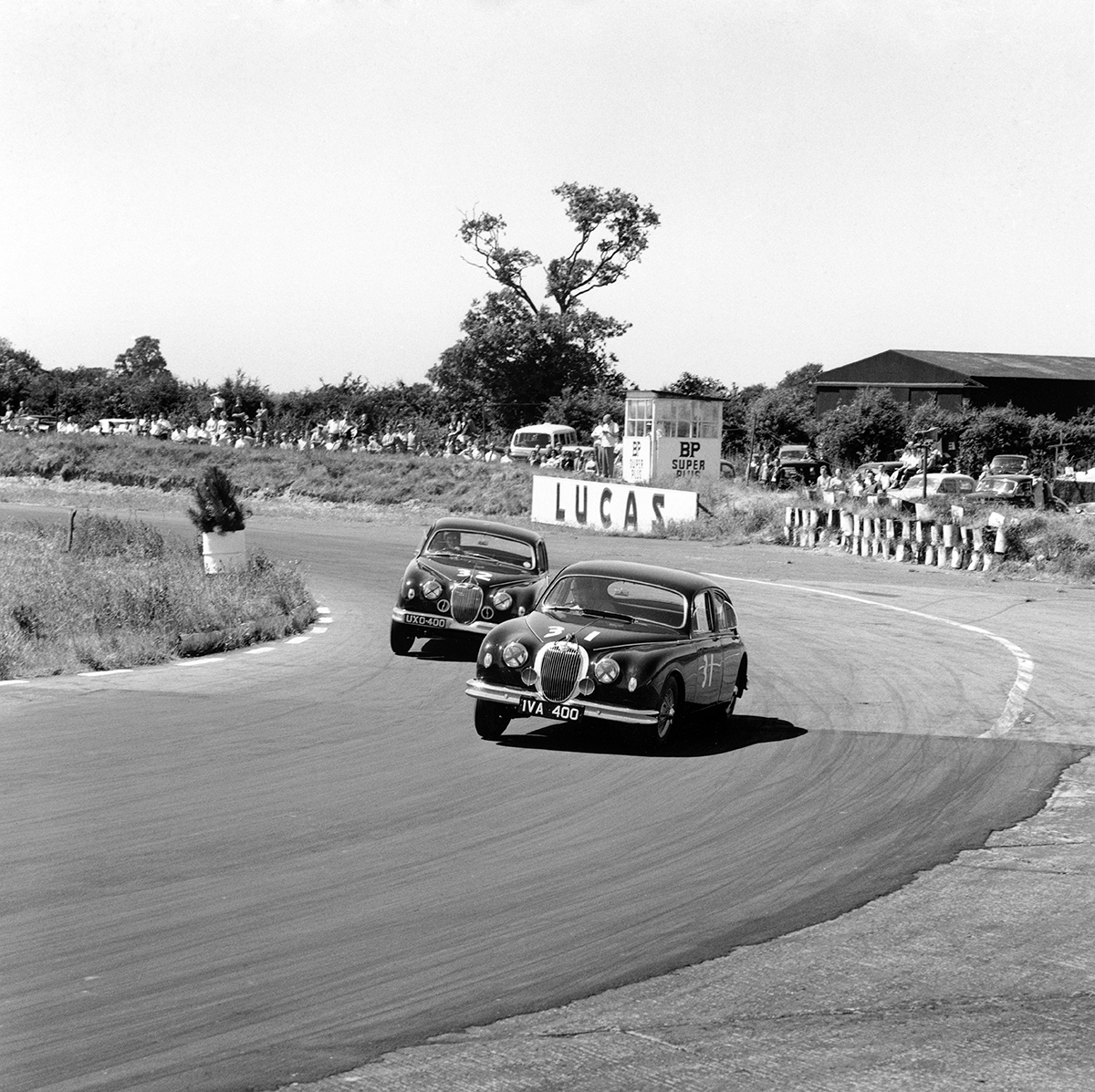 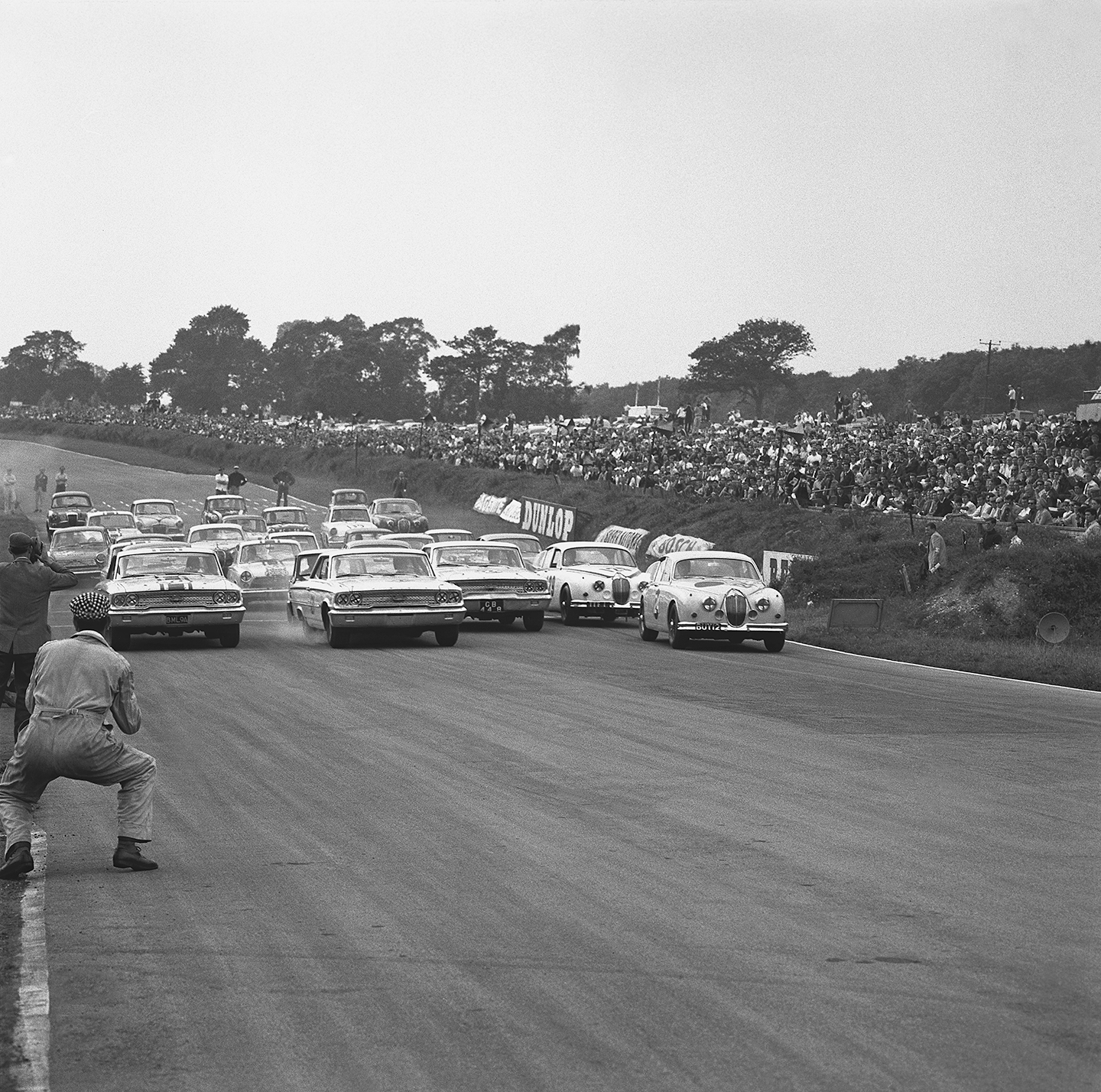 Alongside Jim Clark and Graham Hill on the front row at Brands Hatch in the 1963 BSCC, his second title-winning year. 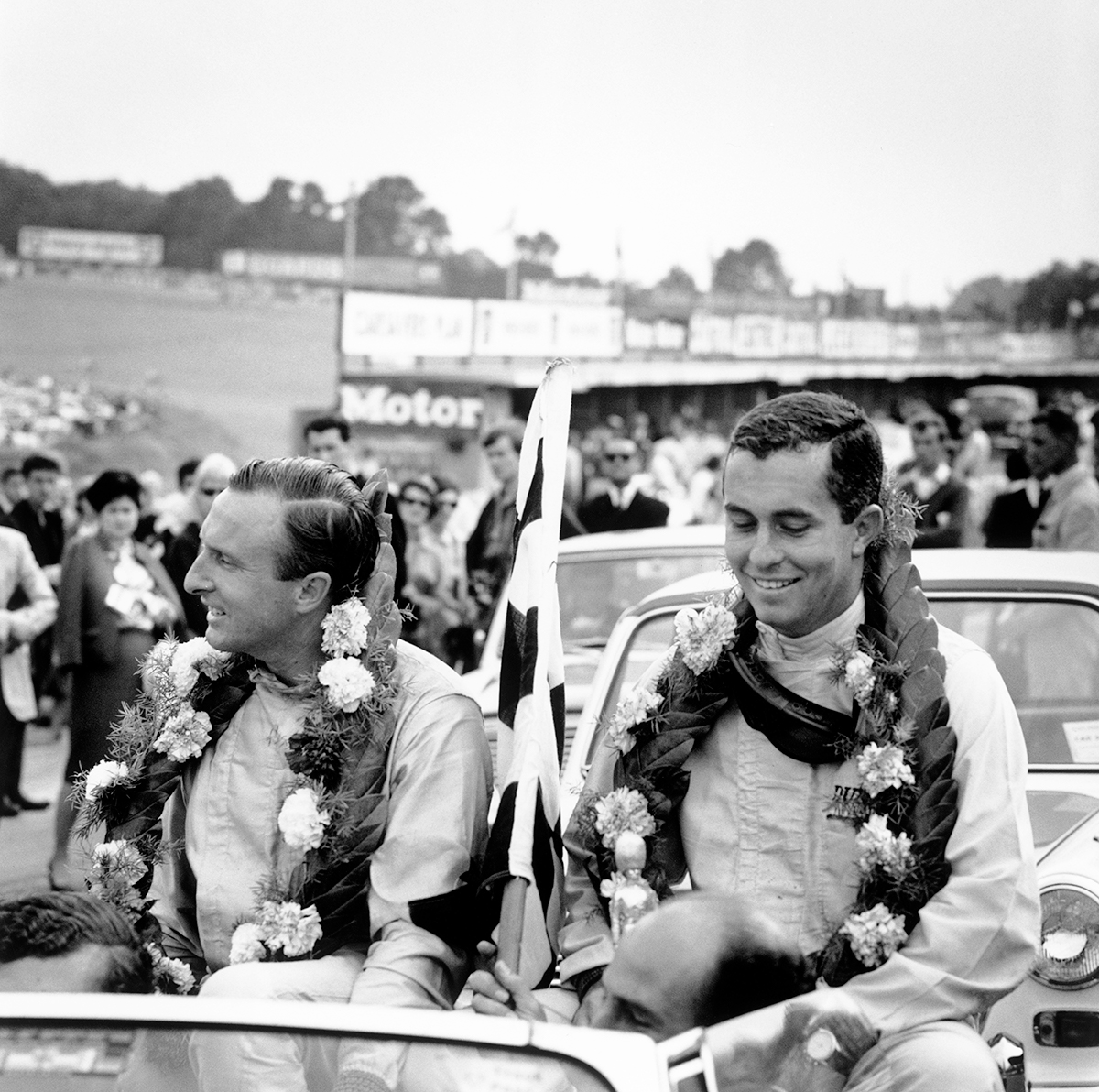 With Roger Penske, both class winners of the Guards Trophy, at Brands Hatch in 1963. Penske drove a Zerex Special Climax, Sears a Ferrari 250 GTO. 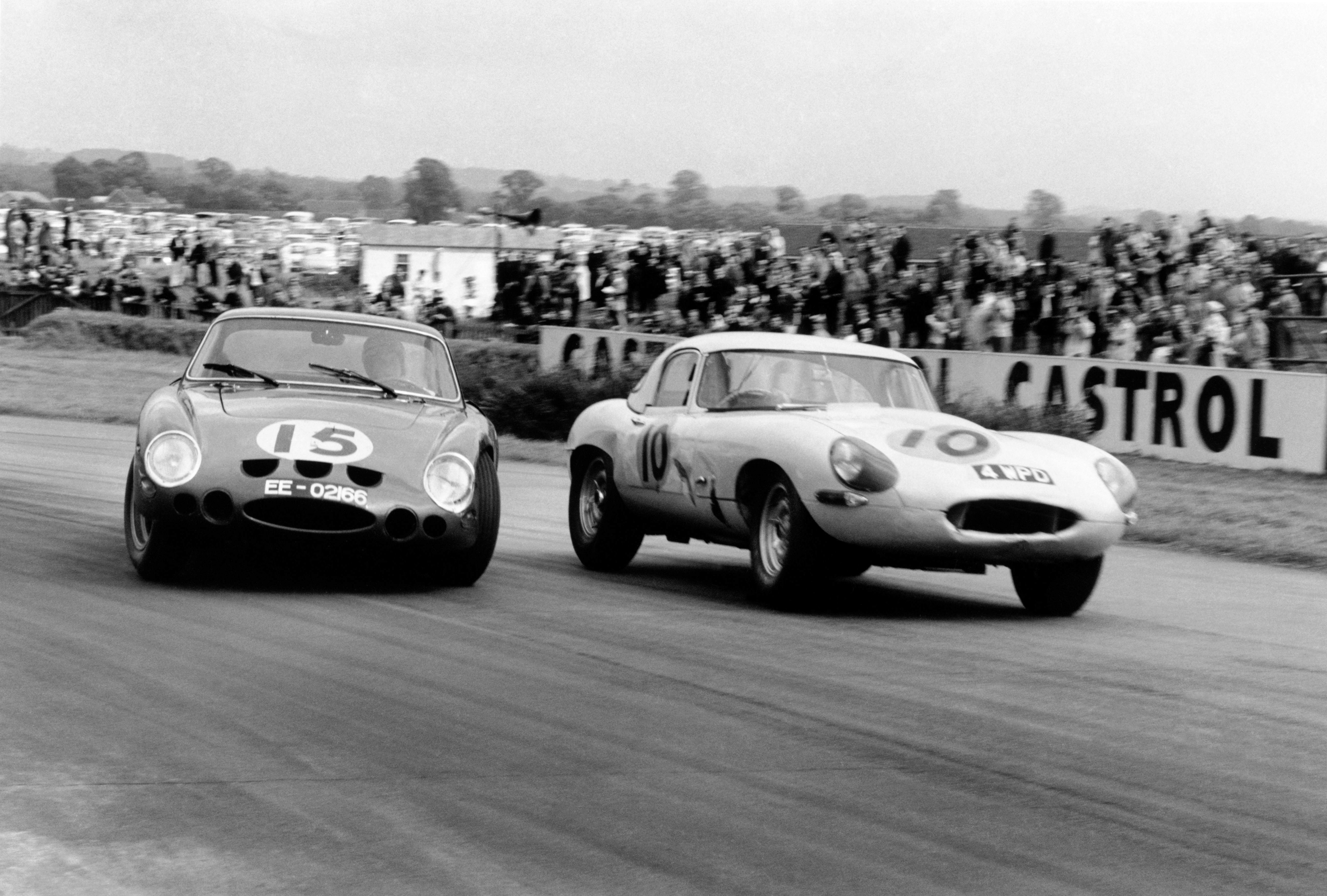 Sears (E-Type) and Penske together on track during the 1963 Tourist Trophy. 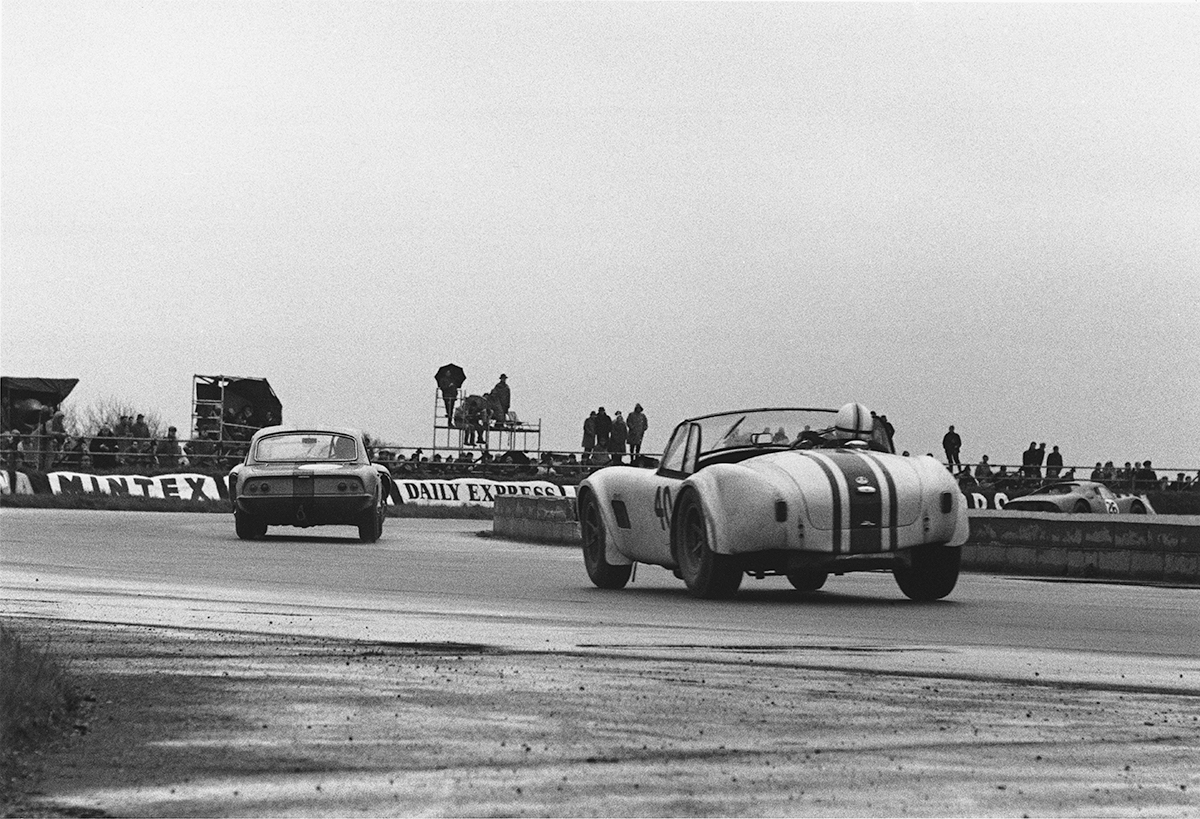 Jack Sears (AC Cobra) on the way to third position at Silverstone in the Daily Express GT race of 1964. 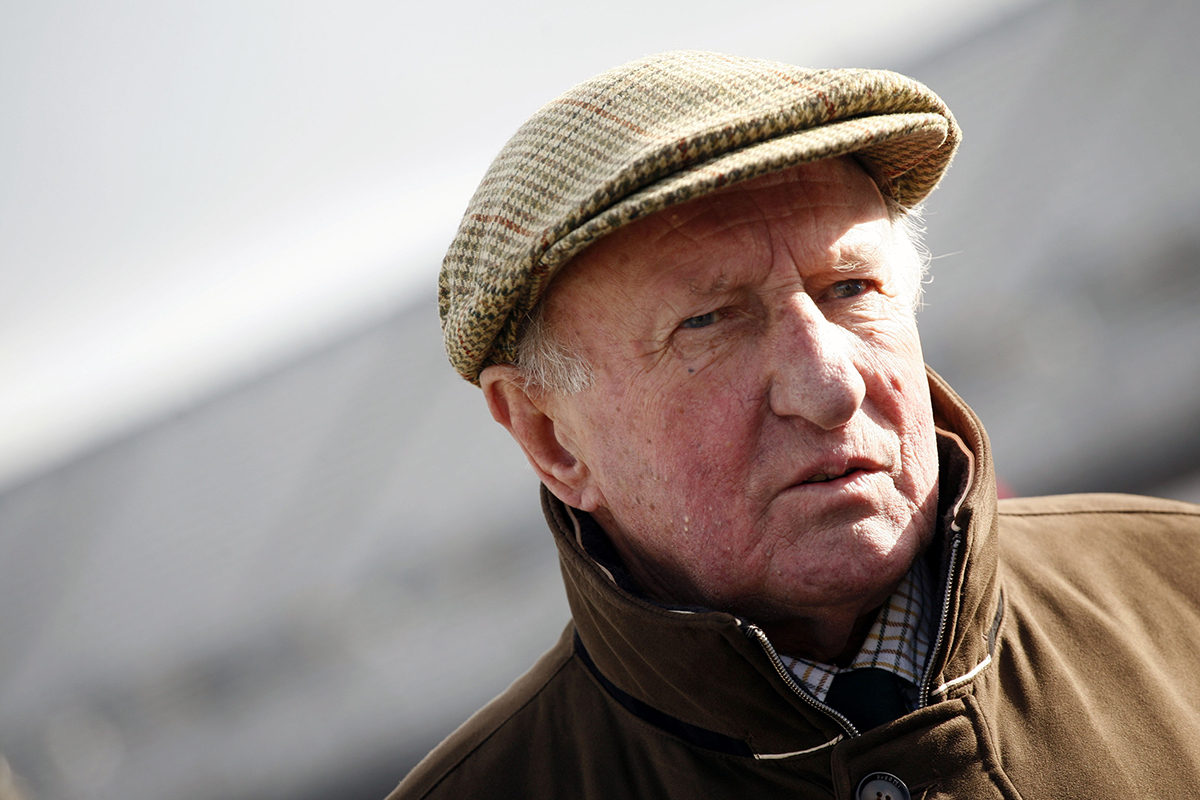 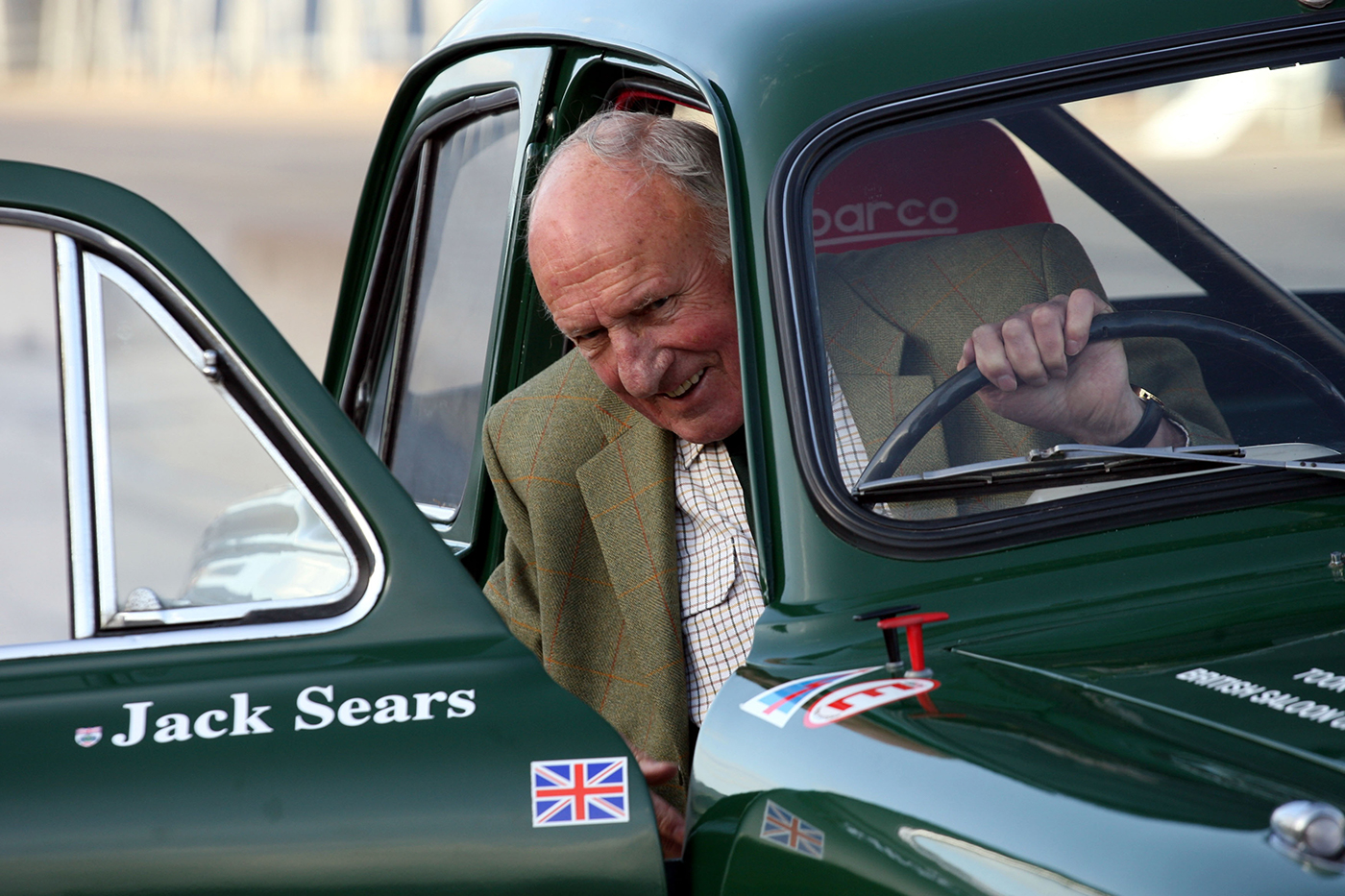 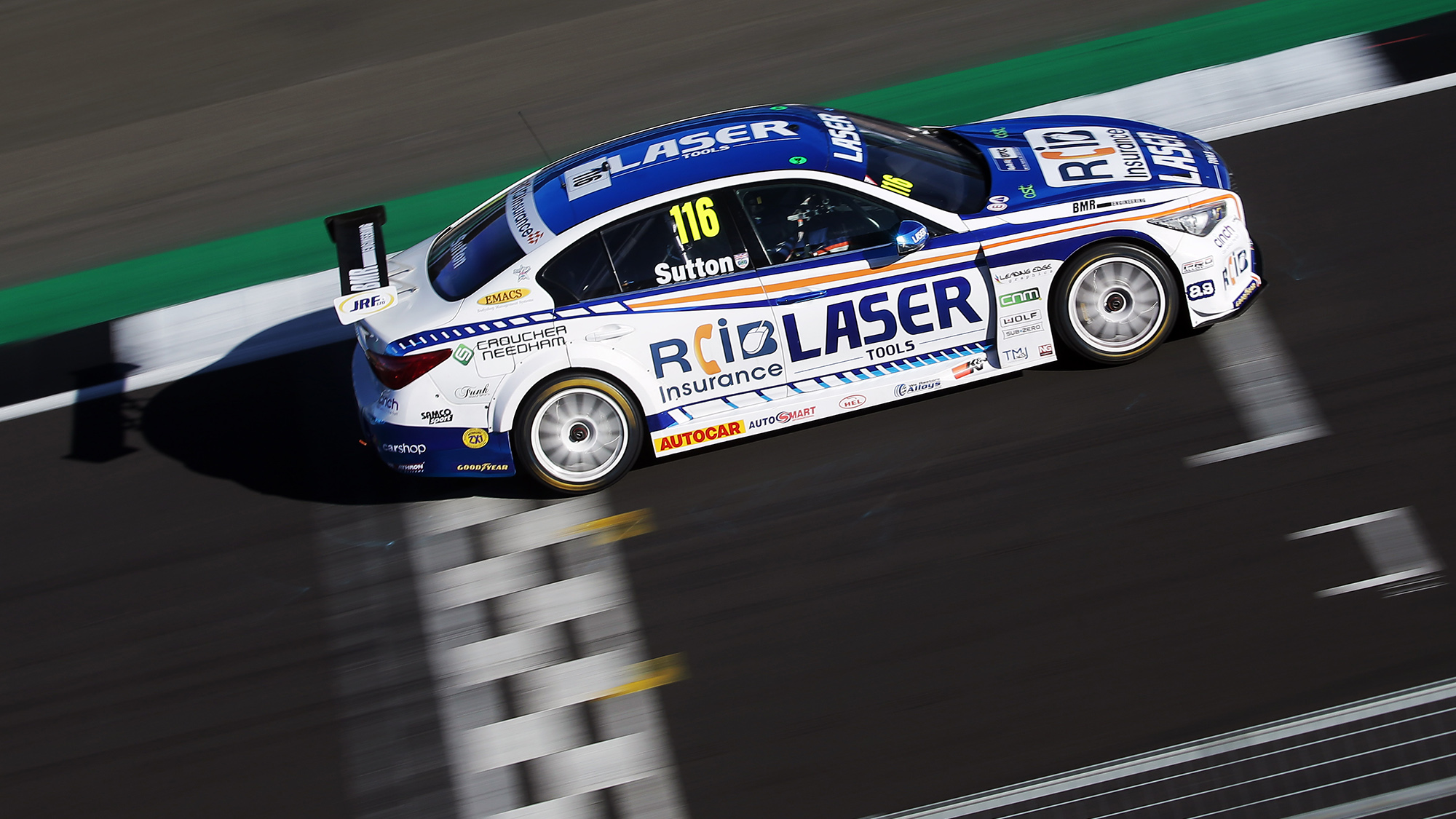 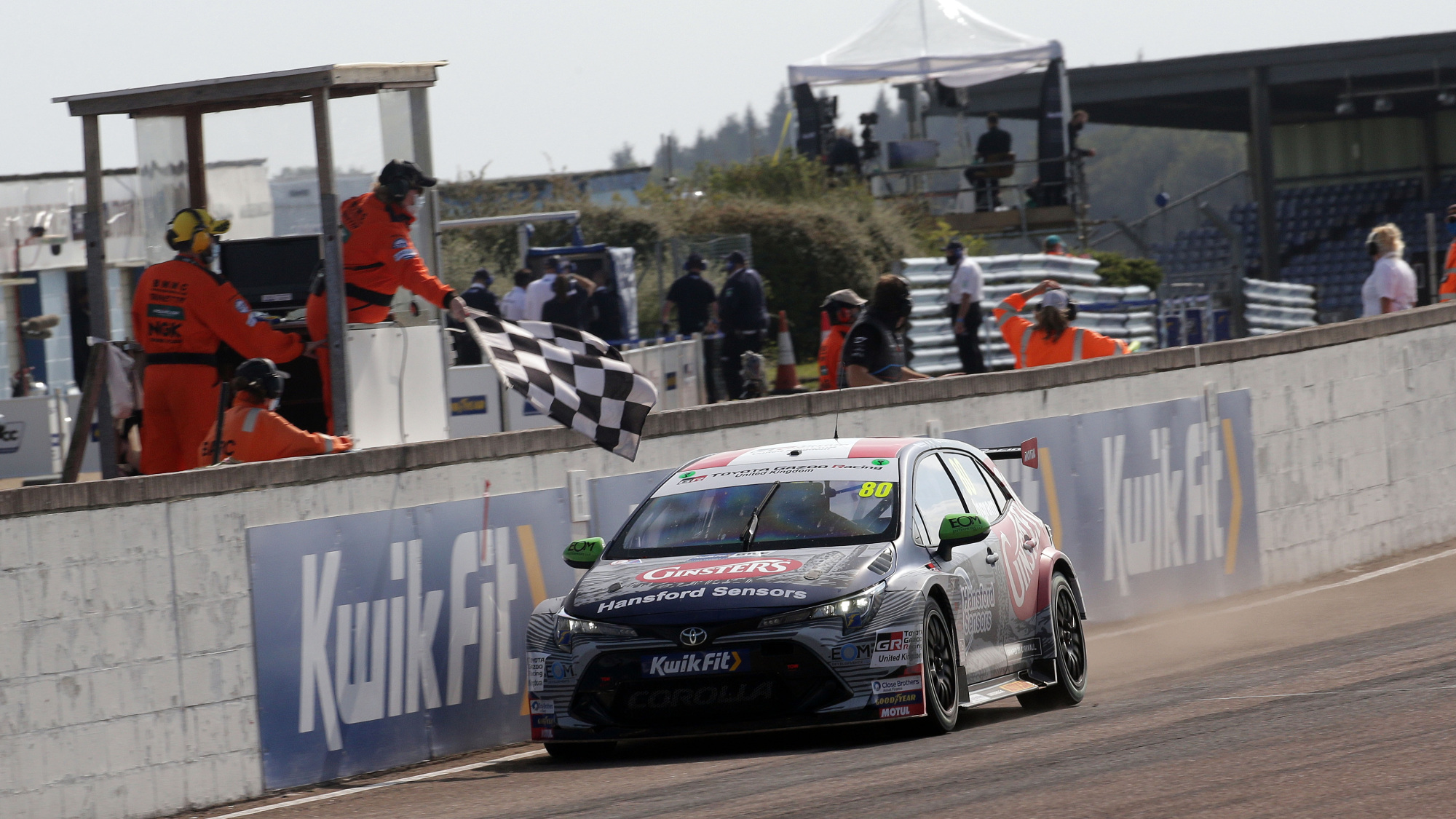