Looking back at the highlights of last weekend’s Race Retro 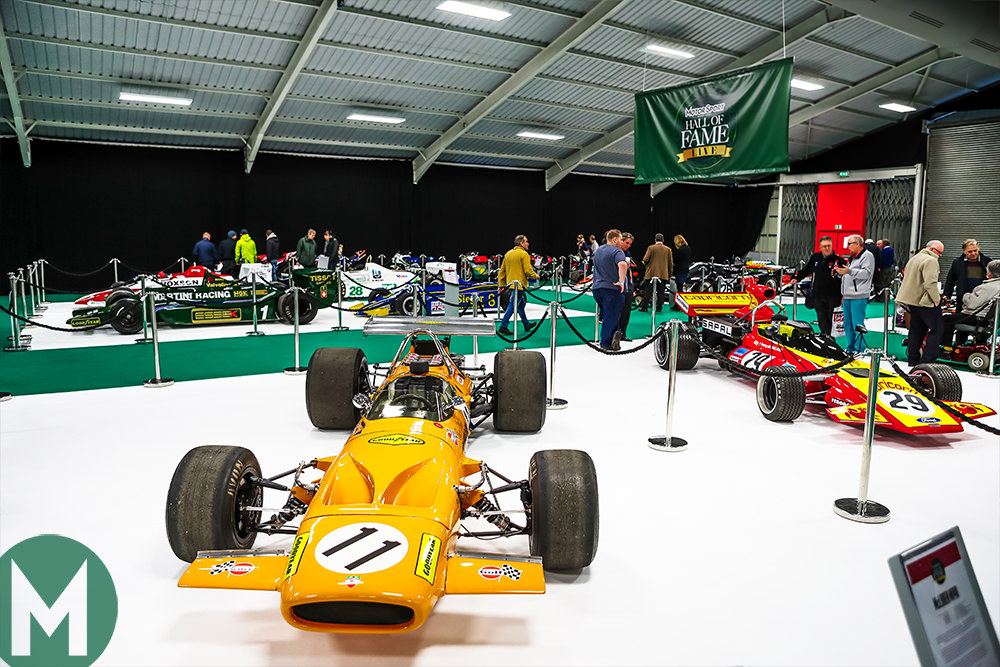 Race Retro, one of Europe’s premier historic motor sport events, filled out the grounds of Stoneleigh Park on February 22-24 with more than 250 exhibitors, a range of racing cars and bikes and a burgeoning list of lots at the Silverstone Auctions.

One of many guests at the show was Hall of Fame inductee Brian Redman, who flew in from the United States to tell his stories on the Motor Sport live stage with Gemma Scott and members of the magazine’s editorial team.

“Considering I haven’t raced in the UK for decades, the response has been amazing, and it’s been a pleasure to meet so many enthusiasts. Thank you so much for an incredible weekend,” said Redman.

Two-time World Rally Championship winner Miki Biasion was also in attendance, celebrating 30 years since his first WRC title win. A selection of cars flanking the stage, such as the Lancia 037, Ford Sierra Sapphire Cosworth and Lancia Delta Integrale, reflected Biasion’s career. Biasion also got back behind the wheel at the Live Rally Stage, in the Sapphire, alongside 80 cars such as the Group B Audi Quattros, a gaggle of rally-tuned hot hatches and Alister McRae’s Subaru Legacy.

Sharing the stage was also Steve Parrish, racer turned pundit, who celebrated his 65th birthday at the show (complete with caterpillar cake) and a couple of his own racing Suzuki bikes on display. Jaguar test driver Norman Dewis, Rosemary Smith, Bron Burrell, and Tony Mason also graced the stage with their presences.

One hall over, in the autojumble, there was an array of parts, memorabilia and everything in between for punters’ perusal.

More collectors’ items were found at the Silverstone Auctions’ Competition Car Sale and Classic Car Sale, with the former achieving more than £2.5 million in sales, and the latter more than £3.5 million.

Show director Lee Masters said: “After the response to last year’s event under the new ownership of Clarion Events, we wanted visitors and exhibitors to see yet another step change for Race Retro, showing our commitment to the industry and firmly securing our position as Europe’s number one historic motor sport season opener.”

Race Retro attracted more than 23,000 attendees over the weekend, and it was clear that a focus on formative racing machines and a celebration of their ingenious engineering quirks and inventions was a big part of the show’s draw. But with club racing represented just as strongly, with stands for numerous national racing series and car clubs, Race Retro managed to cover a striking amount of scope. It showed, above all, that grassroots motor sport is as healthy as ever in the UK, and show-goers were drawn just as strongly to the allure of club racing as the spectacular F1 cars on show.