California has many things in its favour, not least one of the world’s greatest concentrations of classic car dealers 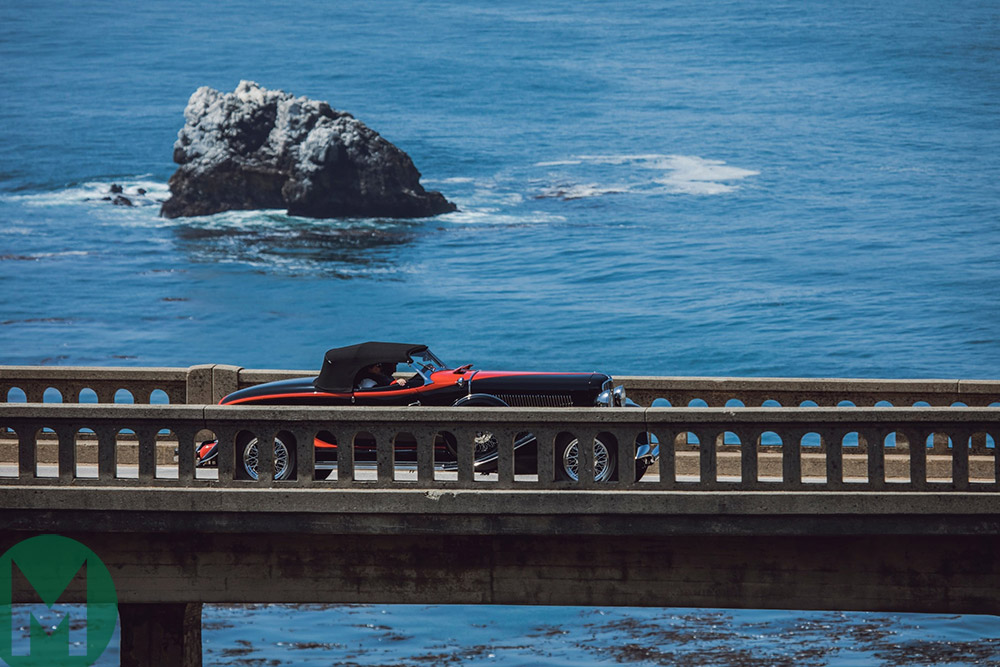 If you’re on the hunt for a classic car there is probably no better place to start than California, where there are more specialist dealers than anywhere else in the world. For quality and choice, the Golden State is also hard to beat since it was the top export destination for many of today’s most popular European collectable cars during the 1950s and ’60s and – as many an advertisement has claimed – its sun-soaked climate often (although by no mean always) ensures cars are rust-free.
The sheer range of marques and models that exist there has also produced an unrivalled network of specialist craftsmen, making the place a hotbed of engineering talent that enables many of California’s dealers to operate top-quality in-house restoration services.
Among such dealers is the near-legendary Blackhawk Collection based at Danville, about 40 miles north-east of San Francisco. Founded almost half a century ago by Don Williams, the firm was the first to achieve more than $1m for a classic when it sold a Figoni-bodied Duesenberg way back in 1984.

Williams has exhibited his choicest stock on the Pebble Beach lawn at every concours since 1972, and among this year’s highlights will be the remarkable ‘Copper Kettle’ Rolls-Royce
Phantom III.

The car started life as a limousine in 1937, but nine years later was bought by car dealer-turned-property tycoon Alfred John Gaul, who commissioned Freestone and Webb to convert it into a serious contender for the top European Concours events at Deauville, Monte Carlo and Cannes.

The result was the car as it appears today: a Sedanca de Ville with rich ‘chianti’ paintwork offset by ‘basket-weave’ rear doors and a generous application of brushed copper, which highlights everything from the radiator surround to the bumpers, wings, wheel centres and Spirit of Ecstasy mascot. And, with a 7.3 litre, V12 driving through a four-speed manual transmission, it offers performance as outrageous as its looks.

Part of the Blackhawk Collection since 2000, the car has been meticulously restored to Gaul’s specification and was awarded the Lucius Beebe trophy at Pebble Beach in 2008 for being the Rolls-Royce that best represented Beebe – a former concours judge who was famed as a bon vivant.

Equally striking but very much more a ‘driver’s car’ is a 1951 Talbot-Lago T26 with one-off grand sport coupé bodywork by Saoutchik – and this will also be shown by Blackhawk. Undeniably a rolling work of art, it will carry a Pebble Beach-appropriate price tag of $1.65 million. 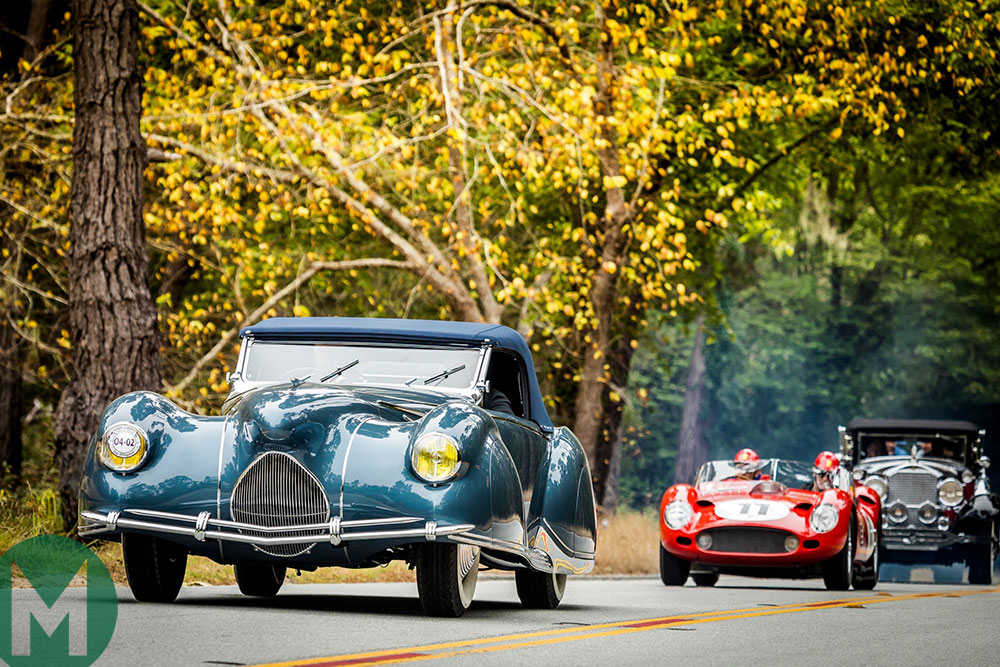 Another long-standing Pebble Beach regular is the Fantasy Junction dealership from currently booming Emeryville in San Francisco’s Bay area. Car fanatic Bruce Emery bought the Fantasy Junction brand name in 1976, at which time it was struggling concern that belonged to a local BMW agent. Emery quickly turned it around, partly as a result of his decision to offer a brokerage service that would take cars on consignment, thus avoiding having to own a large amount of stock.

The plan certainly worked and, during the past 40-plus year, Fantasy Garage has grown into one of the most respected and trusted classic car businesses in the U.S. and one which – perhaps unusually – is held in equal regard by both buyers and sellers.

Now run by Emery and his son Spencer, both of whom are enthusiastic amateur racers, Fantasy Junction always boasts a mouth-watering inventory that is currently topped by a
1966 Ferrari 275 GTB alloy-bodied ‘long nose’ that’s one of just 80 built. Offered fully restored in its original colour of Grigio Argento metallic and Ferrari Classiche certified, the car is priced at $3,175,000.

Also of note is a 1964 Shelby Cobra 289 that boasts a colourful and interesting history as a Shelby show car, historic racer and hot rod ($595,000), while pure competition cars include the 1987 Spice SE87 that clocked up a class win in the hands of Taz Harvey at May’s Laguna Seca Spring Classic meeting.

Another highly regarded dealer, well worth visiting during Monterey Car Week, is Mark Leonard’s Grand Prix Classics that has traded from its premises in the affluent La Jolla suburb of San Diego for more than 40 years. Leonard prides himself on his worldwide contacts and a remarkable ability to track down exactly the cars that his clients are looking for – assuming they are not already part of his impressive stock list.

Packed with classic road cars, race cars and motorcycles, the showroom is currently home to delightful 1961 Alfa Romeo Giulietta Sprint Zagato originally owned by former 500cc motorcycle world champion Libero Liberati and later by California Mille founder Martin Swig; a 1964 Brabham BT8 that is one of just 12 built and was Jack Brabham’s personal car; a 1966 Shelby GT350 with competition history from new and number eight of the series of Ol’ Yaller racing specials built and campaigned during the 1950s and ’60s by genius engineer Max Balchowsky of LA’s Hollywood Motors.