The Pebble Beach Concours steals many of the headlines, but there is much, much more to Monterey Car Week 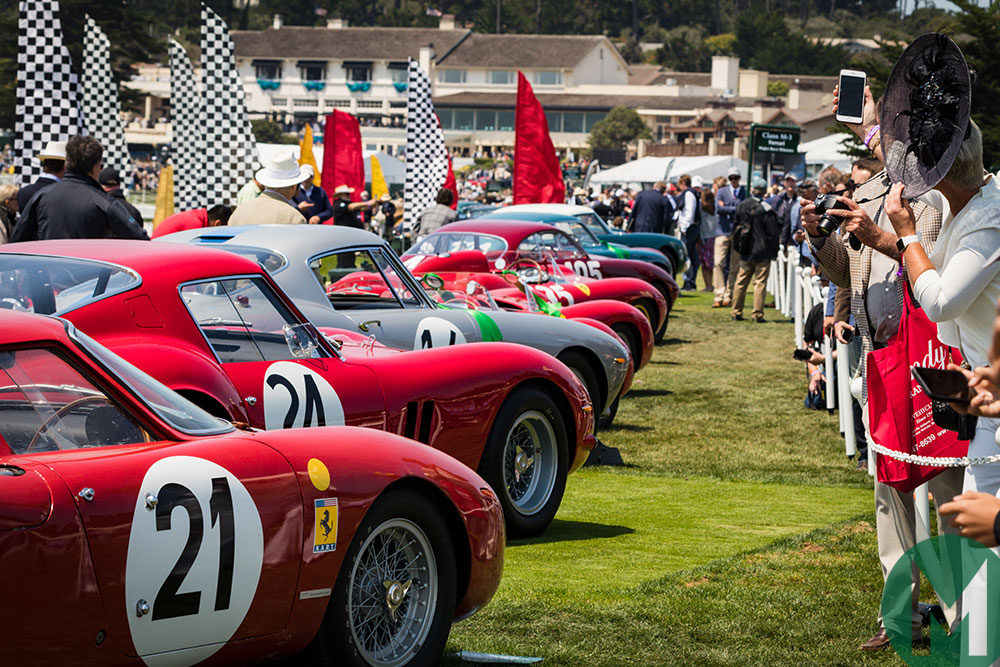 There can be no more intensive a gathering of historic automobiles on the planet than that contained within the Monterey Peninsula for Monterey Car Week, which serves as the collective name for a multitude of individual events happening in a 20-mile radius that shine a light on every aspect of the collector car hobby.

The best known of these is the Pebble Beach Concours, for which 15,000 enthusiasts converge on Monterey’s most prestigious golf club in order to admire the 175-plus examples of automotive rolling art displayed on the verdant turf of the 18th fairway.

A fixture on the classic calendar since 1950, ‘Pebble’ is arguably the world’s leading concours event, surpassing even Italy’s Concorso d’Eleganza Villa d’Este in the opinion of many. As a result, showing a car there (as at Villa d’Este) is not merely a matter of filling in a form and sending off an entry fee – this is a strictly invitation-only event at which only the best of the best are welcome.

The 70 or so judges, each one an expert in individual marques or models, can spot an incorrect paint shade, an incorrect spark plug or a mis-stitched dickey seat at 50 yards, and nothing is overlooked in the process to decide which car will be judged ‘Best of Show’ – an accolade that can add hundreds of thousands of dollars to the winning vehicle and bring unmatched kudos to both its owner and its restorer.

Pebble Beach golf club is not, however, where Monterey Car Week truly kicks off – that happens on the evening of what is officially ‘day two’ when local marketing and events guru Gordon McCall holds his annual McCall’s Motorworks Revival, a multi-faceted soirée at which cars, motorcycles and aircraft are displayed for the delectation of 3,000 (mostly paying) guests who are fed by gourmet chefs and refreshed with top Californian wines, craft beers and exotic cocktails.

McCall, a former Pebble Beach Concours class judge and a motor sport, motorcycle and bicycle fanatic, first staged the Motorworks Revival 27 years ago and has developed it into an unmissable event that manufacturers of high-end cars and aircraft now use as an opportunity to display their latest products.

Indeed, McCall is possibly one of the busiest men on the Monterey Peninsula during Car Week since he is also the co-founder of The Quail, A Motorsports Gathering that he helped to establish 16 years ago at the Quail Lodge and Golf Club in the foothills of the breathtaking Santa Lucia mountain range.

‘The Quail’, as it is known, gives enthusiasts another exceptional opportunity to see rare cars and motorcycles from around the world displayed in a garden-party setting. This year’s themes include the great Ferraris, 70 years of the Porsche 356, custom coachwork and the 50th anniversary of the Lamborghini Espada and Islero. The event also gives guests the chance to drive the latest supercars on local roads and is home to an annual, high-end Bonhams auction that is now in its 21st year.

As easy as it may be to spend an entire day at The Quail, it’s not advisable to do so if you want to experience some of the many other attractions laid on for Car Week. German marque fans, for example, would not want to miss Legends of the Autobahn, a concours event taking place at the Nicklaus Club close to Laguna Seca, the result of a collaborative effort between the BMW Car Club of America, the Mercedes Club of America and the Audi Club of North America.

You’ll have noticed one particular name missing from that line-up – which is because Porsche fans have their own, dedicated show called Werks Reunion that this year takes place at the Corral de Tierra Country Club near Laguna Seca.

This is the fifth edition of a Porsche Club of America-organised event that brings together a breathtaking array of Porsches, from the rarest classics to ‘young timers’ and current models. Visitors turning up in their own Porsches can display them in model-specific ‘Porsche corrals’ or even enter them for judging in the hope of winning one of more than 20 prizes – although the emphasis of the event is on enjoyment rather than hard-nosed competition.

Those with automotive tastes that extend beyond the Teutonic, meanwhile, should start their Monterey Car Week experience by heading to Carmel-by-the-Sea’s Ocean Avenue on day one (Tuesday, August 21) to experience the recently introduced Concours on the Avenue event that takes place against the backdrop of the area’s whimsical architecture, inspired by the work of fairy tale illustrator Arthur Rackham. 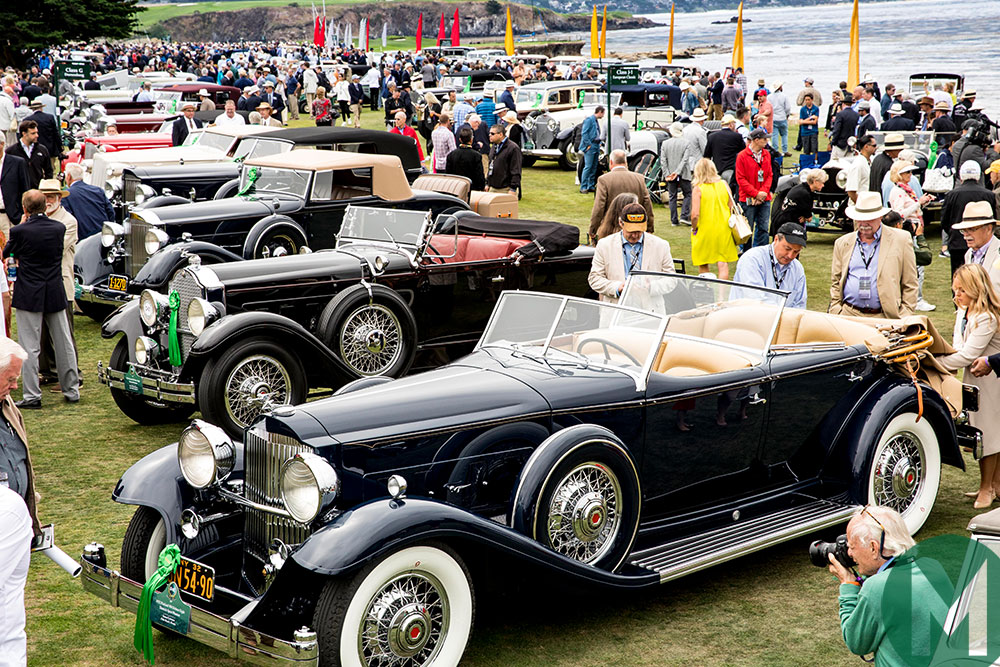 Ocean Avenue will be closed to normal traffic for the occasion, during which an area covering 18 blocks will be taken over by an array of 175 luxury and muscle cars, hot rods and microcars of a sort not generally seen at the main Pebble Beach event. Selection criteria include the usual authenticity, originality and provenance, but cars that have interesting stories, an indefinable fun factor or have proved in some way inspirational will also be included.

Then there’s the Little Car Show taking place on Pacific Grove, where 100 vehicles built prior to 1993 will be displayed and all must be micro, mini or arcane, have engines no greater than 1601cc or be powered by electric motors. Unlike Car Week’s more serious shows, entries are accepted on a first-come, first served basis and money raised by the event will go to local charities.

Philanthropy is also the name of the game in the case of the Barnyard Ferrari event taking place at Carmel’s Barnyard Shopping Village, where the Ferrari Owners Club will field a line-up of registered cars and welcome impromptu arrivals. The Arts Council of Monterey and the local Rotary Club will both benefit from donations.

The Prancing Ponies show in Carmel’s Dolores Street, meanwhile, is dedicated to cars owned by women who will be “encouraged to dress to match their car’s colour or time period” (nothing sexist, of course), while Automobilia Monterey at the Embassy Suites on Highway 1 just north of Laguna Seca claims to be the largest such show in America.

Hosting about 50 top international dealers, the event is strictly for the sale of genuine vintage posters, photographs, rally plates, badges and mascots together with garage signs, original art, scale models, ephemera and anything else to do with classic automobiles. Reproductions are strictly banned.

There’s more automobilia, too, at Pebble Beach RetroAuto, a three-day event taking place at The Inn at Spanish Bay Ballrooms. It features an array of stands selling collectables and sanctioned Pebble Beach merchandise, while the Carmel Mission Classic is a one-of-a-kind event staged by the Knights of Columbus that combines old motors with religion, wine tasting and harp music.

There really is something for everyone at Monterey Car Week.