I know, I know, I know. I should be really sniffy about this car. It’s not a Ferrari 250GT Spyder California. It’s not even made by Ferrari. It is at best a re-creation, at worst some might feel minded to call it a fake. Some will consider that people like me writing stories like this helps the proliferation of such replicas to the inevitable cost the originals whose style they ape.

Then again, on those rare occasions one of the original 55 ‘Cal Spyders’ comes up for sale, the bidding starts at an eight figure number. So even people who might consider themselves to be of extremely comfortable means couldn’t possibly consider it. However at £750,000-£850,000 they might well consider this GTO Engineering re-creation a bargain compared to any number of million pound modern hypercars.

It’s a feeling likely only to become augmented when they see the car. I don’t know what kind of expert you’d need to be to distinguish from the original. To me it is flawless, no more and no less beautiful than one of the most beautiful Ferraris ever built. 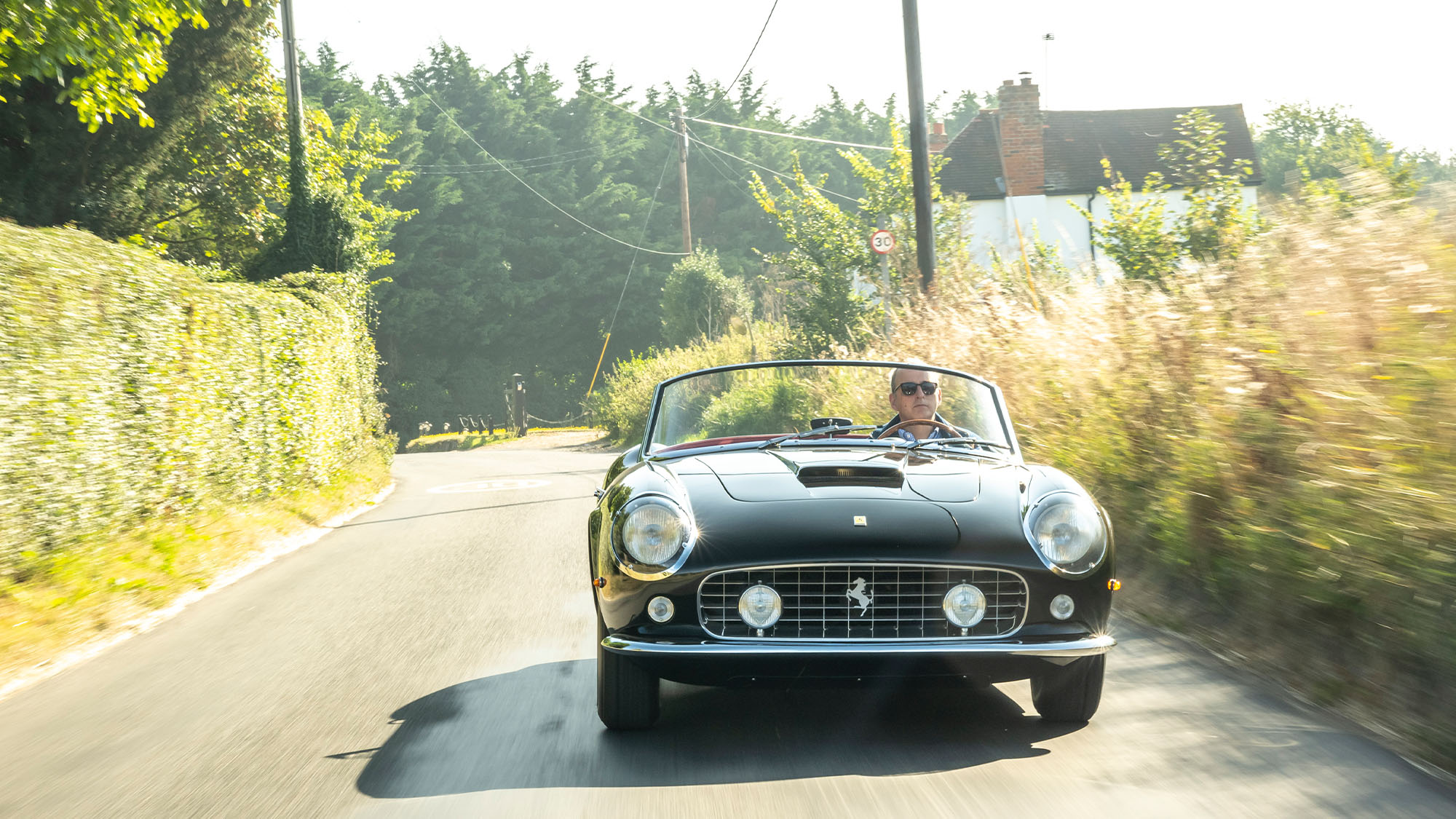 250GT recreation is faithful both on outside and, to some degree, under the skin too

To be clear, this is no silhouette, no repurposed ignoble modern platform wearing an ill-fitting suit of inappropriate attire. Visually at least it is a completely faithful copy of the original. Under the skin it carries the same chassis architecture as the Ferrari, the same double wishbone front suspension and live rear axle. The engine may not have been cast in an Italian foundry 60 years ago, but I wonder how many Colombo V12-powered cars can claim as much today? It follows faithfully the great engineer’s glorious design. The gearbox is GTO’s own but it feels as good as any Ferrari made in that period.

And yet there are differences. Ferrari built Colombo V12s from 1.5-litres to 4-litres in capacity but never, I fancy, the 3.5-litres of this particular car. But you can choose a three or four litre motor too. And no real Spyder California has five ratios within its gearbox casing, nor additional sections of steel added to the sills to add strength to what might otherwise be a rather rickety structure. They call it the Spyder California Revival. I call it a Spyder California homage made with the benefit of hindsight.

You sit in the same kind of chair and stare at those gorgeous Veglia dials. I understand why Ferrari changed them in the mid ‘60s because they’re not that easy to read and look like they were designed in the 1950s (which they were), but each is a little work of art. The driving position is even more ridiculous than that of other old Ferraris I’ve driven, a factor I expect of Ferrari abbreviating the wheelbase of the Cal Spyder halfway through its life. It all seems to have come out of the footwell. At 6ft 3in I am very short of legroom and yet it is not sufficiently uncomfortable to spoil my enjoyment. Not even close in fact.

You turn and press the key in time honoured fashion and, fed by three twin choke Weber carburettors as it should be, the V12 fires instantly. The gear-lever slides deliciously into place, the clutch is gentle and you are away. At once you notice the oily smoothness of the steering and the almost total absence of shake and rattle from the structure. In this latter regard I concede it is quite unlike a 60-year-old convertible Ferrari and, in my view, all the better for it. 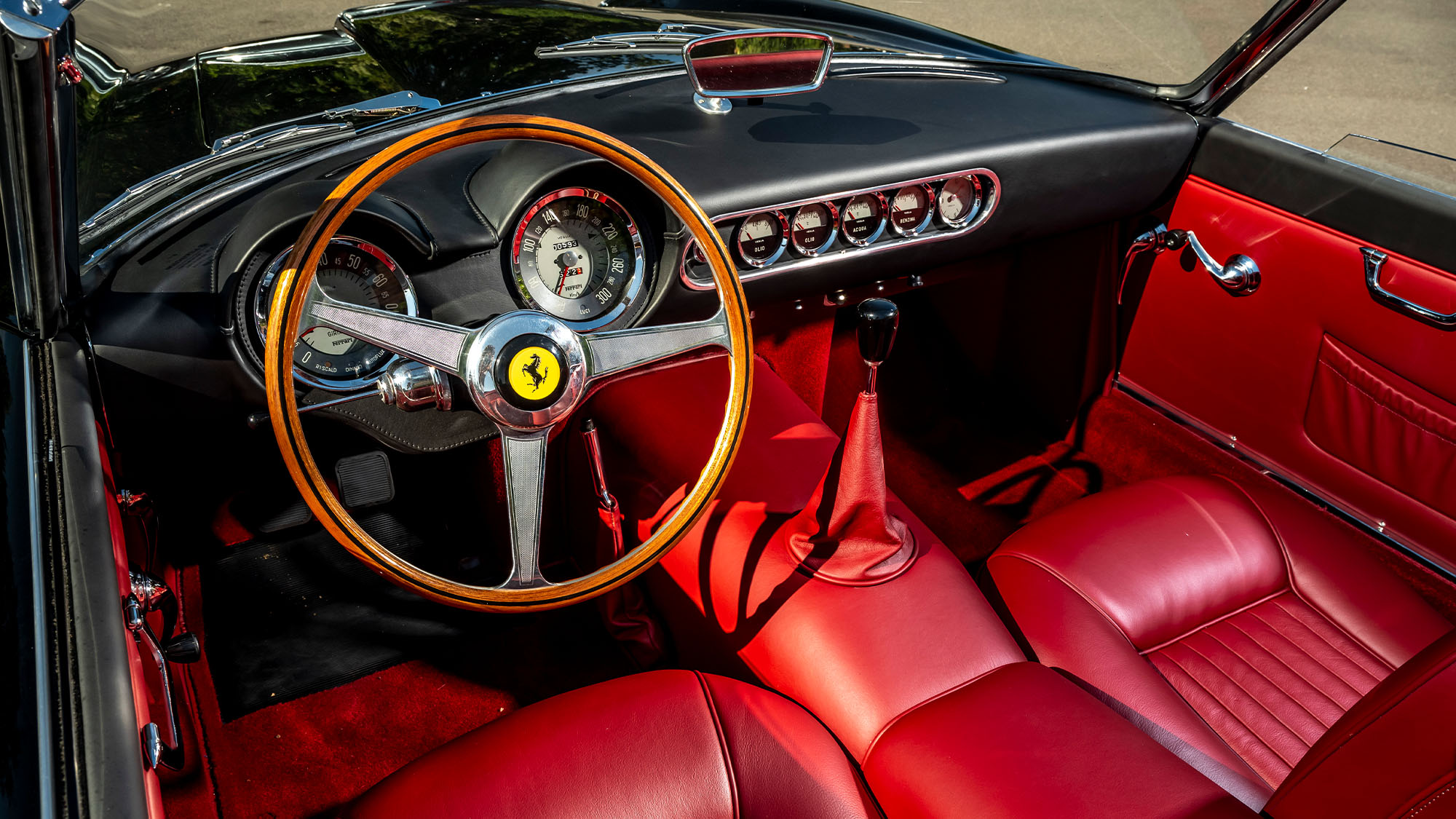 It is a car that simply allows you to do more. For a start you can use it. Should you happen to have many, many millions-worth of original Cal Spyder in your shed, would you be happy to go and duke it out on the A4 in rush hour as I did in this car? Maybe, but I doubt it. Because although I expect the repair costs would be similar, dent this one you’re not also damaging the car’s history because it doesn’t have one.

More importantly, you can drive it too. With 320bhp where the original had around 240bhp on a good day, there’s 25 per cent more power and it’s delivered in a range from around 2500rpm to about 7000rpm. Weighing little more than a tonne, it’s a properly fast machine, even by modern standards. And the sound! How I wish I could convey that to you.

But it’s not just good in a straight line. Because the chassis modifications have created a more stable platform, you can chuck it around in a way I hadn’t hoped to be possible for a car like this. It feels balanced, poised and accurate, and while there’s not much grip from its skinny old Michelins, I regard that as an entirely good thing.

And there’s no downside. Should you choose to adopt the perhaps more traditional gait of the Cal Spyder driver and simply waft and woofle from place to place, it’ll happily do that too. And I’d bet plenty it also has a better ride.

No, the Cal Spyder Revival’s only crime is not to be Cal Spyder. But to look at one as an alternative to another is absurd. Look at it as a rival to that aforementioned hypercar and it makes much more sense. Ask yourself which is more beautiful and which, actually, is more fun to drive? The hypercar that needs a racetrack before you can have a hope of driving it in the manner its designers intended, or the Cal Spyder Revival which you can enjoy to the full on any quiet road and which remains a delight to command even when driven slowly? 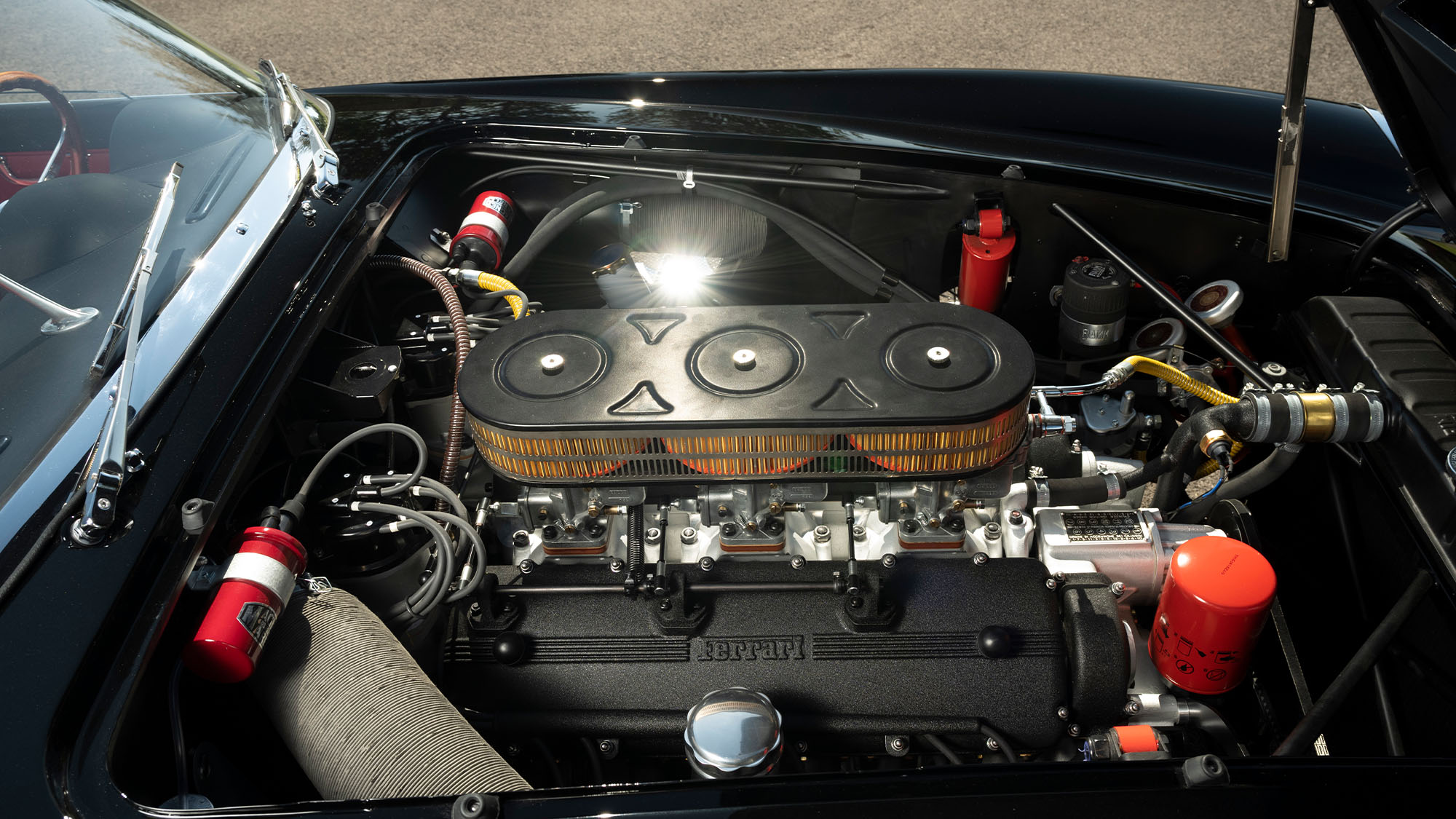 I understand absolutely why so many people are turning to the fast burgeoning restomod market: they recognise that the fastest cars of today are actually too fast for the environment in which they are most regularly found. The Cal Spyder Revival is not. It may be a car whose design looks entirely over its shoulder, but actually it’s probably more relevant now than at any time since the wonderful original was created over 60 years ago.