In the early days of the Donington Park circuit, the likes of Tazio Nuvolari, Bernd Rosemeyer and Rudolf Caracciola lunched at the stately hall and relaxed in its grounds between practice sessions.

For the first time since 1971, the track will become part of Donington Hall’s grounds, with direct access from the paddock to the 18th century mansion house.

MotorSport Vision (MSV), owners of the circuit, have bought the freehold to the Donington Hall Estate and plan to turn the property into a 40-bedroom hotel by the 2023 season.

Rooms will be named after some of the legendary drivers that competed there in the past. Current drivers will be able to have their car prepared and warmed up at the entrance to the Hall, enabling them to walk from the breakfast room, step into their car and drive directly on to the circuit. 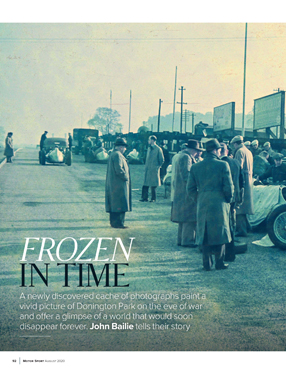 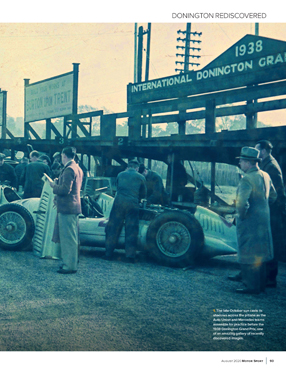 An office building, previously used as the headquarters of the BMI airline, will be converted to a warehouse for supercars, classic cars, racing cars and motorcycles.

A series of workshops will be available for let to high-end motor engineering businesses.

Tom Wheatcroft bought the circuit and part of the estate in 1971, but the Hall remained with the Gillies-Shields family. It was bought by BMI in 1976 and was most recently owned by Stuart Garner who was in charge of the Norton Motorcycles company before its collapse last year. The Donington Park circuit was bought by MSV in 2017.

“Ever since we added Donington Park to our portfolio of motorsport circuits I have admired Donington Hall, and have always been keen to acquire the property,” said Jonathan Palmer, chief executive of MSV. “It’s a stunningly beautiful building and deserves to be sympathetically restored to its former glory.

“Donington Park circuit was originally built in the estate grounds of Donington Hall in 1931, making it the oldest motor racing circuit in the country. The opportunity to reunite the circuit with the Hall was not to be missed and the substantial marriage value is very exciting.

“Donington Hall Motorhouse will be an outstanding place to securely store some of the best cars and motorcycles in the world, with VVIP facilities for owners.

“We will be creating an extraordinary and unique facility. Specialist car owners will be able to fly directly into East Midlands airport, view their cars within 10 minutes of landing before settling into, for example, the Rosemeyer Suite at the hotel.

“Their chosen car will be prepared and warmed up, waiting outside the front of the Hall after breakfast, from where they can drive it up the original carriage drive and directly on to the Donington Park circuit. After a day’s circuit driving, our team will return the car to the workshops for cleaning and a check over before returning it to storage, while our visitors are on their way home.”