The beginning of the year brought the promise of a new season, with new events and fresh competition. But motor racing awoke from hibernation to the looming threat of the coronavirus pandemic.

There was a small window of opportunity, before the nationwide shutdown, to witness what may turn out to be the only motor sport for some months: on the road in January and March this year.

Can it really be three years since they began to tear apart Wimbledon Stadium, that bastion of welcoming decrepitude that for many years heralded the personal dawn of a fresh racing campaign? The rasp and clatter of bangers and stock cars has gone, replaced by the whirr of cranes as the site morphs into a platform for professional football and luxury flats.

There will be few clues that this was once the natural domain of Nissan Bluebirds with no hope of ever passing another MoT.

In its stead, though, Standlake Arena has become a pleasing alternative – and its Heavy Metal Classic, a staple of the first Sunday each January, is a step back in time. If anything the ‘arena’ has even fewer facilities than Wimbledon used to – it’s a friendly swamp cloaked in rising Thermos steam and infused with the scent of freshly fried onions. 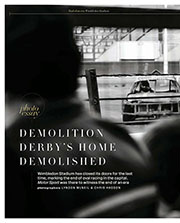 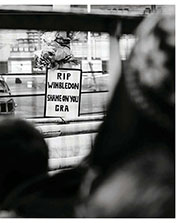 Wimbledon Stadium has closed its doors for the last time, marking the end of oval racing in the capital. Motor Sport was there to witness the end of an era…

There were more than 200 cars entered – everything from a ‘stretched’ Nissan Micra to a Vauxhall Victor FE estate via what might once have been a Rolls-Royce Silver Shadow. The final call for pre-race scrutineering came while some cars were still on the final approach through the Oxfordshire lanes, a laidback approach that contrasts markedly with the good-natured violence on the horizon.

Short-oval racing isn’t everybody’s cuppa, but it provides a fine education in the art of car control and provides a wonderful accompaniment to a warming flask of Heinz Cream of Tomato.

It was part of a January double-header that also embraced the third episode in Lydden Hill’s four-part Winter Rallycross Revival. The entry was significantly down on the previous event, not that this diluted the competitive intensity, but the meeting as a whole was enlivened by the supporting presence of the Rolling Thunder Show, which has moved to Lydden’s short oval since Arena Essex followed Wimbledon Stadium into oblivion.

This was another welcome throwback, the first time I’d seen this bit of Lydden in use since the motor sport festivals of the mid 1970s, when car racing shared the bill with karts, rallycross and bangers – a long-extinct cocktail, sadly.

It was a pleasing, gentle warm-up to the full racing season’s dawn. Or so I’d imagined…

Time’s passage makes no difference. When first I began watching circuit racing regularly in the early 1970s, there was always a special feeling when it stirred from hibernation in early March – and almost 50 years later that same buzz persists.

The opening British Motorcycle Racing Club (Bemsee) fixture of the campaign always attracts a colossal entry, is always slick (41 races over two days) and invariably generates good racing. It’s a timely reminder of why ours is a sport worth loving.

In this instance, it also felt a welcome refuge from the growing hysteria affecting every Tesco in the land (other supermarkets also available). Had this been 1586, and Walter Raleigh had freshly returned from his travels with crates of new-fangled hand gel, I could perhaps have understood the fuss: “Forsooth! This should keep yonder pestilence at bay. Gadzooks!”

But this is supposed to be the modern world. Did people not wash their hands or wipe their backsides before? Sorry, I digress…

Conditions are irreversibly chilly and the haze from a swarm of MZs and small-capacity two-strokes creates only a false sense of momentary warmth, but the poise, grace and commitment of all participants swiftly diverts the senses – particularly when a 27-strong field of sidecars peels from the paddock.

Never have I admired a group of racers so much, nor wanted to emulate them less.

Setting aside the evolving viral crisis, with bumbling ministers confirming that they intended to mandate postponement of sporting fixtures that had already postponed themselves, conditions could hardly have been worse as Lydden’s welcome seasonal rallycross initiative drew to its conclusion. 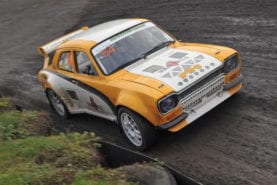 Back to the '70s: winter rallycross returns to Lydden Hill

FA Cup ties played in up to four inches of mud. The King George VI Chase at Kempton. Scratchy radio updates from cricket tours in distant lands. Rallycross. These, surely,…

It said ‘winter’ on the tin, a point rammed home by the cold, persistent driving rain – and the heated paddock café patio offered little protection against such swirling inclemency. In some ways, it brought to mind a rallycross meeting at Longridge, Lancashire, on January 1 1977, when snow precipitated the meeting’s abandonment and left school mate Phil and I to seek shelter for several hours while awaiting parental collection. We didn’t have mobiles in those days – and Longridge didn’t have a telephone kiosk. Or if it did, we didn’t have any suitable coins…

This wasn’t quite so bad and, in any case, felt like a reassuring slice of routine in an increasingly abnormal world.

The poor visibility might explain why a couple of drivers initially failed to heed a red flag – and cool, slippery asphalt was certainly the reason for one of the RX buggy drivers spinning while trying to warm their tyres en route to the grid. Science is powerless to explain, however, why there is a sign barring under 16s from the assembly area when that very demographic was actively taking part and conjuring some of the closest, most compelling competition. Presumably it means they are not allowed in unless strapped to a Suzuki Swift or VW Lupo. As with the bike racers at Brands, fear appeared a wholly alien commodity. 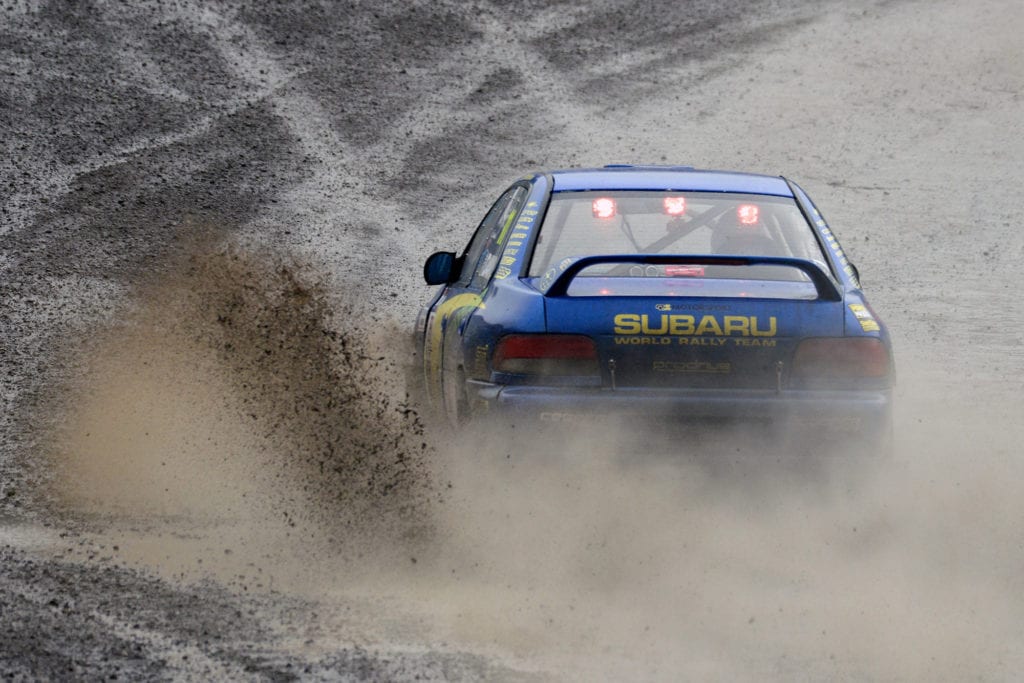 As I filtered onto the A2 at the afternoon’s end, I did half-wonder whether I had just witnessed my last three-dimensional motor sport for a month or several – and that has indeed come to pass.

Whenever and wherever it restarts, I intend to be first in the queue. 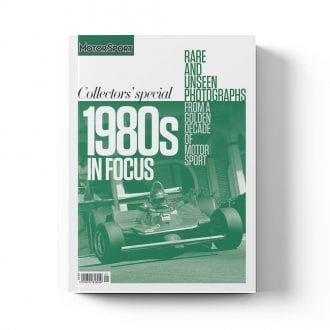 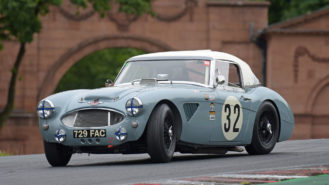 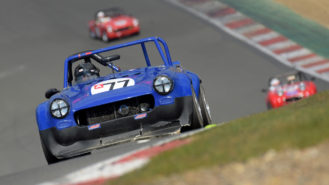