Another month, another throwback. Remember those televised, end-of-season Thruxton meetings 40-odd years ago, an interlude to National Hunt racing on BBC Grandstand? They were misty, magical occasions, to be savoured with a mug of Manchester-strength tea and a brace of buttered crumpets. Main feature was a non-championship Formula 3 races, whose winners included Gunnar Nilsson, Dereks Daly and Warwick and, on his debut in the category, Ayrton Senna.

That was 1982, when the Brazilian’s opposition included not just fellow F1 aspirants but also World Rally Championship star Henri Toivonen, who finished fourth in one of Eddie Jordan’s Ralt RT3s. Further back in the field, future British Touring Car Championship team-mates Julian Bailey and Will Hoy came home 10th and 11th. It was an event of the kind that doesn’t happen these days; doesn’t, but should…

The menu was very different this time, a meeting headlined by what should have been the penultimate round of the British Truck Racing Championship, but the date gave it a similar feel to those autumnal fixtures of yore. The trucks were supposed to have visited Hampshire in June, though that was canned along with everything else, and this was effectively a replacement for a meeting that was originally scheduled to take place at Pembrey… except that prevailing legislation forbade Welsh border crossings. 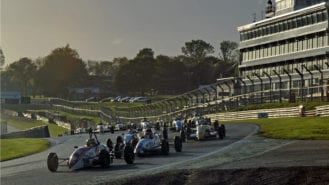 MG Car Club Oulton Park, October 3 The feeling doesn’t change. Conditions had been miserable from the moment I peeled away from north-west Kent and remained so as I ambled…

I know some folk are sniffy about the notion of applying race numbers to lorries, but they do create a spectacle unlike anything else in our sport. They are brisker than they have any right to be, slide around in a manner that challenges the established laws of physics and chuck out spirals of smoke from tyres that are almost always under duress. The racing tends to be fairly close, too.

They harness a huge amount of kinetic energy – and that can be destructive when released in an unforeseen manner. Conditions weren’t easy – Storm Aiden had battered the venue for much of the morning, and the track was slow to dry in the cool conditions – but qualifying was delayed for a while after Ryan Smith clobbered the tyre wall at the complex. In the first of two scheduled races, Richard Collett was swiped by Tom O’Rourke at the same point – and the latter’s cab vaulted the barriers before landing on the bank beyond. Moments later, in a completely separate incident, Stuart Oliver clipped a tyre wall and tipped over.

Circuit repairs took some time and the trucks were shuffled to the tail end of the programme, so that the Classic Touring Car Racing Club and Tiedman Monoposto Trophy – both with strong, diverse fields – could take their turns. The trucks did eventually engage in combat, albeit only once. Martin Gibson won from David Jenkins and the aforementioned Oliver, now back on all fours, but there was scope to accommodate an extra race alongside two more the following day.

Necessity had by then obliged me to move on, but no matter. There was always Brands Hatch the following weekend, or so I thought…

Two days at Thruxton would have been splendid, but there is an unwritten law that prohibits absence from the Walter Hayes Trophy (unless it clashes with your dad’s 90th birthday celebrations, as happened a couple of years back). Hence cameras, soup flask (chicken highly recommended) and thermals were prepared instead for Silverstone…

The contrast with the previous weekend’s Formula Ford Festival could hardly have been greater. 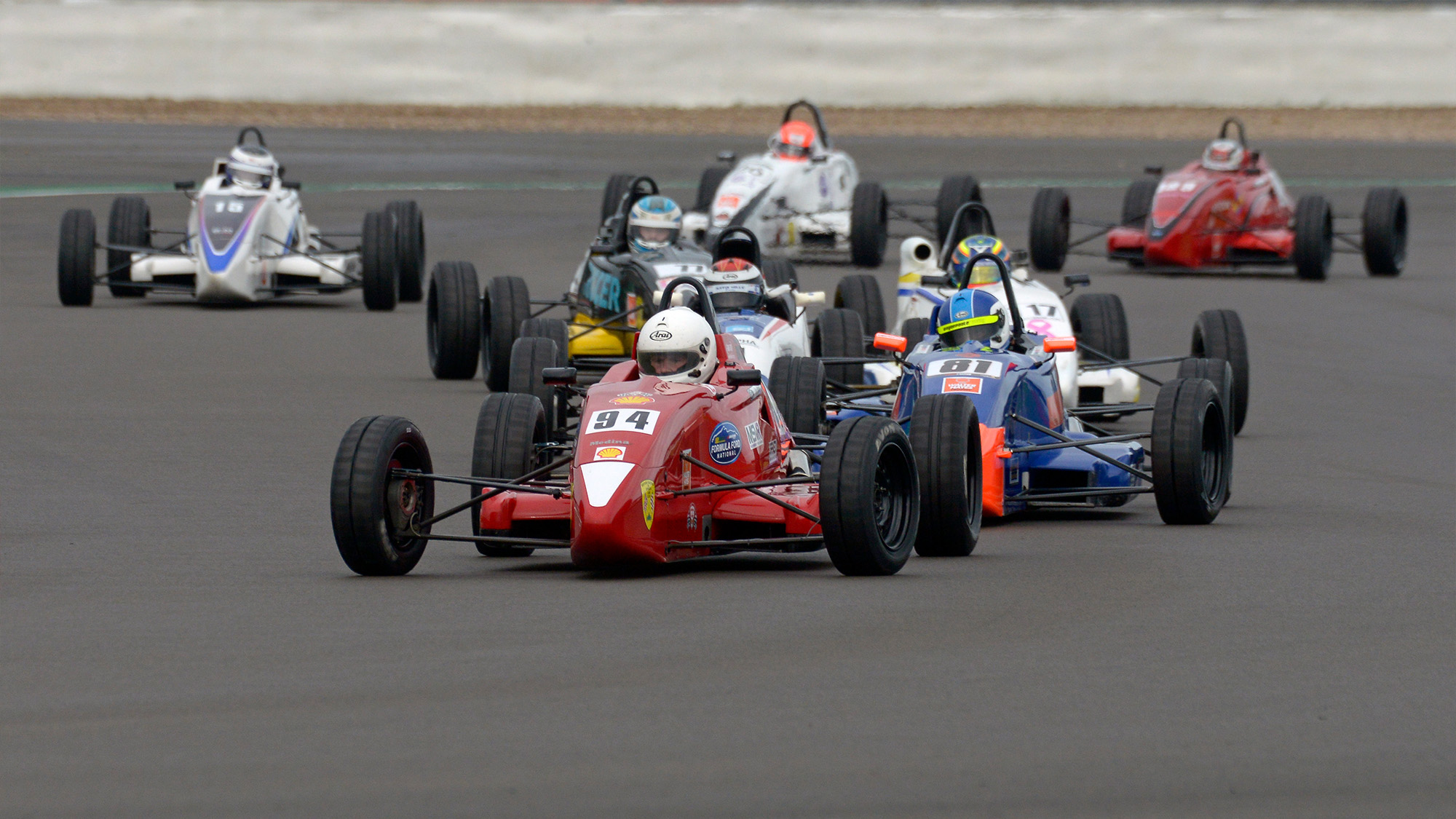 That had been fairly tame even by recent standards, with only 50-odd cars entered, but this was much more in the Formula Ford 1600 tradition. The field of 103 might be small beer compared with FF Festivals of the 1970s and 1980s, but it was still more than enough to generate fierce competition on a track that suits the discipline particularly well.

Proximity, though, can have its drawbacks.

During the Last Chance race, second of the morning and a final opportunity to qualify for the semis, an accident on the pit straight took out several cars. Red flags have become an all-too-familiar sight at modern race meetings, but it swiftly became apparent that the trigger on this occasion was something serious – and the arrival of a medical helicopter underlined as much.

Two of those involved, Dean Forward and Ken Finneran, were transferred to hospital by road, but later released with little more than serious bruising. Scot Colin Turner was airlifted to a specialist unit in Coventry, however, where doctors fought in vain to save his lower legs.

Racing eventually continued – as it always does – after a delay of almost two hours and Oliver White went on to win the Grand Final from Neil Maclennan, but by then most thoughts were elsewhere.

Turner’s strength of attitude and good humour have been apparent – and remarkable – in his subsequent social media posts. A fund has been set up to assist his recovery and donations can be made here: tinyurl.com/yyq57aw7.

The rest of the month…

Rallycross at Lydden Hill? The truck finale at Brands Hatch, with a side salad of Legends? Two tempting morsels in the same county on the same weekend, so the only solution was to spend one day at each.

A couple of days after it had been confirmed that both could go ahead without paying spectators, officialdom stepped in to decree otherwise. As things stand, though, there are still a few motor sport events – and not just rallycross – scheduled for December, a detail that encapsulates the peculiarity of 2020.