Colin McRae: 25 World Rally Championship victories to his name, one world title and a career spent spectacularly on the limit.

DiRT Rally 2.0 remains one of the finest rallying sims you can play, the realism, unforgiving nature and attention to detail make for an immersive, enjoyable and utterly terrifying experience.

Combine the two then, and you should have a thriller on your hands, and the latest downloadable pack for the latest DiRT title does not disappoint on that front.

The Colin McRae pack lets you relive his career, from early beginnings at 16 years old, racing a Mini Cooper S in 1984; to his first WRC win, with the new-to-the-game Subaru Legacy RS; and the later years of his career up to 2006. It’s DiRT at its unforgiving best.

There is no hand-holding here, you know what you are getting yourself into. If you’re coming into the game without much experience, the learning curve is as steep as usual, no special dispensation is made.

You progress through four chapters of McRae’s career, beginning in ‘The Early Years’ from 1984-1989, progressing to ‘Rising Star’ up to 1994, before taking on tougher challenges in the ‘World Champion’ years from ’95-’98 before facing new trials in ‘A New Challenge’, taking you right up to 2006.

At times you will find yourself flying through forests or blasting over gravelly hills and you can’t help but remind yourself of the famed mantra: “If in doubt, flat out”.

As you progress, each challenge though the career becomes tougher, with the requirements for completion ramping up in difficulty as well as the AI benchmarks you’re aiming to topple.

You’ll be wide-eyed on your first venture through each stage, on edge trying to keep up with relentless pace notes, and wary of the tree stump that flung you into the ditch on your last attempt or the hidden rock wall lining the route that stopped you in your tracks.

With 40 new scenarios to blast through though, you’ll have plenty of time to hone your speed and precision, experiencing the fun of the Mini, the noticeable grunt of the Ford Sierra Cosworth and feel like a rallying pro manhandling Colin’s Subaru to another overall victory. 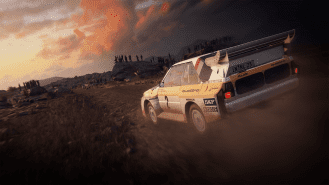 How a rally driver is shaping DiRT Rally 2.0

How Codemasters' latest hardcore rally sim benefits from famous names “This is a surreal experience for me,” says World Rally Championship driver Jon Armstrong, who happens to be the rally…

The game’s other new car, the Impreza S4, is a beast to drive. Tame it and you’ll be flying through stages with the biggest grin on your face. Get it wrong and you’ll be in the trees or off the side of a cliff in no time at all. It makes it immensely satisfying when you hook it up and surge to a stage win.

While there is not much new about the overall experience, the added cars in the form of iconic rally winners piloted by McRae are a welcome addition to the game for rally fans, and new routes in Perth and Kinross, Scotland are a fresh challenge to master.

The DLC is a nice showcase of McRae’s finest moments and memorable rallies but may feel a little familiar if you’ve sunk thousands of hours into the game already. It all depends on how much you want to be able to master the cars from Colin’s career.

There is no doubt however that it is a worthy challenge for the veteran player, and a fine hook for the newer player looking to immerse themselves in rallying legend. 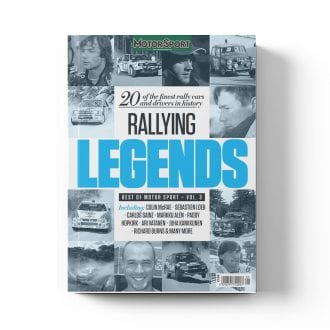