The stars of the future are forged in fun 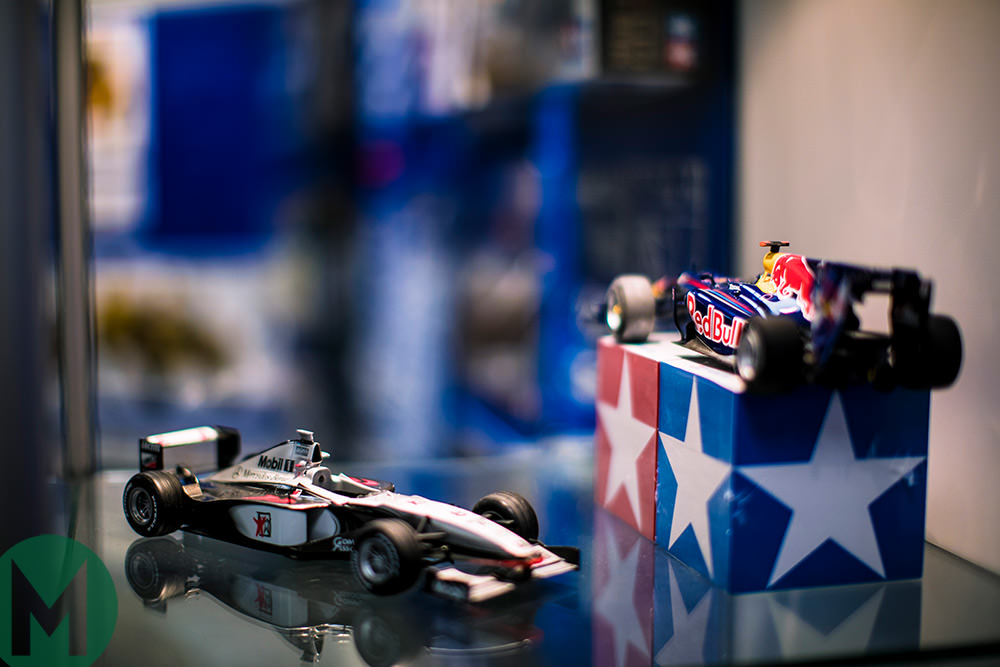 What sparked your interest in motor racing? Your answer will, in all probability, date you as accurately as your response to a question about your favourite band, film or whether you prefer Snapchat to Kodak.

Take Adrian Newey for example: in this month’s issue of Motor Sport Magazine, the chief technical officer at Red Bull Racing Formula 1 team is transported back to his childhood with a visit to the Tamiya storehouse. There, he was let loose among the Japanese model maker’s eclectic collection of cars.

Now, for the record, asking an interviewee – let alone one as busy and VIP-ish as Newey to do anything other than sit in a room for 20 minutes during an interview is notoriously hard. Most just want to get the interview out the way with – no offence meant to the journalist, none taken.

But this time with Newey it was different. From the moment we suggested Tamiya as the location, he bought into it. “Adrian is keen on the idea so we should be able to make that happen,” read the email from the publicist.

It became clear why he was keen on the idea as soon as Mark Hughes, Motor Sport’s Grand Prix editor, met him: “That Tamiya Lotus 49 is where it all started,” said Newey, full of enthusiasm. 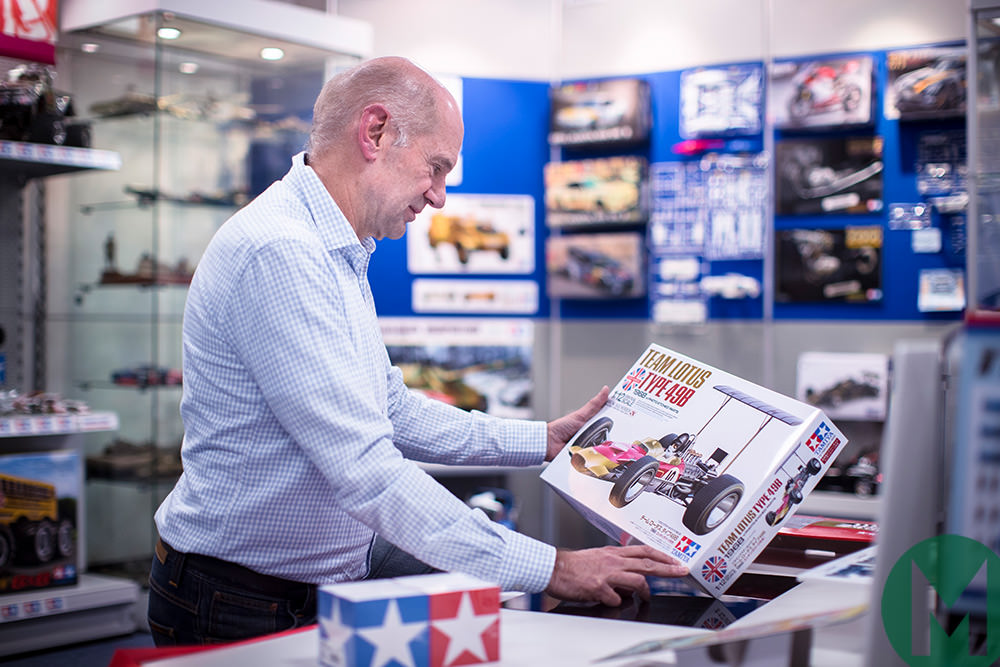 Over the course of the next hour, Newey and Hughes wandered around the warehouse of the Hobby Company – the UK distributor for Tamiya – in an almost childlike state of wonder as model after model brought memories of his childhood flooding back.

Newey grew up in Stratford-upon-Avon in the 1960s. It was a time when the golden period of Grand Prix racing was capitalised upon by companies like Tamiya and other model makers such as Dinky Toys, who made beautifully accurate cast models of race and road cars. Owning them was as close to the real thing as many young boys and girls could get and, as Newey demonstrates, it inspired countless numbers to get involved in the sport or follow it.

Also in Motor Sport this month, we speak to Sébastien Loeb, the 43-year-old Frenchman who won the World Rally Championship no fewer than nine times. The interview forms part of our celebration of the life of Colin McRae, but, it wasn’t the Scotsman himself who inspired Loeb to drop gymnastics and start rallying – it was the rally game that Colin helped develop and which became one of the most successful motor sport games of all time. “I discovered rallying through the Colin McRae game and [then] I had some seasons where I was team-mate with him. He is a legend.”

It is hard to over-emphasise how important childhood passions are in determining future direction, and it is important for the future of motor sport that the games children play today inspire them in adulthood.

Luckily, if the current crop of racing games – such as Gran Turismo Sport and Project Cars 2 – are anything to go by, the future looks bright. And it’s getting brighter. A visit to the Consumer Electronics Show (CES) in Las Vegas, which took place last week, would be enough to get any teenager hooked on the thrill of racing.

The children of tomorrow won’t just playing in front of screens, but be fully immersed in virtual reality races almost indistinguishable from the real thing. If that sounds unlikely to some who grew up to a V12 soundtrack and the smell of race fuel, witness the CXC Motion Pro II simulator shown at CES and one of the most advanced sims ever made… 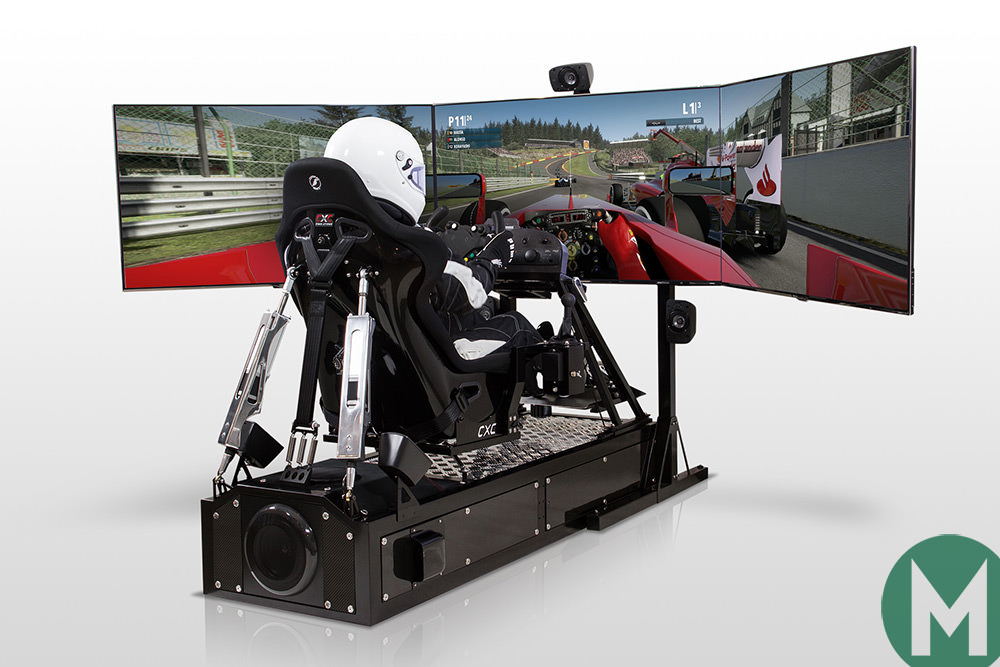 And it is not just the screens that are getting more advanced. The show also debuted a suit that can simulate pain and pressure all over the body which was designed for virtual reality games and which could potentially be used in racing games to simulate g-forces on the body.

The importance of gaming technology wasn’t lost on Kazunori Yamauchi, CEO of Polyphony Digital and creator of the acclaimed PlayStation Gran Turismo videogame series, who was at CES to promote a partnership with BMW.

Yamauchi, now a racing driver in his own right, said he was inspired to create Gran Turismo because he wanted to learn how to drive properly on a track. He acknowledges that the game also plays a part getting players more interested in motor sport. He sees fans of the game more engaged in watching racing championships because they are more connected to the experience of the driver.

Like a young Newey in Stratford-upon-Avon, marvelling at his box-fresh Tamiya Lotus all those years ago, or a teenage Loeb frantically piloting McRae’s Subaru through the Welsh forests while in his bedroom, the next generation of motor sport heroes have already started on the path to greatness. They just don’t know it yet.